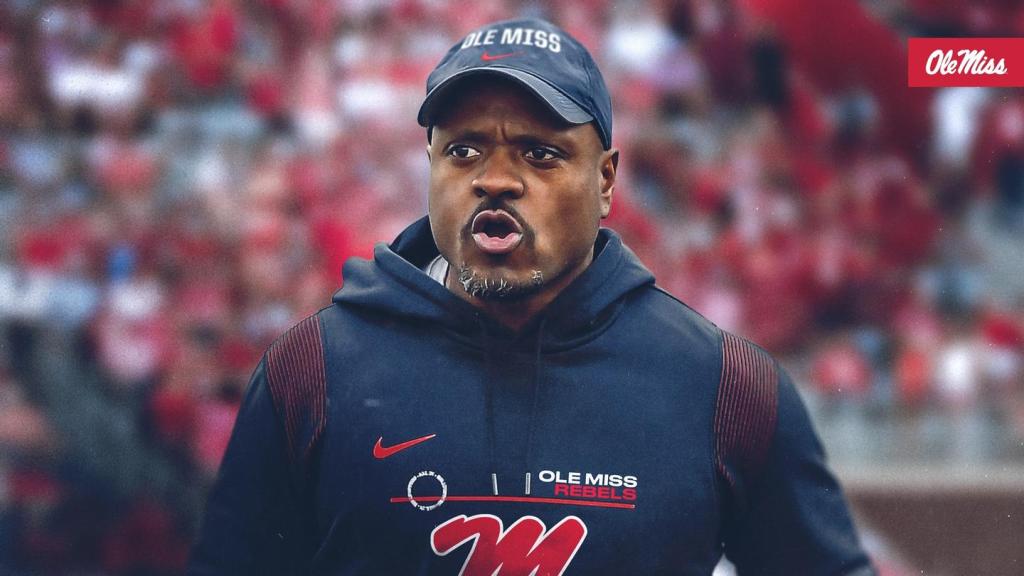 Hudson comes to the Rebels after serving in the same position the past two seasons at Western Kentucky. He has also coached in the Big Ten and Pac-12 during his career and has spent multiple seasons on Kiffin’s staff at both Florida Atlantic and USC.

“Coach Hudson has tremendous experience coaching the secondary and is another strong addition to our defensive staff,” Kiffin said. “We look forward to reuniting with Coach Hudson and him developing our cornerbacks and making an impact in recruiting, which he has done throughout his career.”

The Tampa native mentored a defensive backfield that helped WKU rank No. 3 in FBS in 2022 with 19 total interceptions. The Hilltoppers’ ball-hawking defense led the entire country with 32 total takeaways last year.

In his first season at WKU, Hudson helped lead a defensive back unit that led Conference USA in interceptions with 23 for the season. The WKU DBs also returned two interceptions for touchdowns. Additionally, Beanie Bishop was selected to the All-Conference USA first team.

Prior to WKU, Hudson spent two years on staff at Illinois. In 2020, the Fighting Illini tied for sixth in the Big Ten with seven interceptions in eight games. In his first year at Illinois in 2019, Hudson helped lead Illinois to six wins and an appearance in the Redbox Bowl vs. Cal, the program’s first bowl berth in five years.

That season, the Fighting Illini had one of the biggest upsets in Big Ten history with a 24-23 victory over No. 6 Wisconsin after entering the day as a 30-point underdog. The Wisconsin victory sprung Illinois to four straight Big Ten wins – the first four-game Big Ten winning streak for the Fighting Illini since the 2001 Big Ten Championship team finished the regular season with seven straight conference victories.

Hudson went to Illinois from Florida Atlantic, where he spent the 2017 and 2018 seasons as cornerbacks coach. In his first season at FAU in 2017, Hudson helped the Owls finish second nationally in interceptions with a program-record 20. Shelton Lewis – a first team All-CUSA selection – and Chris Tooley led the cornerbacks with four interceptions each, while Lewis led the team with eight pass breakups. FAU finished the year on a 10-game win streak, including victories over North Texas in the Conference USA Championship and Akron in the Boca Raton Bowl.

Before FAU, Hudson spent six seasons (2012-16) as a defensive administrative assistant at USC. In Los Angeles, he served in an off-field role for the Trojans and was an important cog in USC’s recruiting machine, both identifying talent and dealing with prospects on campus, helping craft several top-10 recruiting classes in the process.

USC had three 10-win seasons during Hudson’s time there, including a win in the 2017 Rose Bowl over Penn State that helped the Trojans finish No. 3 in the final Associated Press poll. During the 2016 season, both his and Helton’s time at USC overlapped.

Hudson started his career at the University of Charleston (2004-08) before becoming the defensive coordinator at Mainland High School in Daytona Beach, Fla. (2009-11). He played college football at Reedley College (1997-2000) before transferring to West Virginia Tech. He played his final season for the Golden Bears in 2001 and earned his degree from the school in 2004.