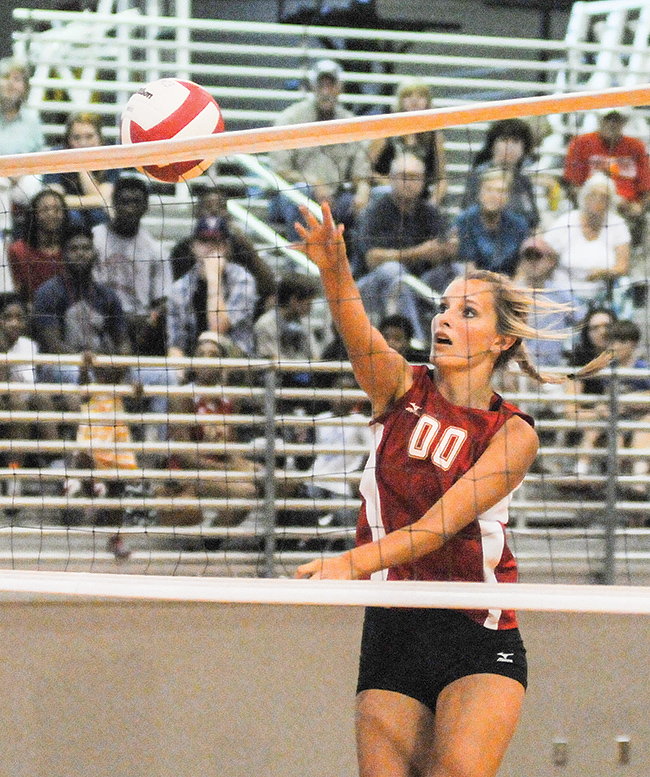 “The wheel’s fell off,” Jordan said. “We started worrying about ourselves too much and started doubting a little bit. That’s completely unexpected because this team has a lot of experience… I didn’t feel like we played bad. I just think we didn’t play with a lot of energy.”

The match’s pivotal moment, or moments, came in the second set. Ripley lead the Commodores 11-8 when Jordan took a timeout to try and regroup his team. The chat worked as Lafayette went on a 12-3 run for a 20-14 lead. Staring at a 2-0 lead and a tight grasp on the match in the face the Commodores were unable to close the door on Ripley and the Tigers went on a 13-5 rally to notch the match at one game a piece.

After losing a heartbreaking second set the air came out of the Commodores and fatigue appeared to set in as Ripley dominated the final two sets of the night, clinching the match.

“Today Ripley just took it to us in game three and four,” Jordan said. “We know who they are. They’re a very well coached team. They play with high effort. They serve the ball extremely well. None of that we didn’t know.”

Another factor in Lafayette’s loss Thursday night were the unforced errors. The Commodores had eight errors in the match and struggled to serve the ball, hitting the net and giving the point and ball back to Ripley in key moments.

“We’ve not done that all year long,” Jordan said. “We gave up eight serving errors. We played a game where we had 11 but we won because we were attacking. Tonight our errors came on our first serve… When they are happening back-to-back-to-back like that you don’t gain any ground.”

It has been a rough stretch for the Commodores on the tail end of this 11 game stretch. Lafayette fell to Corinth Tuesday in another close match and went 2-2 in last weekends Set it Off Challenge held in Ridgeland last weekend.

Their next game is next Tuesday and Jordan feels the break has arrived at a perfect time.

“You can see it. It’s just time for us to be apart,” Jordan said. “It will be good for them. We’ll come back Monday and we’ll be re-energized. I’ve coached this game long enough to understand that i’m very business-like. I have a tendency to suck the fun out of it and maybe tonight that was a reflection of me than it was of the girls.”

Lafayette will return to action Tuesday when they host Senatobia.