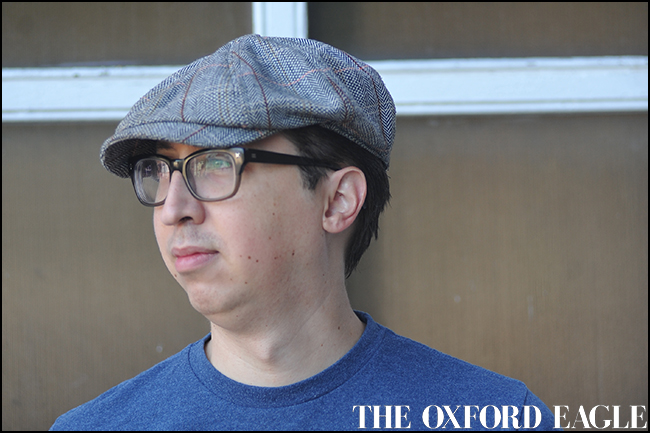 The first videogame in his home was a Tomy Tronic Pac-Man handheld game that he still owns, and his first real gaming system was an Atari 7800.

“My brother Chris and I would spend hours playing Joust and Combat on wintery Ohio evenings,” he said. “I always felt like I was an exceptionally good player on certain games and didn’t really have any way to measure it.”

After viewing “The King of Kong: A Fistful of Quarters” documentary, Perea looked up the record-keeping Twin Galaxies’ website high scores to see if he could beat the record.

According to a news release, Perea is listed for having the Biggest Blowout score for the Nintendo Wii’s “NBA Jam” and “NBA Jam: On Fire Edition” for Xbox 360.

Perea, or “El Bebop Kid” as his music fans might know him, has been breaking world records since 2008 when he had his first score for “Polaris,” an obscure Atari 2600 submarine game, verified by Twin Galaxies.

“One record wasn’t enough,” he said. “I grew up a huge fan of professional wrestling and wanted to brag about being a 16-time world champion like Ric Flair. I passed that up a long time ago.”

“I grew up reading the Guinness World Record books as a child,” Perea said. “I had a Guinness Book of Sports Records from the ‘80s that had a section of arcade game high scores, and I actually penciled my own name and personal record for an Atari game into it.

“Holding a world record was kind of a silly childhood dream that I came around and revisited as an adult, and set out to make that happen.”

Perea is also listed in the 2010 and 2012 editions for multiple games. He holds 71 records on Twin Galaxies and several additional or overlapping records on other sites.

“I think it’s safe to say, I’m the Michael Jordan of NBA Jam,” he said.

Perea lived in Ohio until he was 8 before moving to Alabama, where he attended school. He moved to Mississippi at 18 and worked in the manufacturing industry, doing film-making on the side.

Film-making led him to become the multimedia producer at PMQ Pizza Magazine in Oxford three years ago. He also holds online certificates in music production from Berklee College of Music.

Perea has been writing, recording, and performing music since 2003, and in his spare time, he plays videogames.

“The more popular a given game is – the more people are trying to break the record, and the higher the bar is,” he said.

“Some games take strategy. Some take simply memorizing patterns and executing them flawlessly. Some take amazing reflexes, and some take a combination of all the above.”

Perea said he excels in games that have a blend of strategy, patterns, and some room for improvisation.

He enjoys basketball and has a good “basketball IQ,” but was not athletic.

“Sinking pixelated three-pointers fulfills that need to play and compete” he said. “Plus, I don’t have to worry about injuries.”

“It’s become passe in the Internet era,” he said. “Most modern games don’t even have scores.”

He said what makes him a good gamer is the same thing that makes a standout athlete good – “the will to embrace the grind and find a way to hone talent and improve.”

Perea said he’s always wanted to do a live event during which he attempts to break a record in front of an audience for charity. He’s working with the Oxford Film Festival for an event this fall.

He said he’d also like to transition to live tournaments and go to PAX next year, the largest gaming convention in the country, in an attempt to win the “NBA Jam: On Fire Edition” live tournament against human players.