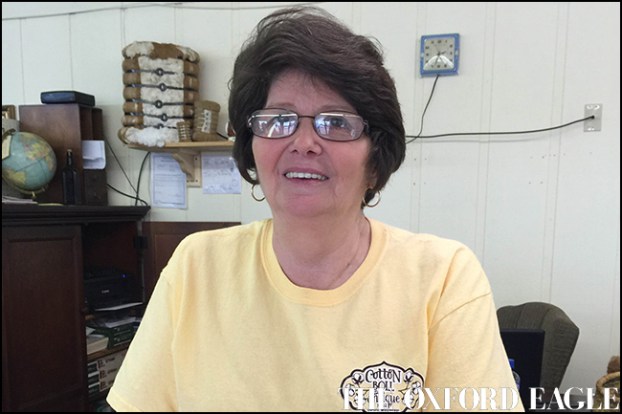 Shirlene Coats is an Oxford resident and business owner.

Shirlene Coats was born in Cleveland, Mississippi, but has happily settled down in Oxford.

“I remember my mother played piano in church, and I would sit on the piano bench with her,” she said, recalling childhood memories of the town.

She lived there until she was 4.

“My mother died when I was 4, which is why I moved to Lafayette County to live with my grandparents,” Coats, 61, said. “I remember going to church at Abbeville. I still have the friends I made at church when I was 4 and 5 years old.”

She was also the editor of the school yearbook her senior year of high school.

She got married after high school and worked in several factories.

One of her last jobs was at the The Depot Antique Mall in Oxford.

She worked there five years, dabbling in buying, selling and trading antiques.

“I’ve always had a love for antiques,” she said. “My grandparents had a house full of antiques.”

When the building at the corner of North Lamar and Highway 30 became available, Coats said she jumped at the chance to open her own antique business.

Today, she operates The Cotton Bowl Antique Mall in Oxford.

“We have several dealers in town, and that’s a draw for people,” she said. “People will come if there are several.

“People are not going to drive to Oxford for one shop. If they see a list of them, they will, because there’s more than one opportunity.”

Coats said she has a good relationship with other antique dealers in town.

“There’s a couple of them I will call if someone comes in and they are looking for something really specific that we don’t have,” she said. “I’ll call and see if they’ve got it, and I’ll send them somewhere else if I think there might be something there.”

Coats said she collects primitive antiques from the 1800s and is proud to own several pieces of furniture that she inherited from relatives, one of which is a cedar chest that was made for her mother.

The Vision 2037 document has been circulated for a couple of weeks and it’s now time for public hearings for... read more