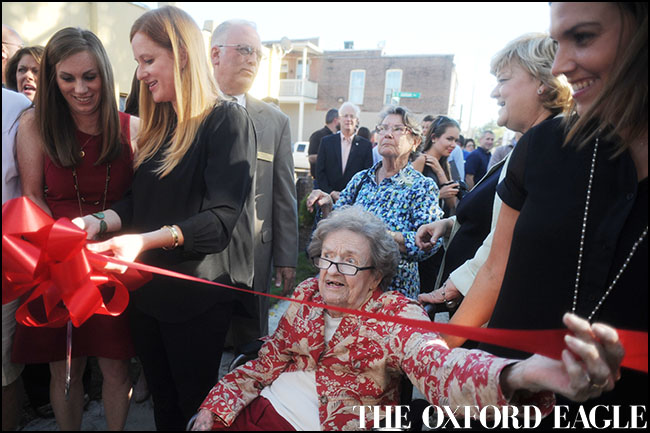 Judith Freeland holds a ribbon during the ceremonial ribbon cutting of Visit Oxford, in Oxford, Miss. on Thursday, October 1, 2015. Visit Oxford is now located in the building that one time housed the Freeland Law Firm.

Want to Visit Oxford? There’s an app for that, and a new visitor’s center.

The grand opening of the new Oxford Visitor’s Center was held Thursday at 1013 Jackson Avenue East.

Mary Allyn Hedges, director of Visit Oxford, addressed the crowd from the front steps of the historic Oxford building that has been renovated to house the new visitor’s center.

“In the last three years, Visit Oxford has grown and expanded tourism,” she said. “We were originally the Oxford Convention and Visitors Bureau. . . This has been our ultimate goal to have a new permanent location that could house and accommodate our ever-growing staff. We are thrilled to be in this new office.”

“We are funded by the 2 percent hotel/motel tax, and we have seen record-breaking growth over the past several years,” she said.

Hedges said Visit Oxford has also partnered with the Chamber of Commerce on a new series of Oxford videos. Some were playing on a television inside the new office.

“The other six videos will be released later this year that include education, health care, retirement, arts and culture, industry – so we are really, really excited to showcase that to the community,” she said.

“They serve for zero, for nothing, and they spend hours on end trying to make Oxford a better place, and we appreciate that,” he said.

It will feature historical points of interest around Oxford, local business information and voice over technology detailing landmarks. 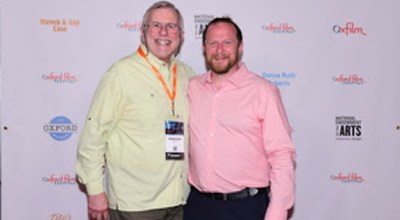