The horror of Oxford City Hall 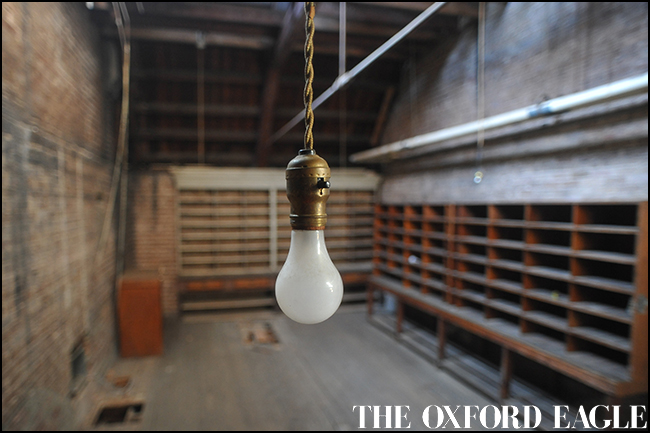 If you visit City Hall in Oxford, the elevator inside will only take you to the second floor.

There’s a reason for that.

The top floor is haunted.

“It is haunted by old Mayor McElroy – a cross, crotchety, ornery, old goat, and I’m not about to go up there again – ever – most especially at night,” said Mayor Pat Patterson describing the horror of Oxford City Hall.

“When I work late – which is often – I hear things banging around up there – somebody yelling at secretaries and staff – the old fire whistle, which used to be up there, faintly blowing – as well as other things that I am not going to talk about,” he said. “It is closed permanently to the general public for safety reasons.

“A number of television shows have wanted to come do stories, and when they hear the background – they feel it is too intense for television.”

Oxford may not be the next Amityville since its ghosts seem confined to city property. But The Oxford Eagle staff is always willing to investigate.

City Editor Alyssa Schnugg was brave enough to climb the stairs to the top floor a few years ago. She described the experience as “taking a ride in a time machine.”

“The walls are brick, and the floors are wood with sections beginning to rot away,” she wrote. “There’s dust and debris everywhere that’s probably been there for 100 years in some areas.

“The large bathroom, with plumbing fixtures that appear to be from the 1950s, is covered with chips of paint and dust from the falling ceiling. In a small alcove near one of the half-circle windows, a piece of rope curiously hangs in a small loop.”

The building was built in 1885 and was once the Federal Building and U.S. Post Office. It became City Hall in 1974 when city leaders traded with the government, exchanging the current U.S. Federal Building property for City Hall.

“Lord only knows how many men were sentenced to hang out of that old court room, and bootleggers sent to Federal prison when it was the Federal Court, including the two (who) were lynched for murdering the two Marshals,” said Patterson.

Schnugg observed during her tour that one of the rooms on the top floor is empty except for book shelves that line each wall.

She said an old water suppression system separates that room with what appears to have been a court room, marked 300A, which now houses the air conditioning and heating ducts. You can also see a large, carved emblem of some kind on the ceiling.

“Some have also heard the noise of an old typewriter banging away in the night, as if Faulkner himself were working,” said Patterson, “women weeping, and the condemned and convicted, begging and crying.

“It, simply put, is a dangerous and disturbing place, and I’m not going up there any more – period – or taking any one.”