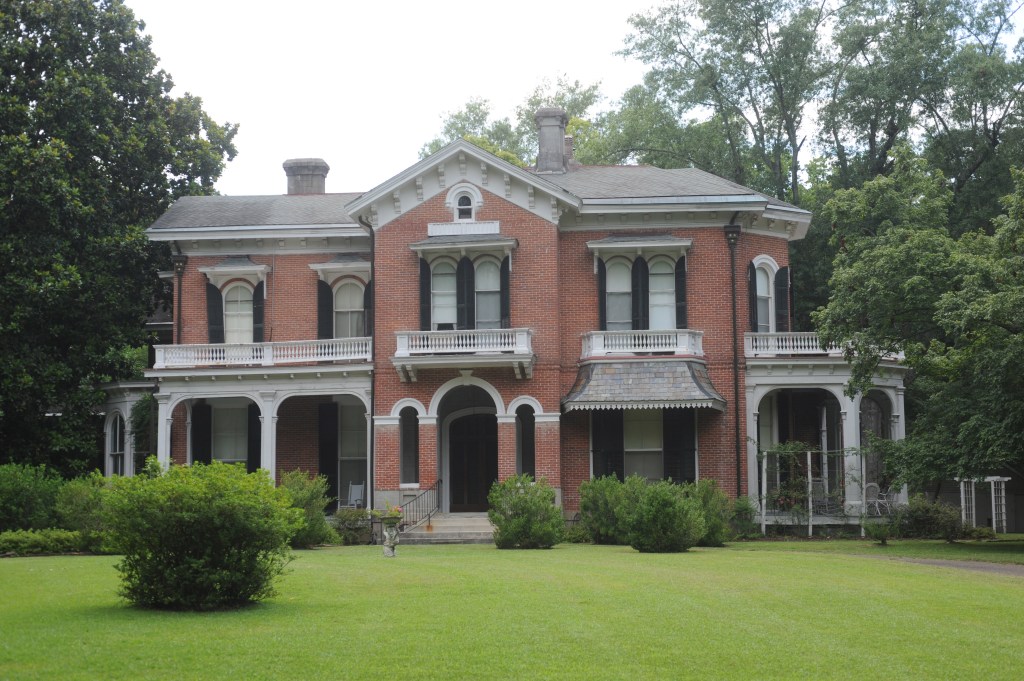 The historic home has been inspiration for novels and a movie.

It’s one of Oxford’s most notable landmarks, and it has been the inspiration for film and literature.

The historic home Ammadelle, at 634 North Lamar Blvd. in Oxford, was built around 1859 and served as a model for the Benbow house in William Faulkner’s novel “Sartoris.”

It also was featured in the 1950s MGM movie “Home from the Hill,” filmed in Oxford.

Oxford resident Pat Tatum said his family has owned the house since 1960.

“My mom and dad bought the house from Mr. David Neilson, who owned Neilson’s Department Store,” said Tatum. “The style of the house is Italianate villa. It was designed by Calvert Vaux, a well-known architect who had worked for Mr. Olmstead on Central Park in New York.”

Frederick Law Olmsted has been called the father of American landscape architecture, and Vaux was his senior partner.

According to nycgovparks.org, Vaux (1824-1895) was an English architect who spent 40 years of his career in New York City.

He designed private homes, apartment complexes, public housing and public institutions such as the American Museum of Natural History and the Metropolitan Museum of Art, according to the website.

Vaux also died tragically in 1895. He drowned while visiting his son in Brooklyn.

Tatum said there are approximately 7 acres surrounding the home.

“We used to be on the pilgrimage,” said Tatum. “After it fizzled, Mother would allow certain groups, like the groups from the Faulkner conference, to come by and tour the house. It is not open to the public on a daily basis.”

Tatum said the home has five bedrooms and four bathrooms.

“It’s one of the early homes that had an attached kitchen,” he said. “Most of the antebellum homes had a detached kitchen to prevent a kitchen fire from destroying the house, but this particular house was designed with the kitchen attached.”

Tatum said the home also has three sets of large, arched pocket doors. The house is approximately 8,000 square feet with 14-foot ceilings on the ground and second floor.

“There is a conservation and preservation easement on the house,” Tatum said. “The easement is held by the Mississippi Department of Archives and History so that the land cannot be subdivided or the house modified.”

Tatum said the 1960 film “Home from the Hill,” directed by Vincente Minnelli and starring actor Robert Mitchum, featured the home.

“I lived there when I was younger,” Tatum said. “It’s nice to have had the opportunity to live in and care for the house.”