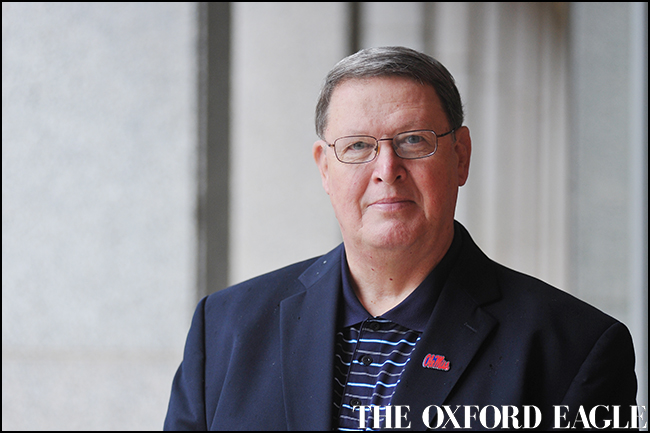 Oxford native Jim Stephens is one.

Stephens, 67, grew up in New Albany. His father, Hubert D. Stephens Jr., was appointed as the 1st Federal Court Clerk for the Northern District of Mississippi.

Stephens, who is now retired from serving 27 years in the U.S. Army, joined the military because, just prior to his senior year of college, he lost his college deferment because of his grades.

He was in the U.S. Army and the Mississippi Army National Guard Active Guard Reserve Soldiers Program serving from September 1969 to February 1998 with a one-year break in service in early 1972/1973.

Stephens worked in two separate non-commissioned officers academies for five years, each for a total of 10 years, training soldiers from the rank of E-4 thru E-8.

“I truly loved being a trainer/instructor, and the interaction with soldiers in a training environment,” he said. “I would like to think that I made a positive difference in making them better soldiers and, hopefully, better leaders for their soldiers.”

Stephens also served nine years as an assistant inspector general during which he resolved just over 700 soldier initiated complaints.

“I assisted soldiers in a variety of problems dealing with pay, medical, leave and promotion problems,” he said. “My goal was to always resolve the soldier’s problem and to make the military system work in a proper manner.”

Some of his best memories of military service include watching his students successfully graduate and complete courses of instruction during his decade as a military instructor.

“Although it will sound corny, but I mean it to be very serious, serving my country for 27.5 years in an honorable manner, helping to do my small part in keeping this country that we love so much safe from all enemies foreign and domestic” was also a best memory.

His worst memories include his first overseas deployment in Okinawa in 1970, and spending his first Christmas away from his parents and family.

Spending time away from my wife and son during my military career also was difficult.

“I was very fortunate to work on the Ole Miss campus in several university departments,” he said. “I truly love Ole Miss and being an Ole Miss alum.”

In his spare time, he works with the Doors of Hope Transition Ministries and occasionally works on the university campus in the Parking and Transportation Department.

“Veterans Day is important to me because no group of individuals, at any time during the history of our great nation, has fought, died and sacrificed to keep us more safe than our veterans,” he said. “We live in a free society today and enjoy the many freedoms we have today because of our veterans.

“This nation owes a debt of gratitude to every person having served honorably in the Army, Navy, Air Force, Marines, U.S. Coast Guard and the Army and Air National Guard units throughout this country.”