Carter has aspirations of becoming a police officer 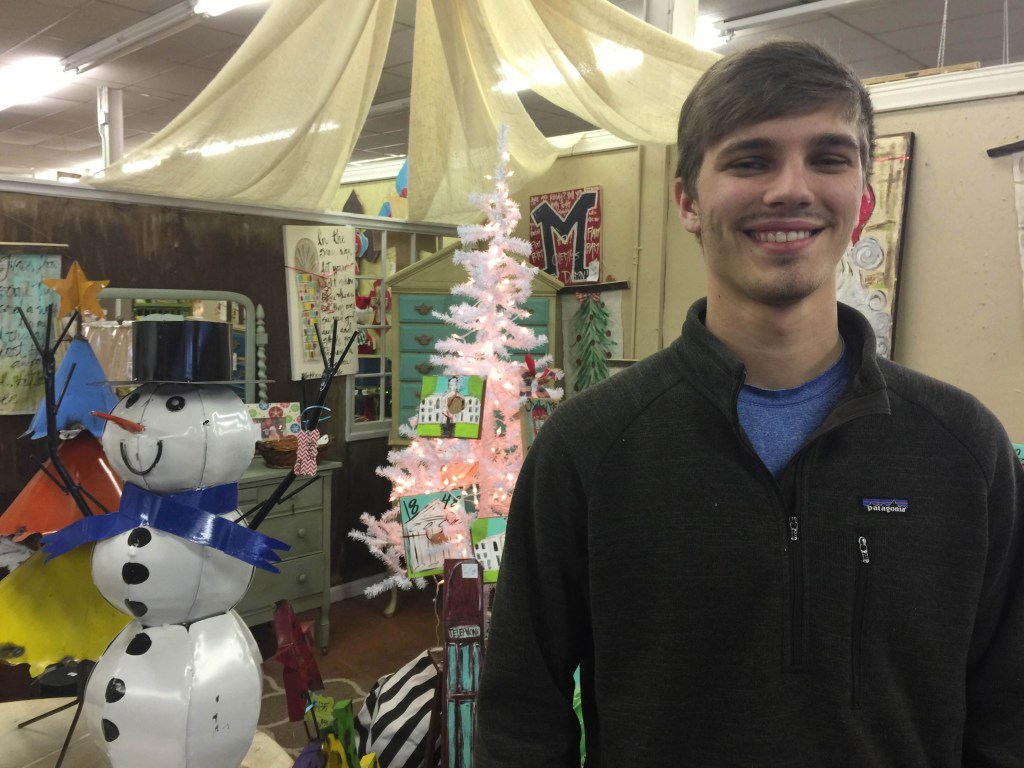 LaReeca Rucker Steven Carter is the manager of The Mustard Seed Antique Emporium and criminal justice major at Ole Miss. The Amory native hopes to become a law enforcement officer.

Amory native Steven Carter, 22, spends part of his days as the manager of the The Mustard Seed Antique Emporium at 1737 University Ave. in Oxford.

The rest of his time is devoted to studying criminal justice.

“We’ve covered terrorism in depth,” said Carter, referring to his studies at the University of Mississippi. “Homeland security is my emphasis.”

Carter, who has a minor in political science, said he’s been learning the basics of how the criminal justice system works and how certain court cases are handled. He’s also been studying Constitutional law and plans to someday become a police officer.

“I kind of saw that the world’s not perfect, and it made me want to get out there,” he said, explaining why he’d like to become a police officer.

Carter said he became interested in law enforcement when he was in high school.

“When I was a senior in high school, we were trying to choose our careers, because it was career day in high school,” he said. “And I couldn’t think of anything. Police officer is the first thing that came to mind. From there, I researched it a little bit. It interested me.”

As a child, Carter noticed that others had a different view of law enforcement officers.

“When I was little, everyone looked at the police like they were some authority figure, over everybody, and police militarization,” he said. “I just wanted to get in there and show everyone else that it’s not like that.”

At The Mustard Seed, Carter is a manager, but with his knowledge of criminal justice, some could say he’s also a security guard.

“It’s an antique store with a bunch of furniture, homemade items and handcrafted stuff,” he said, describing the store. “It’s a women’s store. There are a lot of women who come in here. They could spend their entire day here easily.”

Carter said he can be found at the store almost every day.