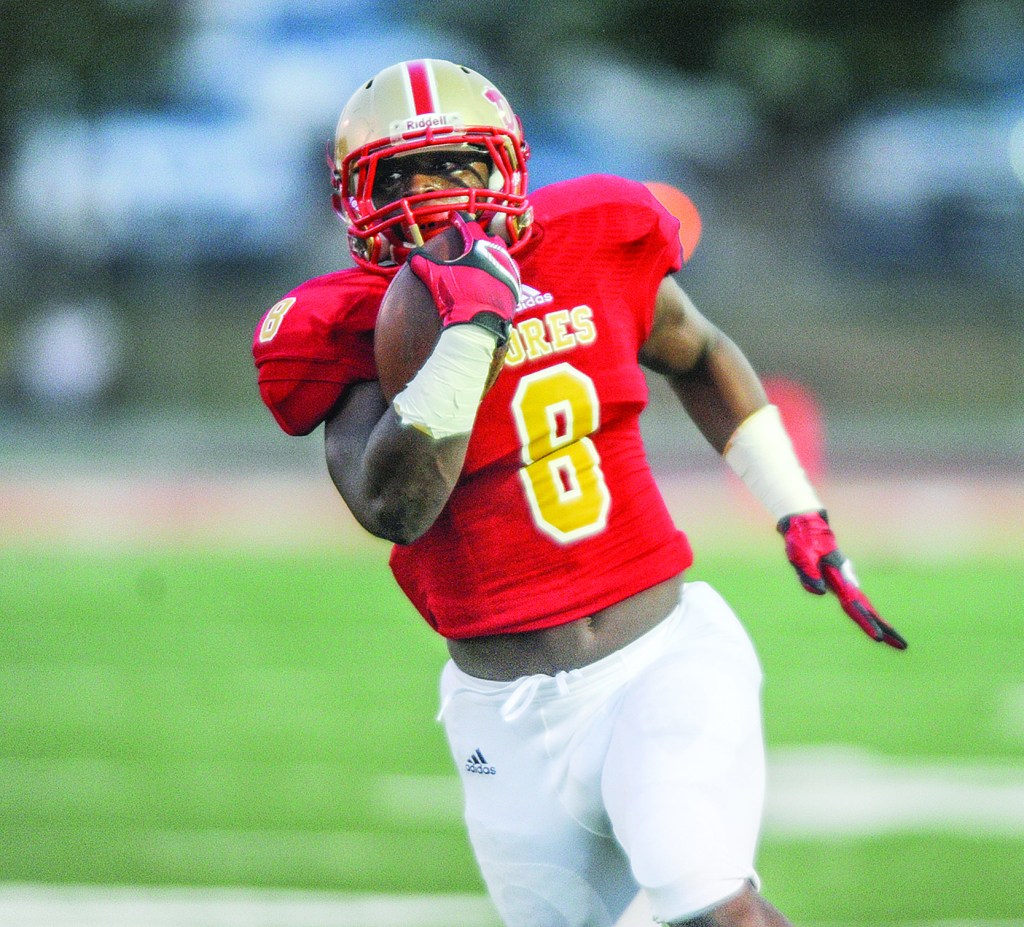 HATTIESBURG — Tyrell Price has surveyed the field all week at Hattiesburg High’s D.I. Patrick Stadium and is convinced he’s just as talented as nearly everybody else who’s practicing with him, or why else would he be here?

But most of Price’s teammates know they’ll be playing at a Football Bowl Subdivision school this time next year. Price still isn’t sure.

Lafayette’s senior running back will try to help his state win in what’s been a lopsided advantage for the opposition when he plays in the Mississippi-Alabama All-Star Game on Saturday at Southern Miss’ M.M. Roberts Stadium. The 5-foot-11, 212-pound Price was one of just 42 players selected to represent Team Mississippi after putting together the best season of his prep career.

But he still doesn’t have an offer from an FBS school, something he hopes to take a step toward changing this weekend.

“It bothers me a lot. I know I’m a good player,” Price said following the team’s second practice Thursday. “Some people who have got these offers out here now, I just know that I’m a little better than them. It’s not being cocky. It’s just being real. But I’m still going to work hard, do my best either way it goes and hopefully somebody will recognize me soon.”

Price was a workhorse for the Class 4A Commodores this fall, carrying 249 times for 2,053 yards and 31 touchdowns. He did some of his best work against some of the best teams on Lafayette’s schedule, piling up 161 yards on just 14 carries against 3A state runner-up Charleston, 214 yards against fellow 4A playoff team Tunica-Rosa Fort, 237 against 5A runner-up Oxford and a season-best 267 against 5A playoff participant Grenada.

Price was held to fewer than 105 yards just three times this season, but he scored three times against Horn Lake and had just five carries against Byhalia. Noxubee County, led by star defensive end Jeffery Simmons, limited Price to 60 yards on 25 carries in the second round of the 4A playoffs before eventually winning it all.

A three-year starter, Price finished his career with 4,374 yards and 49 rushing touchdowns.

Gaining attention
It’s resulted in scholarship offers from nearly every junior college in Mississippi, though the lack of interest from bigger schools, Price admitted, has been justified because of his academics. Price entered this season without an ACT score high enough to get him into FBS schools, but he took the test again in October and got some good news last week.

“I just passed my ACT, so I’m eligible,” Price said. “If they know I’m not eligible for a school, they’re not going to waste their time offering somebody who’s not going to be able to come in. I’m positive that’s the reason I haven’t had (offers). I’ve heard that before.”

Price said he often hears from coaches at Northwest Mississippi Community College, East Mississippi CC, Northeast CC and Itawamba CC. Southeast Missouri State is the one FBS school talking to him with coaches recently paying him a visit at school, and Price said he’s going to “see if I can get down there” to return the favor to the Redhawks.

“Hopefully he’ll start getting a little more interest,” Robertson said. “He’s got to keep performing, and that’s what people want to see is performance.”

Price said he wants to start college at the FBS level, “but I mean, there ain’t nothing wrong with a junior college. I’m still going to wait it out until it’s time and see what goes on.”

He’s hoping one last quality performance Saturday will help give him more options from which to choose.

“A game like this, everybody is going to be trying to fight just to do better and look better playing against all-stars,” Price said. “Just looking forward to doing what I can do and go play my best.”

STAYING POWER?: Now ‘relevant,’ Rebels out to build on…