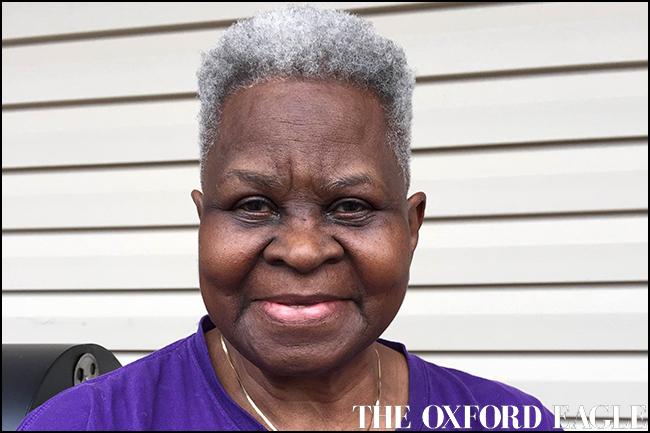 Saturday afternoon, Willie Mae Macon, 74, was seated outside the door of her apartment complex on Molly Barr Road watching family members affix Christmas lights to the windows of her home.

The Clarksdale native said she grew up in the country out in Coahoma County, where part of her responsibilities and chores included working in the fields.

As an only child, she fondly recalls playing with relatives.

“My cousin and I were brought up partly together, so me and him played hopscotch and games,” she said.

Macon attended school, but didn’t graduate. After school, she worked in a nursing home as a kitchen worker and helper.

Then she got a job at Northwest Regional Medical Center in Clarksdale in central supply.

“Central supply is right next to surgery,” she said. “You do the sterilizing of the instruments and putting them back together for the doctors to do surgery.”

It was Macon’s job to make sure the doctors had everything they needed to perform surgery on patients.

“It was handing off supplies that they needed on the floor, like tape, needles, different trays that the doctors use on the floor to do major stuff,” she said. “You had to know each one of those to put it in the right tray for the right doctor.”

Macon said it was her favorite job, but family sickness forced her to leave it.

“My husband was sick, and my mom was sick at the same time,” she said. “I had nobody to take care of them. I left work to take care of my husband, and two weeks afterward, he passed away. After that, my mom got down.”

Macon later moved to Peoria, Illinois, to be near family members, and returned to Mississippi in 2010.

Nowadays, she spends her retirement with friends and at church functions.

“My friend, Mrs. Jackie down there, we go shopping in the evening, and go to luncheons at different churches,” she said.