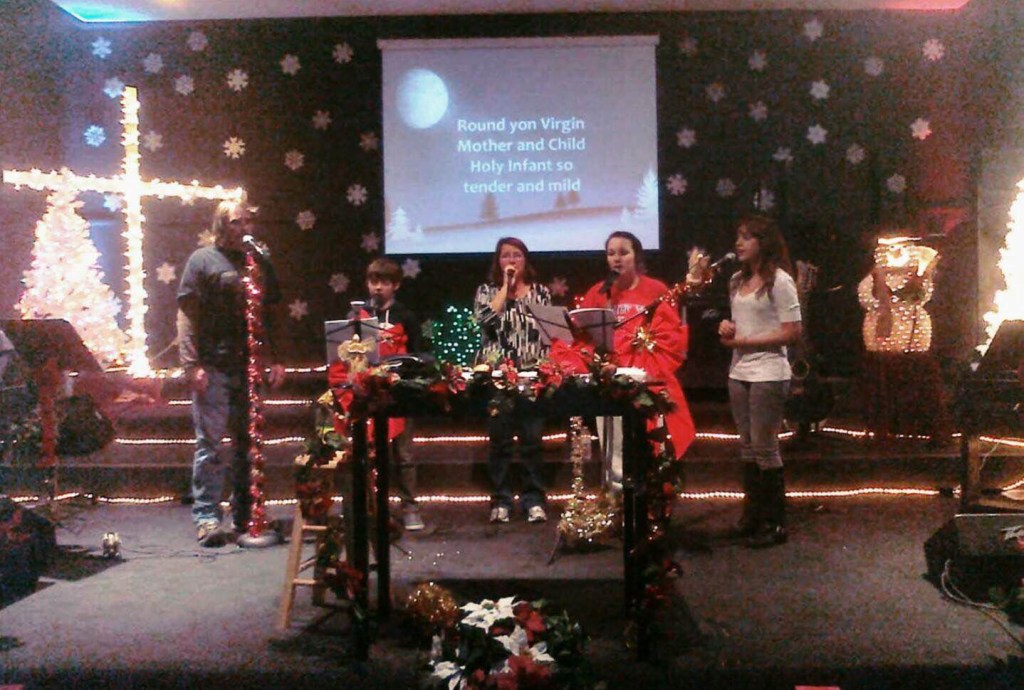 Christmas Fest began on the Gulf Coast, but the creators, who have moved back to Lafayette County, brought the event with them to North Mississippi.

Pastor Scott Mayhorn, a Virginia native and leader of Encounter Ministries of Mississippi, is spearheading the Christmas event.

Christmas Fest will take place at Wall Doxey State Park, just south of Holly Springs at 3946 Highway 7 in Waterford. It will be held from 6-9 p.m. today and Monday.

Mayhorn, who has lived in Mississippi for 15 years and in Lafayette County the last decade, said he and his wife lived in Long Beach after Hurricane Katrina.

“One of the buildings we moved into was right next to one of the biggest Christmas lights displays on the Gulf Coast — Winter Wonderland in Long Beach,” he said.

“Christmas Fest is just something that’s really been in my heart,” Mayhorn said. “We want to remind people of the meaning of Christmas.”

“I’ve been part of the Christmas festival every year that Scott and Raven Mayhorn have headed it up,” she said.

“It’s always been a great blessing to everyone who’s attended. It’s lifted their spirits and helped people understand the true meaning of Christmas.

“As for the people putting it on, it forms camaraderie and love that spills out into the attendees so that they leave feeling the true meaning of Christmas also.”

Craig said she hopes those who attend will leave “feeling the love of God in their hearts.”

“I would hope they understand, or at least have their interests peaked, to learn more about why the birth of Christ had to happen, and learn how important it is to love each other, no matter the circumstances,” Craig said.

Arkansas native Steven Walker, 46, has lived on the Mississippi Gulf Coast the past nine years and is the executive producer of a production company called Confidence Artist Productions. He’ll bring his talents up to North Mississippi for the event also.

“As a photographer, I was blessed for a number of years to be able to offer folks a free photograph for their holiday greeting cards during Christmas Fest,” he said.

“It warmed my heart to see folks take the time to remember that Jesus is the reason for the season.

“The Mayhorns are great people with a love for others like Jesus had. I hope people enjoy Scott and Raven’s first event in Oxford.”

Mayhorn said the event will take place in front of the fireplace in the main banquet hall. It will include a nonstop interactive Christmas carol concert. Visitors can sit and watch or sing along.

Free pictures with Santa and lifesize wooden nutcrackers will be offered, as well as free snacks with hot chocolate and apple cider.

Children under 10 will receive a free present while supplies last.

“It will be a lot of fun, very meaningful, very life-impacting, and a really great memory for folks,” Mayhorn said.

The event is free, and Wall Doxey has waived the park entrance fee.

You can also find the event page on Facebook.