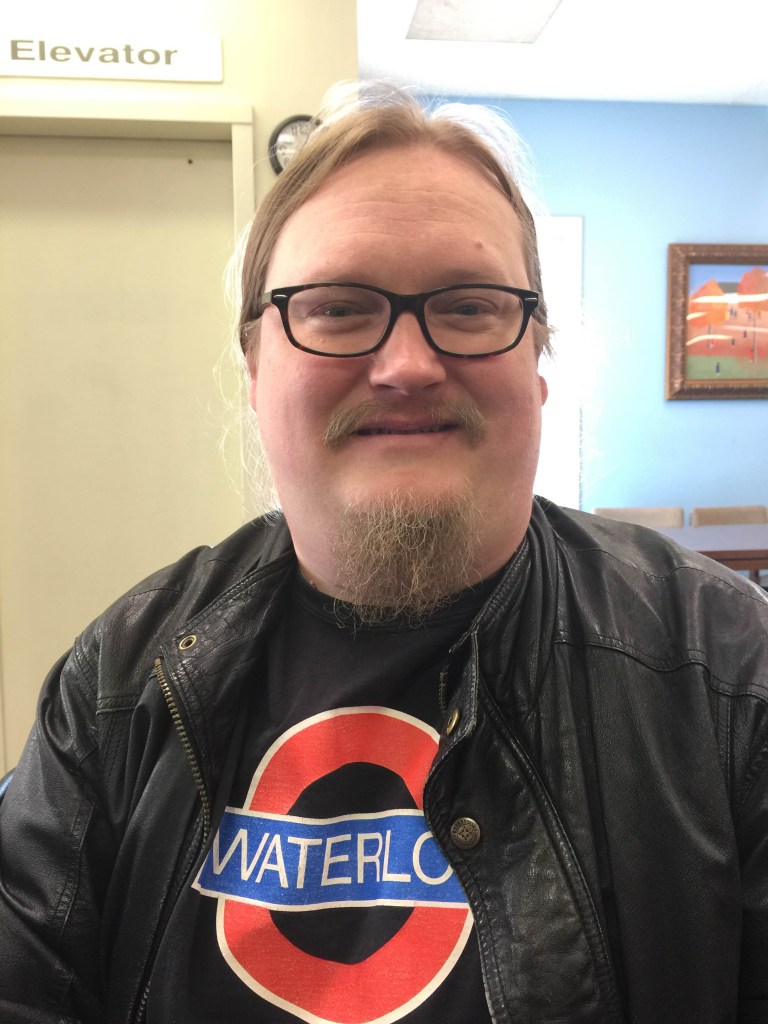 North Carolina native Eric Deaton, 39, was seated inside the county library this week using a computer. He recalled his move to Mississippi straight out of high school.

“I’ve been a musician since I was about 13, and Mississippi blues drew me here,” he said. “I moved to Mississippi in 1994, and at that time, there was a big scene happening – (blues musicians) R.L. Burnside, Junior Kimbrough — a lot of others were still around, still playing, so I decided to come this way and see if those guys would put up with me, and they did.”

Deaton completed a music apprenticeship with the musicians, and since then, he’s played with other area bands.

He also has his own group called the Eric Deaton Trio that plays at area venues like Ajax Diner and Proud Larry’s.

Like many children his age, Deaton grew up playing Star Wars.

“I had a lot of the figures and some of the toys and play bases,” he said, recalling childhood memories. “Me and my dad would get together — seems like it was kind of a Saturday or Sunday evening thing — we would set up the figures and have little wars.”

Deaton said he didn’t take music seriously as a kid; it was just something he enjoyed.

“I consider my grandfather my first musical influence just because he had a harmonica,” he said. “He was just self-taught, but when family would get together, he’d sit around and play it, or jump up and play. But at that time, it was just fun.

“I guess I started wanting a guitar when I was about 11. I begged my mom for a couple of years, and she finally broke down and got me one when I was 13. That’s when I started playing. She got me signed up for lessons.”

Deaton said he got into the blues early on.

“When I first started, my favorite stuff was classic stuff, like the Rolling Stones, Led Zeppelin, the Allman Brothers Band,” he said. “I soon realized that a lot of my favorite songs by these guys were written by other people. Turns out a lot of them were blues players.

“I started buying blues records and learning to play that stuff. I saw a documentary on TV called ‘The Land Where the Blues Began.’ It came on PBS.

“It just blew me away, and most everybody on that documentary was still alive, so I was like ‘Whoa. This stuff is still happening.’

“There just wasn’t much of that in North Carolina. But there was a lot of it here, and I was just drawn to the sound of Mississippi blues.”

Deaton said he originally moved from North Carolina to Senatobia to attend a community college and played music on the weekends. He moved to Oxford in 1996.

“We were just at Ajax Diner Thursday night, and we play at Ajax, Proud Larry’s, The Blind Pig Pub and Rooster’s,” he said.