Students are back on campus, gearing up for class 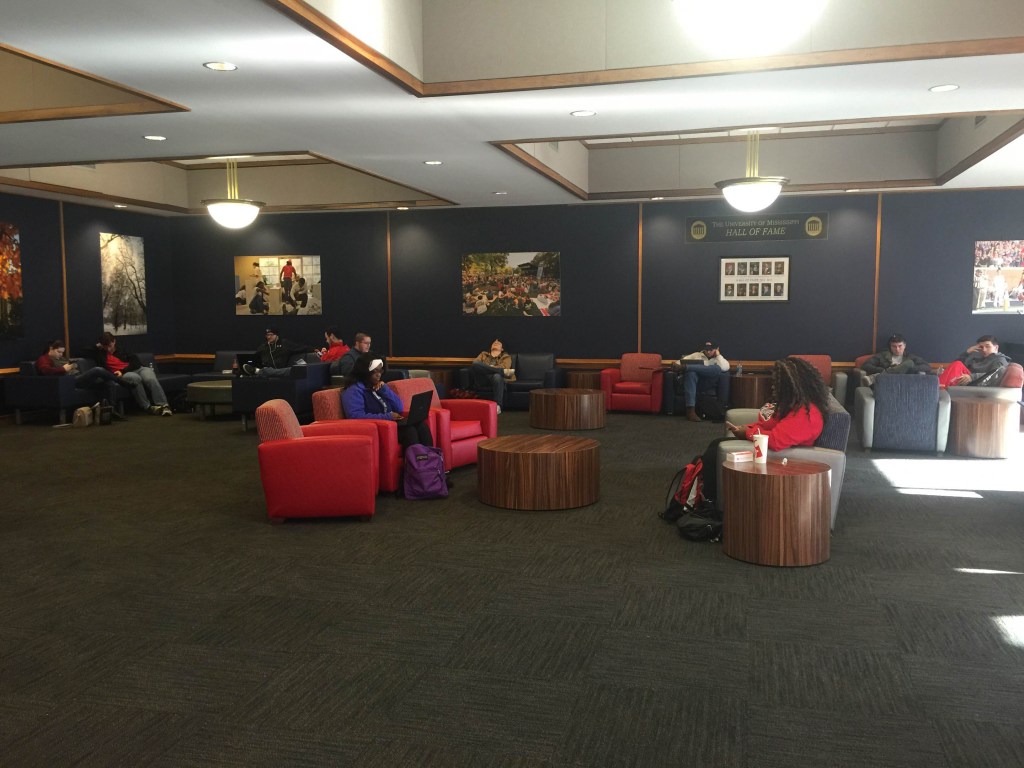 Students hang out in the Student Union last week.

College is back in session this week.

Students are boarding and exiting the Oxford University-Transit bus service, scurrying to their respective classes, and stalking for parking spaces.

When they’re not in class, many students hang out in the Student Union.

Shandanesha Johnson, 21, was found in a window seat inside the bookstore of the Student Union doing homework.

The Charleston native is a senior at Ole Miss. This is her last semester before graduation in May.

“My first day was kind of exciting, because I have an 8 o’clock class,” she said.

Johnson, who is studying communication sciences and disorders, said she’s filled with excitement about graduation.

“After graduation, I plan on working in the school district until I get accepted into graduate school,” she said. “I plan on being in graduate school by next fall, so I’m going to have a little break.”

Oxford native Jacinda Gardner, 18, was found in the lounge area of the Student Union sitting near a window. She was also engaged in studies.

She said her first week of school has been “good.”

“It was kind of stressful at first, because I dropped out of one of my classes,” she said, “but then I got into a new one, so everything is fine now. I think I like it.”

The freshmen said this is her second semester at the University of Mississippi, and she has just declared biology as her major.

“I want to go to vet school later, but I know I can get other jobs with a biology degree,” she said.

Gardner said waking up early has been difficult.

“I have two-hour breaks between all of my classes,” she said, “so I’m trying more this semester to do all of my work early. Staying motivated is going to be a tough thing because I have so much time I could just slack off.”

Oxford native Shelby Egerson, 20, said she was excited to come back to the university.

“I had to make my school schedule fit my work schedule,” said the junior speech pathology major. “So it wasn’t much of a problem at all.”

Egerson said she aspires to work in schools and eventually open her own practice.

She said she’s most excited about her anatomy and physiology class this semester.

“I’m excited about learning about body parts and functions, and how the brain works,” she said.

Right now, she’s trying to adapt to the schedule.

“I’m trying to get back in the swing of school, and get focused on studying,” she said. “I love my major, so I’m very excited to get to learn new things.”