ANOTHER LOSS: Slumping Rebels fall to No. 12 Texas A&M 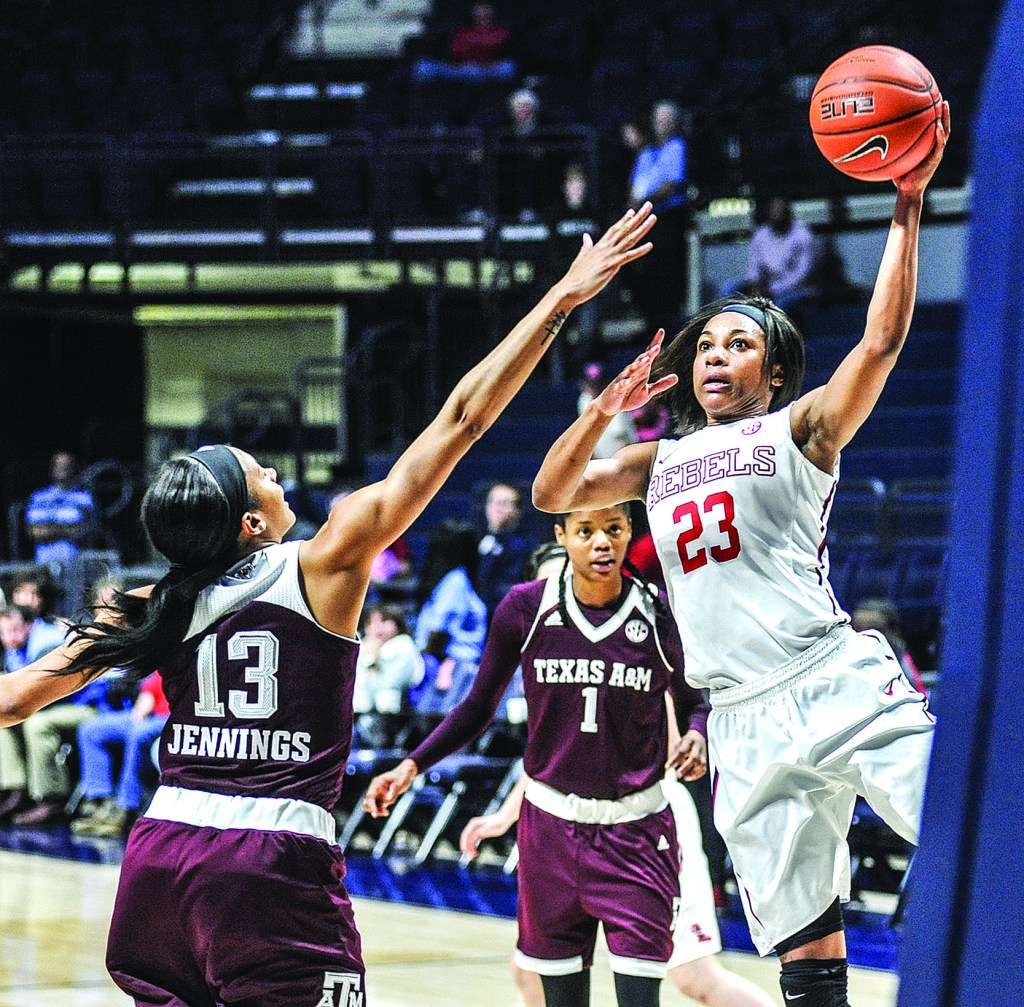 The season is slipping away from the Ole Miss women’s basketball team.

A sixth straight loss has the Rebels fighting to stay out of the Southeastern Conference cellar after dropping a 62-48 contest to No. 12 Texas A&M Monday night at the Pavilion.
It is also their 10th loss in 11 games.

The contest was not necessarily close as the Aggies jumped out to a 17-7 lead after the first eight minutes of play. The Rebels (10-15, 2-10 SEC) did keep things relatively close, holding the Aggies to 10 points in the second quarter, but could only score nine themselves for a 27-16 halftime deficit.

“What a rough first half,” Insell said. “I think both of us set basketball back 10 years. It’s where we’re at right now and all credit to Texas A&M with what they were doing defensively and using their length. … I did not like our enthusiasm in the first half. I thought we came out real intimidated in the first half.”

An 18-point third quarter sealed the Rebels’ fate as they could only muster 12 points, icing the game for the Aggies. The Rebels outscored the Aggies 20-17 in the fourth quarter and cut the lead to nine points but could get no closer after the Aggies made a 3-pointer to make it a double-digit deficit the rest of the way.

Double trouble
The game plan to stop Texas A&M was to contain the duo of Courtney Walker and Courtney Williams. Ole Miss limited the damage, but the two Courtneys still managed to fill the stat sheet.

“Eventually they’ll graduate,” Insell joked about Walker and Williams after the game. “We’ve done a pretty good job against Walker. I think Walker is the second-best player in our league. That’s a true credit to her. We limited her to eight shots. Walker and Williams have been a thorn in my side for four years. They just play really hard and require so much attention.”

Shandricka Sessom did not start Monday but managed to score a game-high 13 points for the Rebels while Erika Sisk returned to form, scoring 11 points. A’Queen Hayes finished with 10 points.

A silver lining on Ole Miss’ night was its ability to get to the free throw line after shooting less than six attempts against Auburn on Thursday. The Rebels went 14 of 22 from the charity stripe and 13 of 19 in the second half.

Ole Miss continues its stretch of three games in seven days with a trip to Knoxville, Tennessee, to take on No. 24 Tennessee on Thursday night before returning home to face No. 14 Mississippi State on Sunday.