City: Get rid of junk in carports 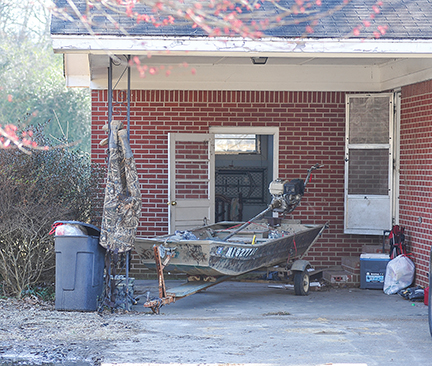 Residents of Oxford who like to consider their carport as an outdoor garage or shed may soon find a ticket hanging on their front door.

On Tuesday, the Oxford Board of Aldermen passed an amendment to the Land Development Code adding the definition of a carport to clarify its use.

“This will make them subject to the requirements of Section 87-46 of the city’s Neighborhood Code,” said City Planner Andrea Correll.

That section of code states that carports should be free of junked appliances, including iceboxes, refrigerators, stoves, washing machines and other like items. It also  will be illegal to store junked vehicles under a carport. Junked vehicles are those in a state of disrepair and incapable of being moved by its own power. Carports should be free of rubbish, defined as having weeds, grass, building rubbish and garbage.

A carport is defined as a roofed structure, fully enclosed on less than three sides, either attached to, or detached from the main building, for the main purpose of providing shelter for one more vehicle.

The Oxford Planning Commission voted to recommend approval to the aldermen in January.

Previously, anything that addressed carports in the code fell under the same definition as a garage, however a garage or shed is enclosed while a carport is generally open and visible from the street.

The ordinance change was developed to help give neighborhood code enforcement officers more “teeth” in dealing with residents who continually store junk vehicles, appliances and other trash in a carport.

The new amendment will take effect on March 17.

“This isn’t a huge problem right now. We have a couple of homes where it’s become an issue,” he said. “But we’re trying to keep it from becoming a bad problem.”

Repeat offenders who don’t heed Sossaman’s warning could face up to a $1,000 a day fine until the items are removed.

Sossaman said the amendment does not preclude homeowners or residents from temporarily storing something under their carport or tool chests or garbage cans with lids.

“It’s those who just load up the carport with a bunch of junk or use it like a garage,” he said.

— Heard a presentation from Sandy Rogers, director of Communicare, asking the city to be the lead agency for a SAMHSA grant worth $1 million a year for four years with the city contributing an in-kind match of $250,000 a year. The match could include salaries and buildings. Aldermen directed Rogers to meet with the city’s grant writer, Lynn Wilkes, and Mallette to review the grant specifics before returning to the board for a vote.

— Granted a revocable license for cypress solid waste structures on Davis Circle at the request of Oak Grove Apartments.

— Announced a vacancy on the Oxford School Board. Interested residents should submit a letter of interest and resume to the mayor’s office.

— Appointed Brad Mayo to the Economic Development Foundation Board of Directors.

— Heard a presentation by Earl Dismuke for a flag art project at Bailey Branch Park near FNC. Aldermen suggested Dismuke meet with the Oxford Park Commission prior to the board to gain approval of the project before aldermen consider the request, which includes spending $11,000 to get the project started.

— Adopted a resolution recognizing Samantha Toles who is retiring from the Oxford Police Department after 28 years. Toles worked in dispatch and later as a records clerk.

— Approved a request for the Oxford-University Transit System to submit its Fiscal Year 2016-2017 budget in a grant application to the Mississippi Department of Transportation. The grant covers 80 percent of capital expenses and 50 percent of operational costs. The city and university split remaining costs with the university paying about 66 percent.

— Approved a change to the city’s ordinance to allow the Mayor’s Commission on Disability Issues to increase its board size from five to seven members, to seven to nine members.

— Approved allowing food trucks to gain a special exception to park and operate in multi-unit residential areas with the property owner’s permission.

— Approved the preliminary plat for The Helix at Oxford, a multi-unit development on County Road 300 and Oxford Way. The developers have agreed to extend County Road 300 from South Lamar Boulevard to Old Taylor Road.