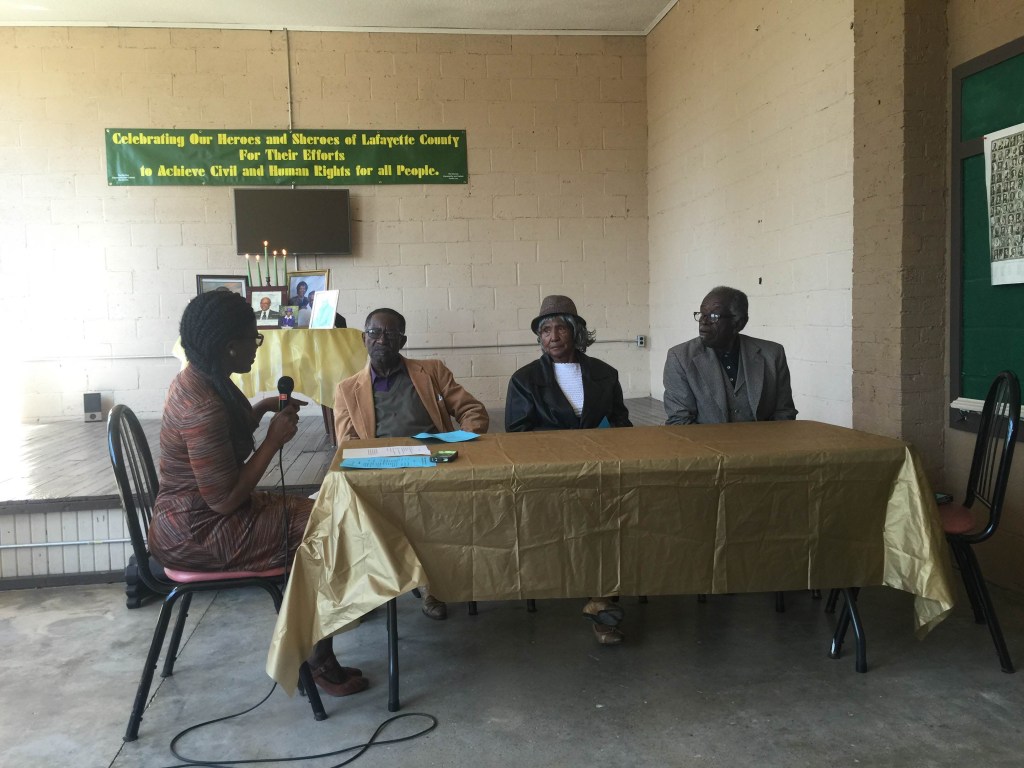 Gordon Center director Janice F. Carr, from left, Burley Malone, Lucinda Buford and Benjamin “Ben” Isom talk about some of their experiences as residents of Lafayette County Saturday at a black history event.

Growing up, Bruce Buford was often jealous of the time that his father, William Buford, gave to other children. Then, he learned a valuable lesson from his father as a young baseball player.

“There was a time when we had a baseball team in Lafayette County, and this team was compiled of some of the best players from the area,” Buford said. “This team went all over the state of Mississippi, and we didn’t lose a game — not one time to anyone.”

The city decided to celebrate the team’s victorious season, so they held an award’s ceremony, and trophies were given to players.

“That didn’t sit well with me at that time. Of course, at that time, you didn’t say what was on your mind. So I gave up my trophy.

“My dad later told me that there are times when you have to sacrifice your time and your treasure for others to be effective when you are trying to help people. I didn’t understand that at the time, but now I understand.”

Bruce Buford was one of the speakers at an event held Saturday at the Gordon Community and Cultural Center to honor local “heroes and sheroes.”

The three were later asked to speak about some of their experiences growing up in Lafayette County.

The event called “Celebrating the Heroes and Sheroes of Lafayette County” was led by Janice F. Carr, who works at the University of Mississippi in information technology and is the center’s director.

“We love our national heroes,” said Carr, “but there are a lot of local people who were very prominent in bringing about justice in Lafayette County. We have never really given them the kind of recognition they should have received.”

Carr said there are many African-Americans in Lafayette County who sacrificed to gain voting rights and human rights for younger generations.

“We are celebrating the lives of some of the people who were alive in the era of segregation in Mississippi,” she said.

The event featured an awards ceremony and a history game during which those who attended were asked questions about Abbeville’s history.