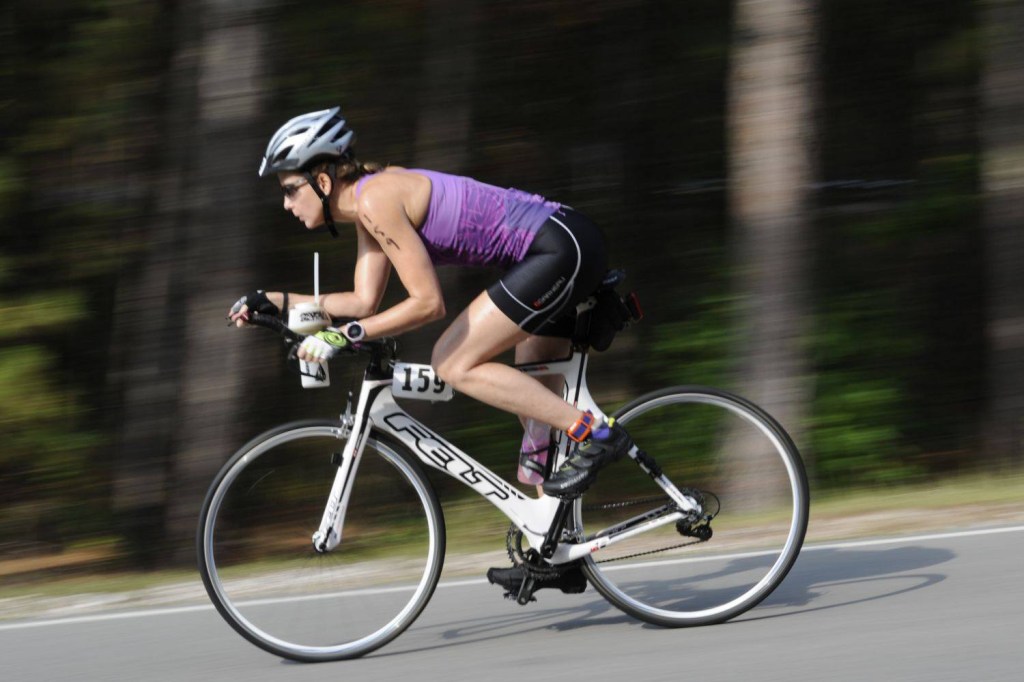 Brandon resident Lynn Rogers graduated from Ole Miss last year and is returning to UM for the April 3 triathlon.

Brandon resident Lynn Rogers, 54, graduated from the University of Mississippi with a degree in dietetics.

Last year, the registered dietitian competed in Oxford’s Rebel Man Sprint Triathlon, an event that the University of Mississippi has hosted the past 10 years.

“I’m an old swim team coach,” said Rogers, who was a competitive swimmer growing up. “I took up swimming again. It’s been 25 or 30 years since I’ve done it, and I’ve always walked. That’s what made me decide to do a triathlon.

“I signed up for the race as a away to stay in shape. I am a dietitian, so it’s always been important for me to balance exercise and nutrition.”

Rogers, who owns a place in Oxford where her daughter — a UM student — resides, will be competing once again in the 2016 Rebel Man Spirit Triathlon in Oxford April 3. Organizers say this is the first triathlon of the season held in Oxford. This race is open to beginners or athletes looking for an opportunity to train for later races this season.

The event will take place at the Turner Center on the University of Mississippi campus beginning at 8 a.m. The race will include a 440-meter swim at the Ole Miss Natatorium, a 22k bike around Oxford, and 5.5k run through campus.

“Every year, this race gets bigger, and we are excited to see increasing participation from runners across the state of Mississippi,” said Race Director Deirdre Brunton.

Karolyne Rehner is a second-year graduate student at the university who is in charge of public relations for the event.

“This race is a sprint triathlon,” she said, “so it’s shorter than a regular triathlon, which is great for beginners or athletes looking to train for other races. This is the 11th year Ole Miss has hosted this event, and it is the first triathlon of the season in the state.”

Rehner said graduate students in recreation administration organize this event with the help of other students in the Health Exercise Recreation Science Management Department.

Medals will be given to the Top 3 finishers in each category, as well as door prizes and free give-aways.

“Last year, we had about 200 participants,” said Rehner, “and this year, we are expecting at least 300. This is a great race for beginners, and it’s awesome to see people achieve that goal at the end of the day.

“It really builds self-esteem and confidence in one’s ability to do something challenging. Oxford is definitely a runner-friendly city. We have great sidewalks and bike lane availability, which makes it easier for the community to get out and be active.”

To learn more about fees and register for the race, visit www.rebelman.olemiss.edu.