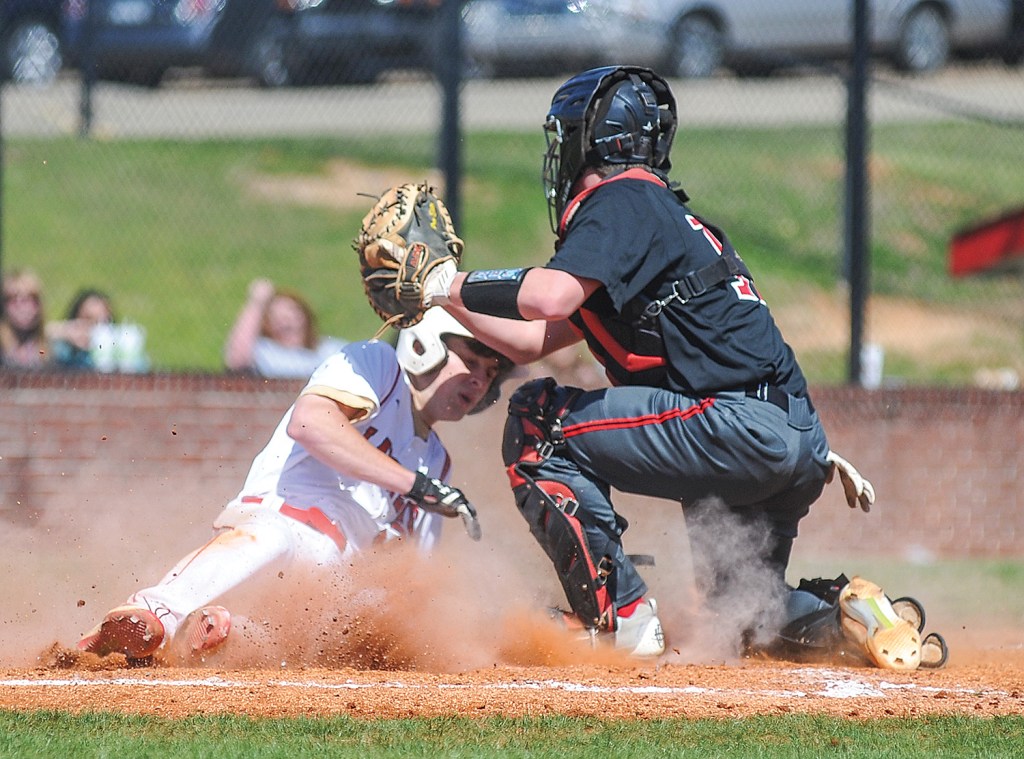 After dispatching Rosa Fort with ease in a region doubleheader earlier in the week, Greg Lewis was looking forward to facing Center Hill to see how his Lafayette team truly stacked up at this point of the season.

Lafayette’s baseball coach did not like the result as Center Hill defeated the Commodores 9-1 Friday afternoon at W.V. Brewer Field. A five-run fifth inning and five more errors by Lafayette (6-8) spelled success for the Mustangs (9-5).

Center Hill jumped on Commodore starter Reid Robison early for two runs on four hits in the first frame. Robison last only two innings before being replaced by Mack Bishop to start the third inning.

Lafayette’s ace kept his team in the game, only giving up a run over the third and fourth innings, but an extended fifth inning where he tossed more than 30 pitches allowed Center Hill to break the game open. Robison and Bishop issued four walks combined while only striking out three, which were all by Bishop.

“(Robison) was off a little bit and Mack was, too,” Lewis said. “We had a lot of walks in between there. I felt like we threw our best four guys out there today, and we still gave up nine (runs). So that doesn’t make me feel good going into district play. … You got to throw strike one. If you can’t get strike one, because there was only one guy in their lineup where I said, ‘Whew, we better not throw it to him.’ The rest of them, throw strikes and just do your job.”

Will Cullen worked two-thirds of an inning and Will Ard pitched the final two innings, giving up only one run combined.

After Center Hill earned the quick lead, the Commodores answered back in the home half of the second inning with an RBI single by Cullen to score catcher Ross Ingram, who had reached earlier on an error by the Mustang right fielder who was unable to catch an routine pop fly.

That would be the only run given up by Center Hill starter Austin Pace, who pitched a complete game and recorded six strikeouts for the win. Lafayette worked Pace’s pitch count early in the game, getting five hits in the first three innings, but the at-bats became shorter and shorter and the deficit grew larger and larger.

“I thought we did a great job at the plate, kind of like Tupelo. Three innings and then all of a sudden, we just went south,” Lewis said. “It was that five spot then we just kind of hung our heads a little bit. … First three innings, we took (Pace) deep, hit some balls. Then the fourth or fifth, we’re swinging early or taking a third strike at the end.”

Lafayette will jump back into Region 2-4A play on Tuesday when the Commodores host New Albany before traveling to New Albany on Friday.