It’s time for good fishing in the county 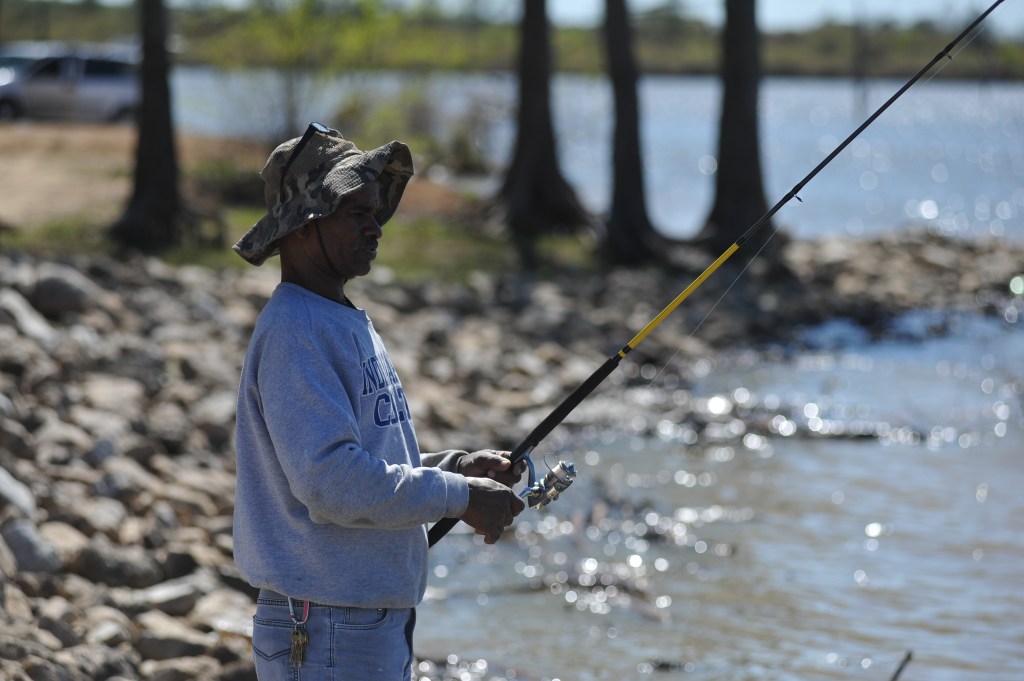 Access points along Mississippi’s lakes are filling up with out-of-state vehicles as the best fishing in the country begins.

Springtime means the crappie are biting, and whether you are fishing to relax, get sun, put food on the dinner table or compete with the area’s top fishermen, Sardis Lake is a top destination.

Grenada Lake, Enid Lake and Pickwick Lake are not too far away either, and that gives the area’s fishermen plenty to be excited about.

By day Lafayette County’s Todd Windham is a government and education manager for Verizon Wireless, but by weekend the 39-year-old is all about fishing. He’s been fishing for about 20 years and it has turned into a competitive sport for him.

“I started out fishing because it was a way to get away and unplug and to see nature,” he said. “There’s places around here I like to go out and go fishing and just relax and let my mind unwind. The more I did it the more enjoyable it was and I started to fish competitively.”

He soon started to fish all the time, whether it was for relaxation or getting as many of the biggest and baddest bass in the boat.

For the relaxing Sunday afternoon fishing with family and friends, he recommends heading to the Yocona River.

“There’s certain times of the year you can catch white bass that come up the river to spawn,” he said. “You can catch all day until you get tired and that’s a lot of fun.”

But if you want to get in tournament action and fish all day in the hot sun, he recommends Pickwick Lake.

“I got into tournaments and it’s a completely different animal,” he said. “I’m a competitive guy and it was like taking my favorite hobby and turning it into a race. It’s fun, it’s just a good way to get away from the everyday stresses of the world and satisfy your imagination.”

Even on Pickwick, the water is clear, but you can’t see the fish in the water because of all the grass. So, fishermen must use logic, an imagination and technology.

“You have to use experience, your maps and your graphs in the boat to see how deep you are and what the temperature is, and the more you do it the better you get,” Windham said.

He mostly fishes bass and loves the camaraderie of the Oxford Bass Club. It took him a while to get his groove fishing bass.

“I use artificial lures,” Windham said. “Over the years when you start out bass fishing you try different things. You invest your money. Most of what I needed to know was where and when, not necessarily what color and what specific lure. I don’t buy near as much equipment as I used to but I catch just as many fish.”

If you don’t want to travel to Pickwick, Windham recommends Sardis Lake.

“It’s good because you can either walk out there and fish with a pair of waders or old tennis shoes,” he said. “Or you can have a John boat or kayak or you can have a big bass rig. There’s a lot of options at Sardis. There’s fish in there, you just have to know the water level and how Sardis works. Sardis goes up and down so much, it’s at the mercy at what’s happening on the Mississippi River. It’s a flood control reservoir.”

Windham also recommends ponds out in the national forest like Puskus and Little Cyprus. He said fishermen can also go down Old Sardis Road and drive up to Toby Tubby Creek, where he learned how to fish by walking up and down the banks. There are also plenty of private areas to fish in, including subdivisions with lakes.

Windham advocated getting children involved and passing along the hobby.

“I try to get my friends out fishing because I know it does them some good,” he said. “Now that we are at the age we have kids, they’re more apt to take their kids fishing and pass it on.”

From crappie to competition

Michael Swider has benefited from the hobby being passed along to him as a child. Now 35, the Oxford School District maintenance employee fishes competitively and even has sponsors for tournaments.

“I fished my whole life, but it all starts with your parents and grandparents,” he said. “My granddaddy is the one who got me into fishing more than anything. I started crappie fishing and still do but there’s different types of fishing. You’ve got the everyday fishermen and then the competitive fishermen. They’re trying to make it to the next level and maybe one day I can.”

He said the beauty in fishing is it is different for everyone. For him, he lives for the competition and to have pride in being the best rather than the relaxation.

“I started tournament fishing back in 2006 and ever since then it’s not really a relaxing thing for me, but I do relax,” Swider said. “I like going out there by myself away from everything. Nobody’s bothering you out there. You’re on any body of water and you’re free. You can go as fast as your boat will let you. There’s no speed limits or stop signs. Nothing’s out there that can really bother you. You don’t have to worry about traffic. That’s my main deal, just going out there.”

He said tournament fishing is tough and after being out in the sun for three full days, you’re beat.

“You’ve got to go out there and press yourself,” he said. “It’s like body building or anything else.”

No matter what, Swider doesn’t forget who taught him the ropes.

“Granddad is the one who brought me to the fishing world,” he said. “He’s not around anymore, but he’s kinda my partner all the time. I named my boat after him after I started fishing. I get to lean on him on everything, he’s my fishing god. When you’re out there fishing tournaments, you have got to have something to lean on. You’ve just got to sit down and realize where you came from, who taught you and hope they taught you the best. And, he did.”

Swider’s top destination is Pickwick Lake for “all-around fishing.” But if you want crappie, “we’ve got probably the best crappie lakes as far as Sardis, Enid and Grenada, in the world.”

“If you went to the Sardis boat ramp today, you couldn’t find a parking space,” he said. “If you just counted Kentucky, Missouri and Illinois trucks, it would be more than Mississippi trucks. It’s been like that for quite a few years now. Crappie right now is the real deal. If I go out there it’s to stock the freezer up. You can fish all year, but now they’re in a spawn and it’s the best time to get them. We’ve caught quite a few the past few weeks.”

Taking it an extra step

For those who like fishing but want to take it up a notch, Toby Lawrence has some ideas.

The 50-year-old Lafayette County man has been fishing ever since he can remember, and lately he’s gotten into grabbling, where fishing is done with hands instead of poles.

“Fishing is fun, and of course you can eat them,” he said. “We fish for everything and do practically everything there is to do with fishing. Probably my favorite is hand-grabbling for catfish. They spawn and go in holes and you catch them with your hands. They do that in May through July.”

Sardis Lake is a top spot for hand-grabbling, he said. But for those who want to grabble in a little more peace and quiet, Lawrence recommends heading to the Delta to Coldwater River and Sunflower River.

Down there is where he caught the state record. It was a flathead catfish that weighed 81 pounds and 2 ounces.

Looking for more adventure, Lawrence was one of the lucky ones to get a permit to alligator hunt this past fall.

“I had never done that in my life,” he said. “We went north of Vicksburg and went down there a couple weeks and looked around.”

When they came back for the hunt, they landed a gator that was estimated at 650 pounds and 12 feet long.

Regardless of what the goal is when getting out and fishing, for Lawrence, it’s all about one favorite thing.

The Midtown Men coming to Oxford