Entertainment lights up the Square 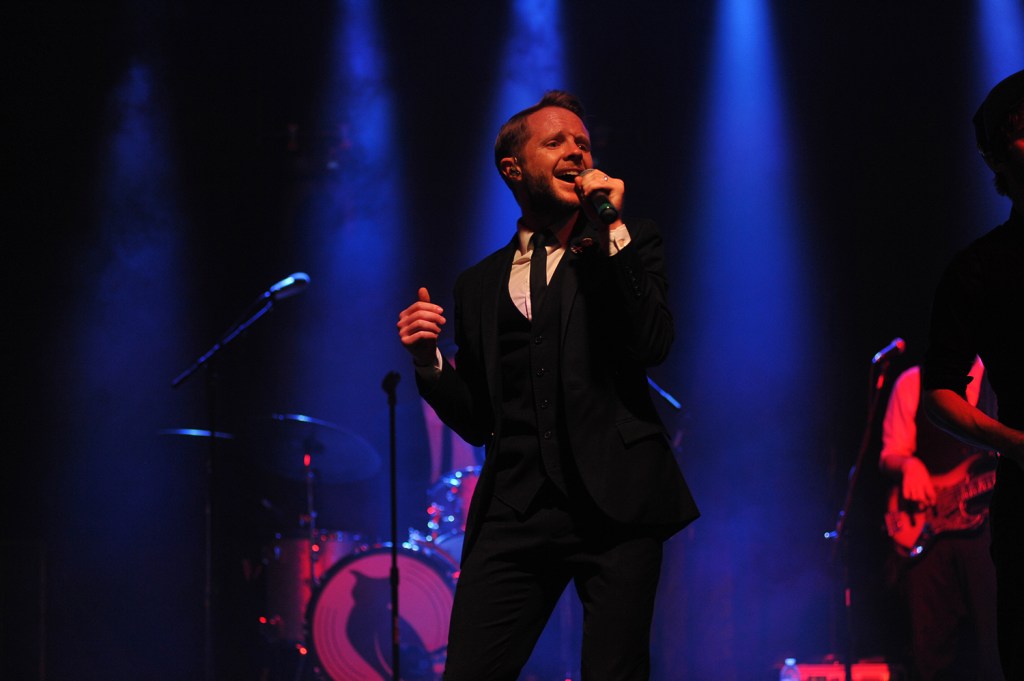 Ryan Hardrider sings as the The Nightowls play the Double Decker Arts Festival in Oxford, Miss. on Friday, April 22, 2016.

This time, the program included music by Cory Branan, an alternative country, rock and folk performer originally from Southaven.

Branan was followed by the Thacker Mountain Radio Hour that featured writer Kiese Laymon and the band The Nightowls.

While some dined on the patio at the Graduate Hotel, others pushed babies in strollers on the Square. Some sat in lawn chairs listening to music as the sun descended.

Brett Benson, 29, of Madison, and his wife, Julie Benson, 28, were there with their young daughters, Conley Mae and Clara. Both Bensons are Ole Miss grads. Julie graduated with a master’s degree in elementary education, and Brent earned a business degree in finance.

The couple and their daughters were seated on a bench Friday evening listening to music.

“We try to come up as much as we can,” Julie Benson said. “We enjoy the city. We both went to school here. We like to enjoy the arts festival and have fun with the family.

“In the morning, my parents are coming with us, and we’re going to be going from booth to booth looking at all the exciting, fun stuff and getting the girls some treats and just enjoying being out in the nice weather. Then we’re going to the baseball game while they go back with their grandparents.”

Oxford resident D.C. Bumgardner, 15, sat with a group of friends enjoying yogurt as the music played.

“I hadn’t heard of this, so about a week ago, people started saying the best week of town is coming up,” he said. “I’m going to hit some food trucks because that’s supposed to be a thing. I’m going to watch some music and get some drinks.”