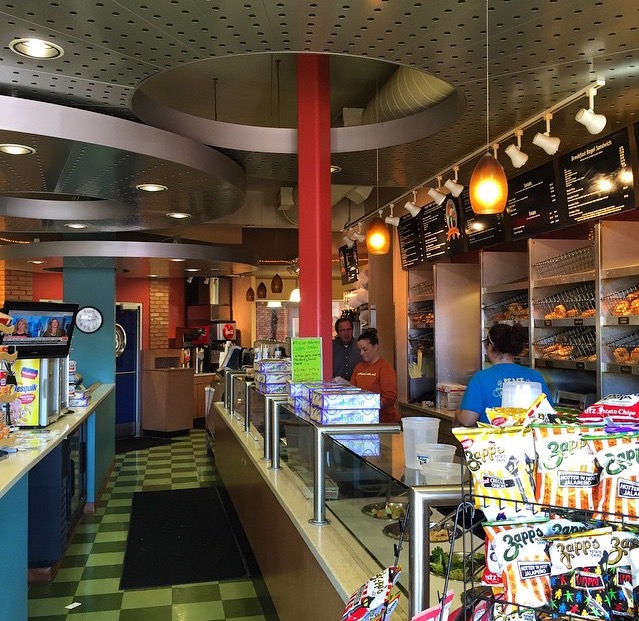 Once upon a time, there was a little beagle dog named Horace P. Belvedere from Mississippi. Horace grew up as a lonely, only child.

“Seems the harder I wished for a little brother, the more Momma suffered her spells,” Horace wrote on The Beagle Bagel Cafe website. “She was often besieged by the vapors, which coincidentally happened on those rare occasions when Daddy was home.”

Horace’s father usually peddled fertilizer for a living, but one day, he came home after a day of duck hunting in the Mississippi Delta and brought with him a puppy that Horace described as a “little ole, floppy-eared, prancy-pawed, beagle pup — the little brother I’d always wanted.”

Horace’s father told him that one of his hunting buddies from New York City gave him the dog, and that it was a little different than others. It would only eat bagels.

“I didn’t know what that was,” Horace said. “Daddy said it was kind of like a biscuit, only different.”

Horace cared for his little brother and fed him bagels all day, every day until he ran out. Then he and his mother learned how to make them.

“Pretty soon, folks all over Mississippi knew about Mrs. Belvedere’s Beagle Bagels,” Horace said. “That’s when we decided to open our own bagel shop.”

“Needless to say, our little bagel shop is now the talk of the town,” said Horace, “and the introduction of these delicious New York delicacies to Dixie can all be attributed to a little beagle pup.”

The Beagle Bagel Cafe, a unique dog-themed dining experience, can currently be found in the Jackson metro area. This summer, Oxford will welcome a 2,800- square-foot Beagle Bagel business at 1801 West Jackson Ave. that will employ 20-25 people.

The store will be owned and operated by brothers Ben Ulmer, 27, and Will Ulmer, 30. Both are Jackson Academy graduates who grew up in the restaurant business. Their parents created and opened The Beagle Bagel Cafe in 1995 in Ridgeland.

“This is our first Beagle Bagel to owner operate,” said Ben Ulmer.

Walk inside a Beagle Bagel, and you’ll notice dog décor. There are illustrations of a beagle dog throughout the restaurant that tell a fictional story about how the restaurant came to be. Ben Ulmer said artist Jean White created the artwork inside the stores.

“It’s an incredibly fun and fresh place to eat,” Ben Ulmer said. “We make tons of stuff from scratch. We are known for our chicken salad.”

Ulmer said they had talked about opening a restaurant in Oxford for a decade, and they became serious about it in 2015.

“The timing was right,” he said. “We are very excited and can’t wait to meet everyone.”