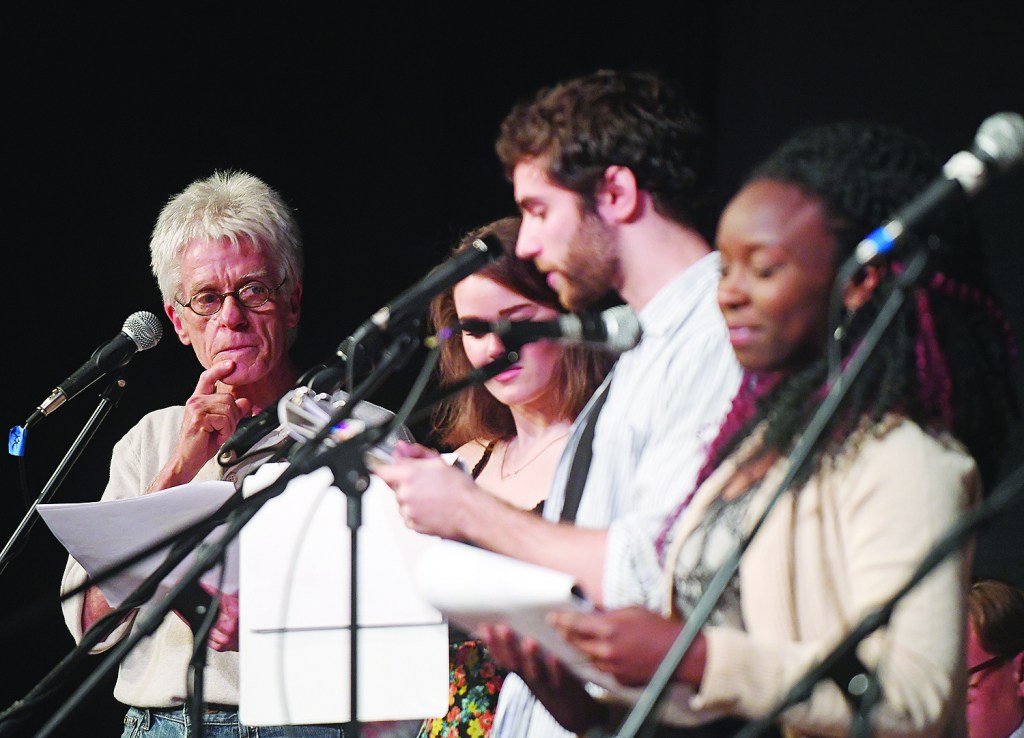 A rare copy of William Shakespeare’s First Folio is currently on display at the University of Mississippi’s Gertrude C. Ford Center for the Performing Arts.

In honor of its presence, Oxford resident Greg Earnest, president of Theatre Oxford, led a reading of William Shakespeare’s “The Tempest” Sunday afternoon. Following a reception, a number of local and non-local actors took the stage and read the play in character.

“When I was trying to think of actors to read for these roles, I had to think back to the Oxford Shakespeare Festival,” Earnest said, “because for 10 years, we did productions of Shakespeare plays, and for four of those years, I was involved, and I got to know a lot of good actors.

“So I contacted a lot of them who are still in town, and even one who was out of town that I knew could come back in, and all of them said ‘yes.’” The cast also includes some seniors who are involved in Ole Miss Theatre.

“I hope they take away the idea that, in this town, the arts — and specifically the theatre — is alive and growing,” he said. “In addition to all of the plays that you can see in this town through Ole Miss Theatre, through the high school theater, through Theatre Oxford, you also have all of these readings you can go to for free and just enjoy and trying to imagine the play yourself.”

Pennsylvania native Michael Ewing, 45, moved to Oxford five years ago. He read the role of Antonio, brother of Prospero, the lead character.

“In this part of the narrative, during the shipwreck that Prospero has created, I am trying to encourage Sebastian to kill his brother,” he said.

“We are all shipwrecked because we are coming back from a wedding. Essentially, I am a bad guy… The story is about a storm that redefines everyone’s lives.”

DeSoto County resident Peter Binnow, 42, who lived in Oxford for almost 20 years, read the role of Caliban. He said he hoped the audience left with a “love of language and love of Shakespeare.”

“There is no one else who gives us a better window to the human soul than Shakespeare,” he said.

According to a University of Mississippi news release, “First Folio is the term scholars use to describe ‘Mr. William Shakespeares Comedies, Histories, & Tragedies,’ a collection of 36 plays published in 1623. It includes 18 previously unpublished works, including ‘Macbeth,’ ‘Julius Caesar’ and ‘Twelfth Night.’ Only 233 copies of the book are known to exist.”

The Folger Shakespeare Library in Washington, D.C., sent a copy of the folio to each state to commemorate the 400th anniversary of Shakespeare’s death this year. The Ford Center was the selected location for Mississippi.