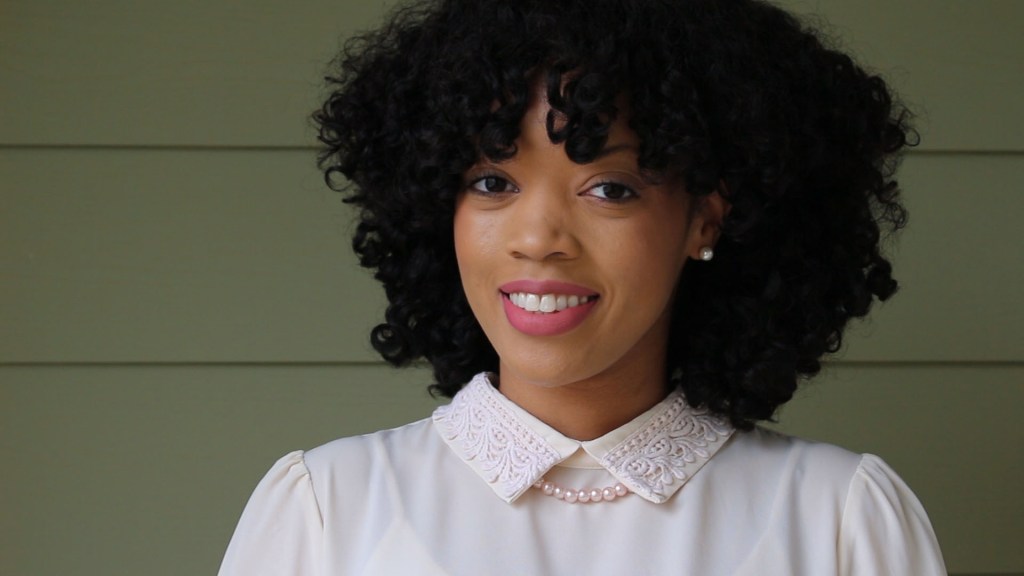 University of Mississippi graduate student Ashley F. G. Norwood said she understood what it was like to be “the fly in the buttermilk” when she came to Ole Miss. That’s also the name of her new documentary.

“The name actually came from a childhood rhyme that the neighborhood kids and I would sing when we’d jump rope,” she said. “‘Fly in the buttermilk, shoo fly shoo. Skip to the loo my darling.’

“During orientation for grad school in the fall of 2014, my mom made a joke about me being the ‘fly in the buttermilk,’ being that I was one of the very few black persons in the audience of majority white students.

“It sounded like one of those old sayings my mom would always say, but this one stuck with me because as I navigated through the university and the city of Oxford over the two years to follow, it would mean more than an old saying. It defined the minority experience in terms of presence, population and numbers. Not by value or impact, but numbers alone.”

Norwood said when people think “Greeks at Ole Miss,” they often think only of the “default Greek system, that of Interfraternity and National Panhellenic (white Greek lettered organizations).”

don’t exist, again by presence,” she said. “We don’t have numbers to compare, nor physical spaces and structures to house or members or to inform others of our presence.”

Norwood, 24, is a Jackson native who just successfully defended her thesis as a journalism graduate student. For her thesis project, she produced a documentary about BGLOs at Ole Miss that explores their history, past and present perceptions, and principles.

Norwood said she became interested in doing the documentary because it hadn’t been done before, and she is connected to the subject as a member of a BGLO. In  the spring of 2012, she became a member of the Gamma Rho Chapter of Alpha Kappa Alpha at Jackson State University in Jackson.

“The culture, the customs and commitment, I understand,” she said. “But the perceptions differed once I got to Ole Miss.

“The nature of a predominantly white institution oftentimes tells stories from the default perspective. Being a minority and existing in a minority group, the culture is most likely misunderstood or not desired to be understood at all. So I want to challenge the status quo and exchange my experience and the experience of others with a variety of viewers.”

Norwood said she has been working on the documentary for the past year. It began with a multimedia story written last April.

“The documentary piggybacked off those sources and made way for many new sources and new ideas,” she said.

Norwood interviewed a total of 20 people.

“Of the interviewees and vocalists, some are historians, administrators, advisers, past and present Jackson State and Ole Miss Greeks, authors and students,” she said.

Norwood shot all of the interviews, recorded all of the musical tracks, which included traveling as far as Bakersfield, California and New Orleans, Louisiana. She also collected a majority of the other footage featured in the documentary.

There were other contributors, but Norwood produced and edited the documentary herself with the advisement of Dr. Andy Harper, chair of the Southern Documentary Project at the university.

Norwood said she found remarkable the chartering process of the brave and persistent men and women who argued the importance of the presence of these organizations.

“Then, those students worked diligently to seek opportunities for leadership, and they owned it,” she said. “BGLO members from historically black colleges and universities, such as Rust, Jackson State and Mississippi Valley State played a major part in sculpting the customs and culture with the members at Ole Miss during the chartering process.”

Norwood said she was inspired by the stories members shared.

“Whether they’d been initiated four months ago or 41 years ago, you could feel the energy and passion they had for their sister/brotherhood,” she said.

Norwood said it seems people outside of the culture connect BGLOs with stepping and strolling.

“But, what many fail to realize is stepping and strolling gets played out after awhile,” she said. “What lasts is the consistent acceleration in scholarship, community service, professional development and the bond between members.

“You’ll be surprised the value of the relationships that form within these organizations. Being a minority, regardless the organization, there is a dependency on one another in order to make it.”

Norwood said the documentary is educational. With it, she hopes to evoke civic engagement and social understanding. She led a question and answer session after recent viewings of the documentary.

“One of my sources said that the essence of his blackness is to be shared and exchanged among other cultures,” she said. “And I agree. For the further progression of the university, creating a platform to educate and discuss cultures, misperceptions, etc. is an opportunity I had to take.”

Norwood said she plans to put the film online in the future. The website where it will be hosted will be released at a later date.

After graduation, she plans to produce a series of short films about the culture, customs and challenges of BGLOs.

“Hopefully, these films will make way for other opportunities to educate and promote cultural exchange at other universities and colleges,” she said.