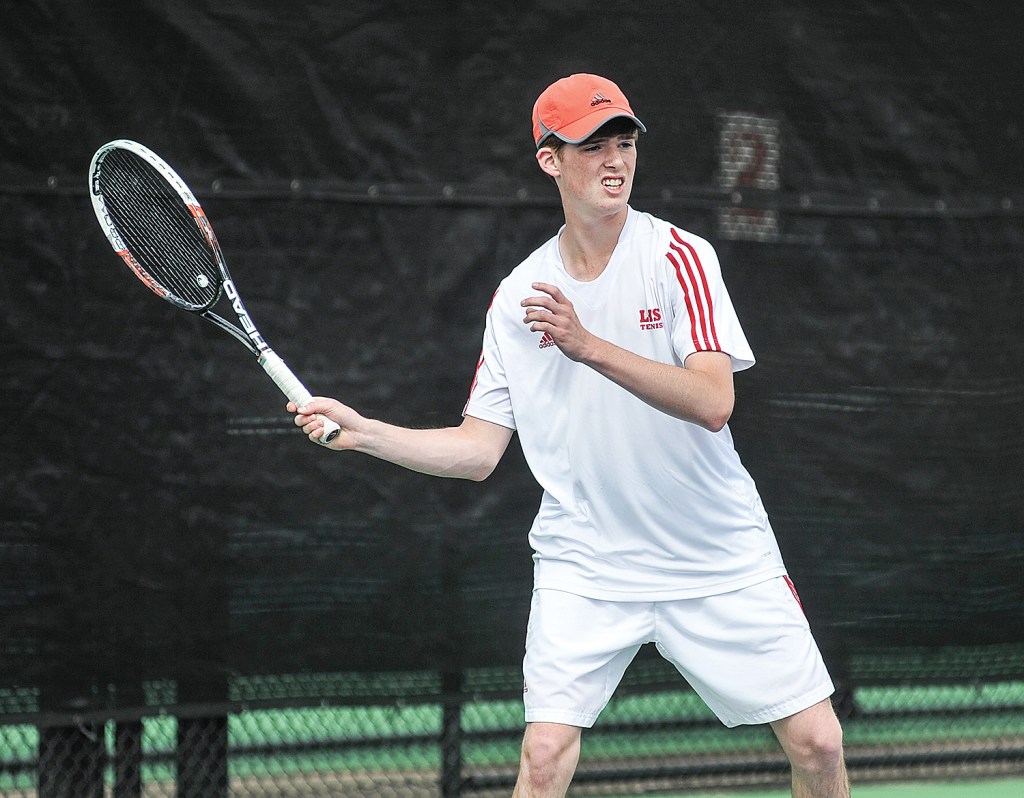 Lafayette senior Noah Addy will be one of two local players to compete in the MHSAA Class 4A individual tennis championships this week at the FNC Tennis Center in Oxford. This year marks the first time the city has ever hosted part of the state championships. (Bruce Newman)

Mississippi’s six high school tennis state championships won’t all be played at the same place this year, and Oxford is the beneficiary of the change.

For the first time ever, the city will host part of the MHSAA championships when three team champions are crowned Monday at the FNC Tennis Center. The Class 1A-2A, 3A and 4A team and individual championships will be played at the 20-court facility located next to the Oxford Activity Center.

“Seven years of me trying to get this tournament here, I’m really excited that Oxford is getting to host it,” said Lafayette coach Debbie Swindoll, who worked with Oxford coach Louis Nash and the Oxford Park Commission to submit the city’s bid to host. “It will be the biggest tennis event we’ve ever had here as far as 400 players plus teams plus parents plus coaches. It’s going to be happening here.”

All the championships were previously held at the Ridgeland Tennis Center in large part because the facility was one of the few in the state that met the 14-court minimum to host such a large event. But playing everything at one site pushed some matches into the wee hours of the morning, and once the FNC Tennis Center was built last year, Oxford became “a natural fit” when the MHSAA looked for a second venue this year to help alleviate the problem, MHSAA associate director Rickey Neaves said.

“Some of these first nights in tennis, we’ve gotten through at 2 in the morning,” Neaves said. “We were trying to condense that not only to make it better on the students but just for the safety factor of being out that late and on the road.”

The city’s proximity to competing schools also worked in its favor. Oxford received the hosting bid over New Albany, Tupelo and others with approval from the MHSAA’s executive board.

“We knew most of our 1A and 2A schools, 80 percent of those, are located north of (Interstate) 20, so it would cut down driving distance for a lot of them,” Neaves said. “Then you throw 4A in there. Basically what put them over the top was the way the staff up there agreed to work with us in putting on the thing. Then of course the 20 courts is a big thing also.”

Neaves said there’s no guarantee the championships return to Oxford next season, but the MHSAA normally allows a new site to host for at least two years. If that turns out to be the case, Oxford could see a different mix of classifications come to the state’s largest public tennis facility next spring.

“If we don’t add more to that facility, we would probably rotate 4A out and bring 5A up there and give everybody the opportunity,” Neaves said. “Maybe rotate between 4A, 5A and 6A.”

Lafayette has a pair of players set to compete in the 4A individual singles championships in eighth-grader Ally Bowen and senior Noah Addy. The team championships will start Monday morning at 9.