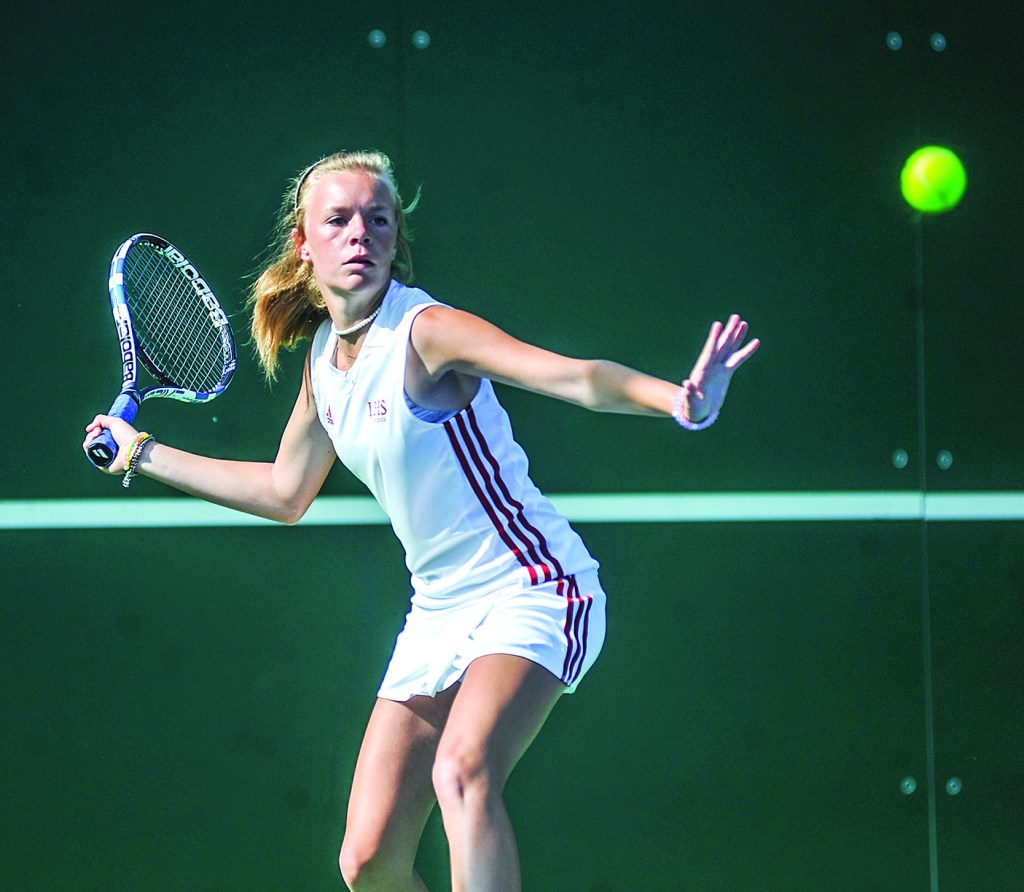 Oxford hosted the MHSAA Class 1A-2A, 3A and 4A tennis championships for the first time after the construction of the new John Leslie Courts last year. Lafayette was the host team, and while the Commodores were one win shy of competing for a team championship in their own backyard, Ally Bowen gave them something to cheer about.

The eighth-grader made a deep run through the 4A girls singles tournament, finding herself competing for the state title Wednesday morning against tough competition. Bowen was unable to capture her first individual championship as Senatobia’s Melody Pei defeated her in straight sets with a score of 6-2, 6-1.

Pei, an exchange student from China, used her size and power to control the match from beginning to end, though Bowen was able to get a few shots in as she used her experience from their previous two encounters.

“I kind of was trying to work on a game plan to be able to get more games against her,” Bowen said after the match. “She’s just a really good player, and she’s going to go really far in tennis, I can tell.”

Bowen, who was the No. 3 seed in the singles bracket, defeated Amber Wascomb of Columbia in straight sets Monday afternoon to advance into Tuesday’s second round. From there, she defeated West Lauderdale’s Rachel Sollie in straight sets, setting up a semifinal match Tuesday afternoon in which she pulled out with a three-set victory over Forrest County’s Cydney Myers to move on to Wednesday’s championship match.

“It was really fun. I liked how the competition was really good,” Bowen said. “It’s really awesome being an eighth-grader and making it to finals. … I pull (the semifinal match) through in the third set, and it was really big for me because I’d lost the second set 6-3 and came back to win 6-2 in the third set. It was a really big accomplishment for me.”

Bowen’s run ends a Lafayette season where the Commodores fell in the North Half round against eventual 4A champion New Albany. Coach Debbie Swindoll had Bowen and Noah Addy on the boys’ side competing for individual titles.

“It’s probably the most satisfying season I’ve had,” Swindoll said. “Tennis is now so competitive that everyone is playing all the time. That’s the thing is that I have some multi-sport people, and it’s about them budgeting time.”