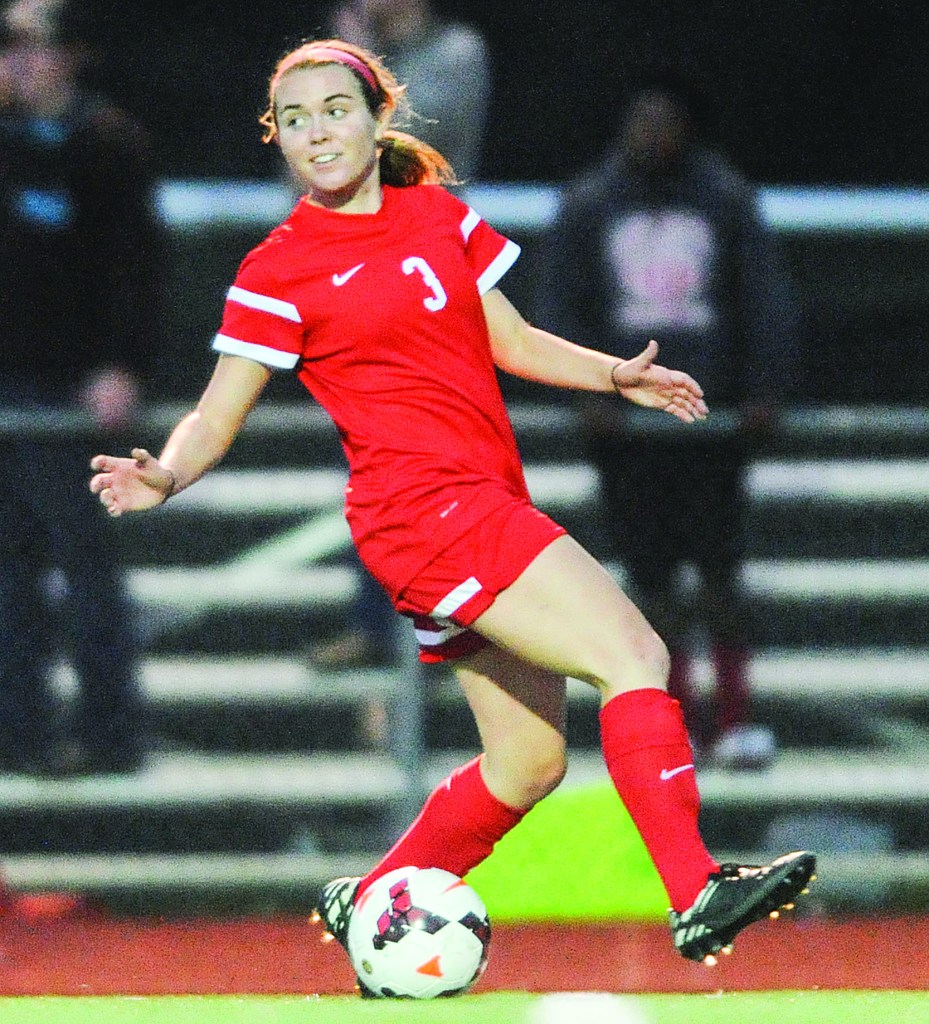 Lafayette’s Alley Houghon was honored with her second Gatorade Player of the Year award on Tuesday and will take her talents across town to Ole Miss starting in the summer. (Photo by Bruce Newman)

Alley Houghton might be finished with her high school career, but the accolades for her performance on the field are still rolling in.

It was announced Tuesday morning that the former Lafayette Commodore was named the Mississippi Gatorade Player of the Year in girls soccer. It is the second time in as many years Houghton has been awarded that honor.

After leading the Commodores to their first state championship in program history two years ago, Houghton helped Lafayette make it to the Class 4A championship match in back-to-back seasons.

“I think it’s pretty great,” Houghton said. “I’ve been doing a lot of extra work after practices and over the summer. It’s nice to see my effort shown and people see how hard I’ve worked for it. It’s great to see people in Oxford get recognized for such a great award.”

During her senior season, Houghton scored 71 goals and had 10 assists, helping her shatter the state record of career goals scored with 250 in the span of her time at Lafayette.

Houghton is not finished with competitive soccer as the Oxford native signed with Ole Miss and will continue her career with the Rebels this fall.

“It’s so exciting to see a player like her,” Lafayette coach Melinda Scruggs said of Houghton. “I’ve known her since she was about 10 years old and I know the goals that she had. I don’t think that Gatorade Player of the Year was on the list at the time, but just as she developed as a player and became better, she’s strived to be the best she can be.”

The award is not exclusive to on-the-field production as the academic part of the scholar-athlete is also taken into consideration. Houghton was in the top three of her class when it came to a grade point average and kept an A average throughout her time at Lafayette.

The extra curricular activities played a part as well as Houghton spends a lot of time at the Oxford Humane Society as well as volunteering a lot of her time with Special Olympics.

Houghton will enroll and start classes at Ole Miss in July and will begin the Rebels’ soccer season in August.