END OF THE ROAD: A&M rallies, knocks Rebels out of SEC tourney in semis 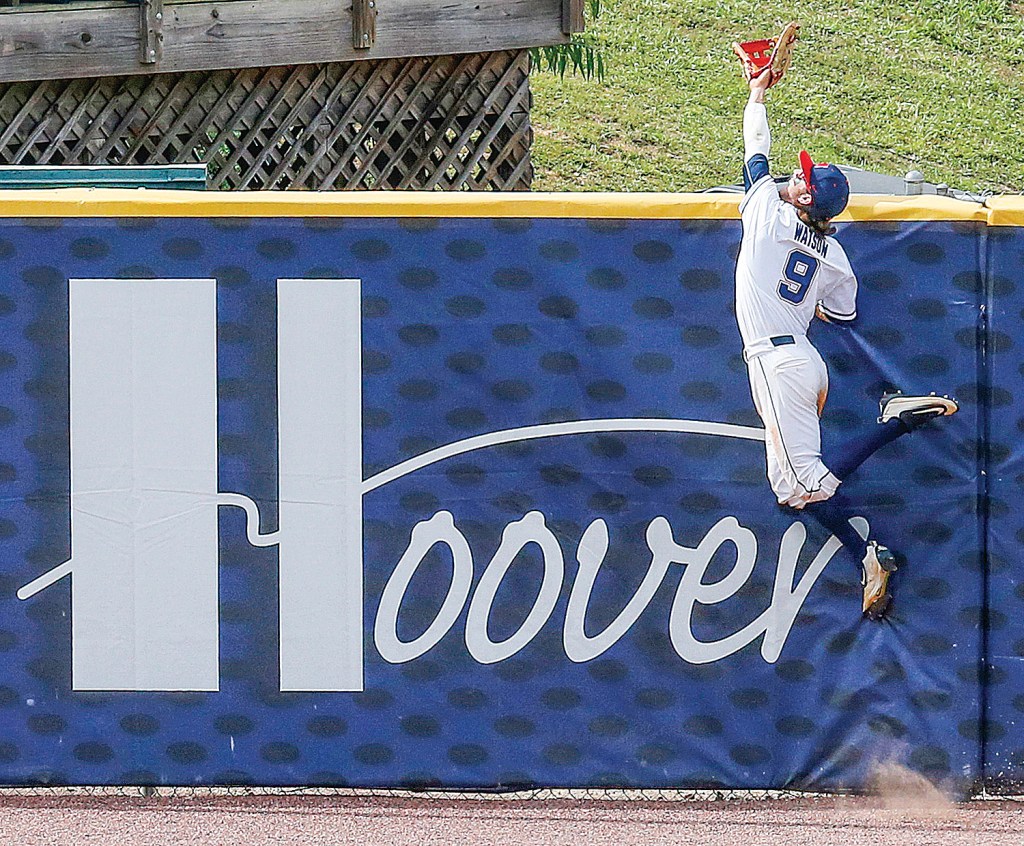 HOOVER, Ala. — An improbable run by Ole Miss in the Southeastern Conference baseball tournament came to a close on Saturday.

The Rebels led most of the day, but a five-run eighth inning by Texas A&M helped the Aggies claim a 12-8 win in the semifinals at Hoover Metropolitan Stadium.

The Aggies’ offense was kept in check by a gutsy performance from the Ole Miss bullpen for most of the game. A taxed Wyatt Short, who made his third appearance of the week, blew the Rebels’ three-run lead when he gave up a three-run home run to A&M pinch hitter Walker Pennington in the inning.

“Just an incredible college baseball game,” Ole Miss coach Mike Bianco said. “If you thought for a second the games didn’t matter, you were certainly wrong. I thought both teams played their hearts out, and although we didn’t play the cleanest game, I was proud of our guys and proud of how we played the whole week.”

Chad Smith got the start for Ole Miss (43-17) near his hometown and worked four-plus innings on a day where pitching was nearly depleted for the Rebels after three games already under their belt in the tournament.

The Aggies (44-14) took advantage of walks issued by Smith early as both free passes came home to score for an early 2-0 lead after the top half of the first inning. Smith threw 37 pitches in the first frame but steadied himself. The junior gave up five runs, three earned, on four hits while walking six and striking out five Aggie batters one week after facing them in College Station, Texas.

Big innings were key to Ole Miss’ success during its stay in Hoover, and Saturday was no different. The timely hits came in the home half of the third inning where the Rebels plated five runs and took a 6-3 lead after scoring one run in the second inning.

The Rebels were held to only two more runs the rest of the game, scoring in the fifth and seventh innings.

All the damage was done with two outs, and situational hitting was Ole Miss’ forte, going 11-for-20 with two outs and 6 of 13 with runners in scoring position.

The middle of the order for Ole Miss did not have the sting it had the first three games of the week with J.B. Woodman, Henri Lartigue and Colby Bortles hitting a combined 3-for-13 with zero runs batted in and three strikeouts. Lartigue was removed from the game late with what Bianco called a mild concussion after the catcher took a few pitches off his helmet and told the trainer he was having trouble seeing.

It was the bottom half of the lineup that came through for the Rebels on Saturday as Ryan Olenek, Holt Perdzock and Kyle Watson all had multi-hit games, going a combined 6-for-13 with three RBIs. Watson did the most damage with two hits and two RBIs. With the bases loaded, Watson hit a two-RBI single during the five-run third inning.

“Kyle had a terrific day. He would have been the MVP if we would have held on,” Bianco said. “He brings a lot to the table, and it’s nice that he’s playing. I thought we had a great week offensively. That makes you feel good going into next week.”

Dallas Woolfolk made his first appearance of the week, relieving Smith in the fifth inning, and gave the Rebels 3 1/3 innings of one-run baseball off of four hits while issuing one walk. Short came in with one out in the eighth inning to try and get the final five outs and keep Ole Miss in Hoover for one more day.

It was not to be as Short had one of his worst outings of the year, giving up six runs, all earned, on four hits and only striking out two of the eight batters he faced.

“What guys forget is that people notice (Short’s) struggles because of how good he is,” shortstop Errol Robinson said. “Every time he goes out there, he gives us the best chance (to win). I wouldn’t even call it a struggle. It’s just baseball. Some things happen.”