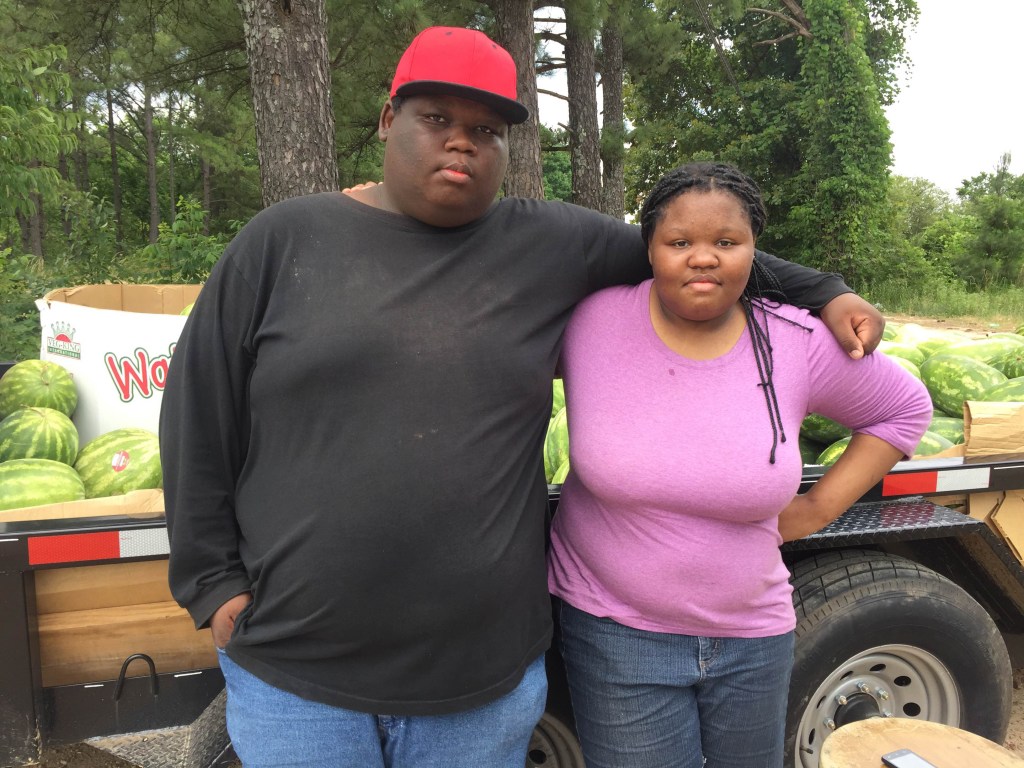 Saturday afternoon, Donahmi Hurt, 18, and his sister, Adonai Hurt, 13, were found in a parking area beside one of the gas stations at the four-way stop on Old Highway 7.

The two had gotten up early to sell produce at 7 a.m. from the back of a truck. They had made a number of sales by mid-day, selling watermelons for $5 each, and tomatoes, two for $1.50.

The Hurts are originally from Illinois, but they came to Mississippi to help a sick relative.

“We came down here to help our granddad because he had back surgery,” said Adonai Hurt.

Both have fond memories of Illinois, but say it is different than Mississippi.

“It was pretty cool meeting a lot of people there,” Donahmi Hurt said. “We traveled a lot. We kept moving and trying to make the best of it.”

“It’s more chaotic up there,” she said.

“People are a lot nicer down here,”

He and his sister are home-schooled, but in the future, they’d like to become video game designers.

“When I was 5, my dad taught me how to play video games,” he said. “Since then, I’ve been playing video games all my life.”

Their favorite video games include God of War, Call of Duty, Street Fighter and Guitar Hero, and both have ideas about how to improve them.

“I would try to have it more action, because in some of the games, it’s not really like that,” said Adonai Hurt. “It’s more story and dialogue than actually action in it.”

“They’re not focused on the adventure,” he said. “They’re focused on what you have to do to beat the game.”