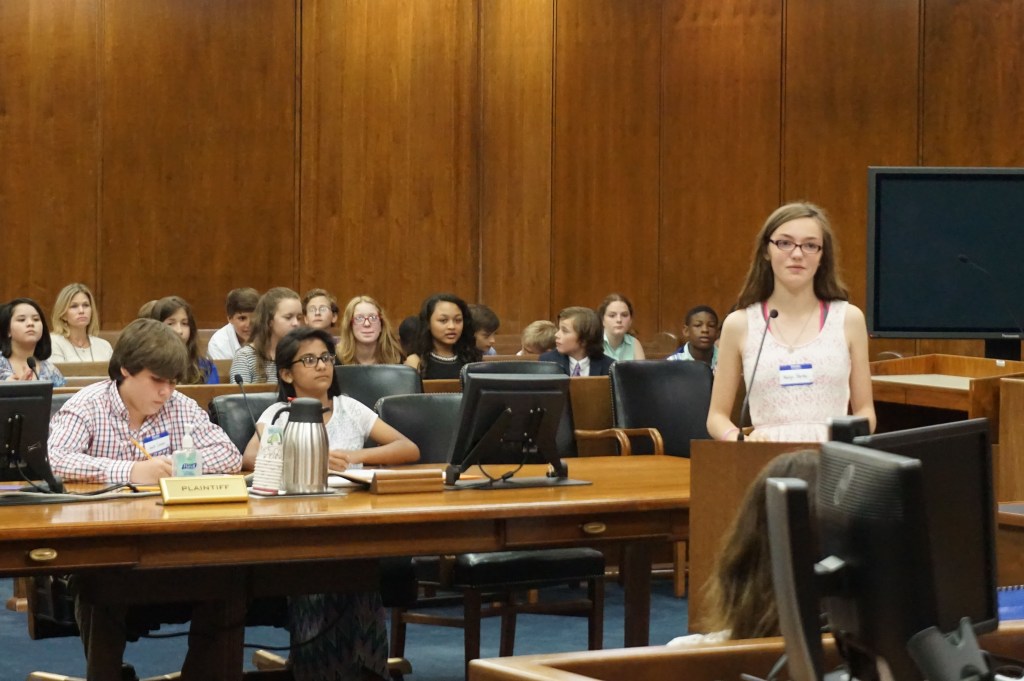 A group of Oxford gifted students recently debated in the Federal Building in Oxford.

Liz Phillips and Mary Martha Crowe, both sixth-grade INSIGHTS teachers at Oxford Intermediate School, said the gifted program is state-mandated for grades two to six, and process skills must be addressed. Debate is one of the areas that must be addressed under communication skills.

Crowe said about a month prior to the debates, sixth grade INSIGHTS students were placed in teams of three or four. After learning parliamentary debate and how to research, teams were assigned assertions.

She said an example of an assertion is: Reality television does more harm than good.

“A week prior to the debates, students were given the side for which they would argue in the debate (proposition or opposition), and they formed their arguments and practiced.”

After they arrived at the Federal Building, students were divided into two courtrooms with a gifted teacher and parents in each courtroom. Parents who are attorneys or judges served as the judges for the debate.

“After teams debated, they went to the jury room for a break, then went to the courtroom to watch their peers,” Crowe said. “Students were either watching, debating or decompressing in the jury rooms.”

“Although the judges did tell a winner and a loser, we didn’t keep up with it,” she said. “The experience was more important to us than the outcome.”

According to Crowe, students said the debates made them nervous, but they were fun. They learned to be more confident, make eye contact, and said they felt like it helped prepare them for the future.

“Some students said they were really scared, but learned they can overcome fears,” she said. “Some said it made them want to be attorneys. Some are eager to join the debate team at OHS.”

Crowe said she hopes students take away confidence, perseverance, the real-world application of teamwork, research, the need to understand current issues, and getting past your own biases to defend an opinion.

She said students were required to read and comprehend, sort through propaganda and bias, sort through relevant information, interpret statistics, and work together to achieve an outcome.