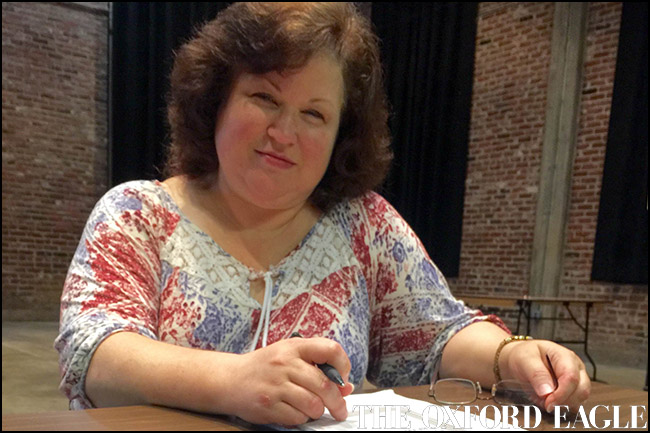 As the oldest of six children, Utah native Debra Anderson, 53, grew up ice skating and trick-or-treating in the snow.

In college, she decided to major in theater at Utah State University. During summer break after her freshmen year of college, an adviser sent her and other students to sing and perform at Glacier National Park. That’s where she met her future husband.

“They have six different park venues and hotels,” she said. “There was one in particular that had college students from all over the country. There was someone there from every state that had musical talent of some kind. They sang or they played a musical instrument.”

Anderson said participants worked during the day in the hotel as a maid, bellman or member of the office staff, waitstaff or kitchen staff. At night, they performed for guests.

Her husband, who had taken a year off from college at Mississippi State University, came to one of the performances.

“He was working on a tree farm in Texas,” Anderson said.

A friend invited him to travel to Montana to play bluegrass music.

Anderson later returned to college and planned to major in theater.

“I was going to go on the professional track, but then I got married, and I decided I couldn’t do that to my family,” she said. “So I had to change tracks.

“My husband is an art teacher. We both have different arts. He’s drawing and painting, fine arts, sculpting and bluegrass, and I was trained to sing opera, and I sang in pop bands.”

Anderson, who married and moved to Mississippi with her husband 33 years ago, earned an education degree.

“My husband was in art, and he couldn’t get a job in Mississippi,” she said. “So I knew I couldn’t go into theater. I went into elementary education.

“The things I was passionate about were things that were difficult (fields) for a woman (to find a job). I loved history. I loved computers. Computers were just starting to be a big deal in the 1990s when I was still in college. I was torn between (the two fields).”

Anderson began her teaching career in Crystal Springs. She’s been teaching for the past 25 years, and recently completed her fourth year as the theater director at Oxford Middle School.

“This is the job I’ve waited 20 years to get,” she said. “I came to the Oxford job fair a couple of years back. I was teaching in Water Valley — computer discovery — with my husband, who teachers art there.”

Last summer, was her first opportunity to work with Theatre Oxford.

“They called me and asked me to direct their female version of ‘The Odd Couple’ last year,” she said. “It’s good for me, because it starts in the summer and only overlaps with school for about four weeks, and by then, we’ve really got it under control. It’s a little stressful, but it’s at night, and it works out really well for me to be able to do it.”

Sunday, Anderson was seated at a table inside the Powerhouse waiting for actors to audition for an upcoming production of “Crimes of the Heart,” the first Theatre Oxford production of the 2015-2016 season. She will direct it.

No deal on tennis courts