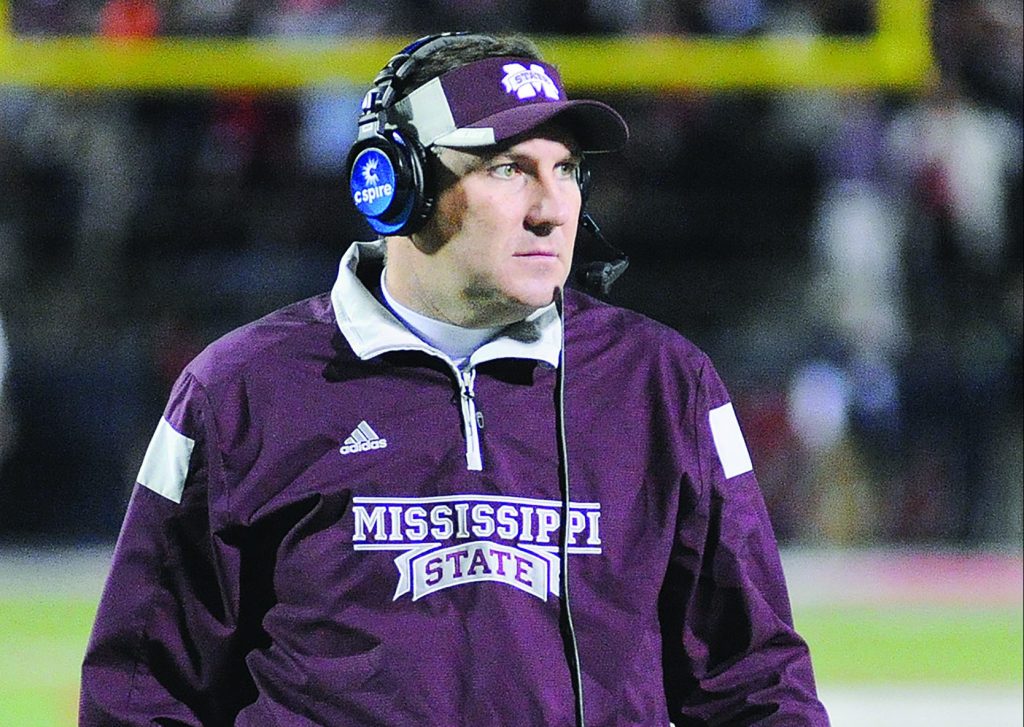 Mississippi State coach Dan Mullen is tasked with finding a new quarterback with Dak Prescott no longer around. (Bruce Newman)

“I will be a happy guy to name a starting quarterback and find somebody that has separated themselves from the other three,” Mullen said.

So far, the race to replace Dak Prescott has been too close to call. Prescott was easily the most productive quarterback in program history — throwing for more than 9,000 career yards and running for more than 2,500. He threw 70 touchdown passes and ran for 44 more.

He even caught three touchdown passes.

It’s safe to say none of the four candidates for the job — sophomores Nick Fitzgerald and Elijah Staley, junior Damian Williams and freshman Nick Tiano — will match Prescott’s production right away.

But Mullen and players are confident someone will step forward to keep the Bulldogs competitive in the SEC’s Western Division.

“They all bring a little different skill set to the table, but they all can throw and they all can run,” Mullen said. “I think when you have that dual threat, it makes the defense have to account for all 11 players on offese on every single snap.”

The 6-foot-5 Fitzgerald was Prescott’s primary backup in 2015. He completed 11 of 14 passes for 235 yards, three touchdowns and no interceptions. Staley and Williams also have some game experience.