With SEC media days over, some things to watch for next season 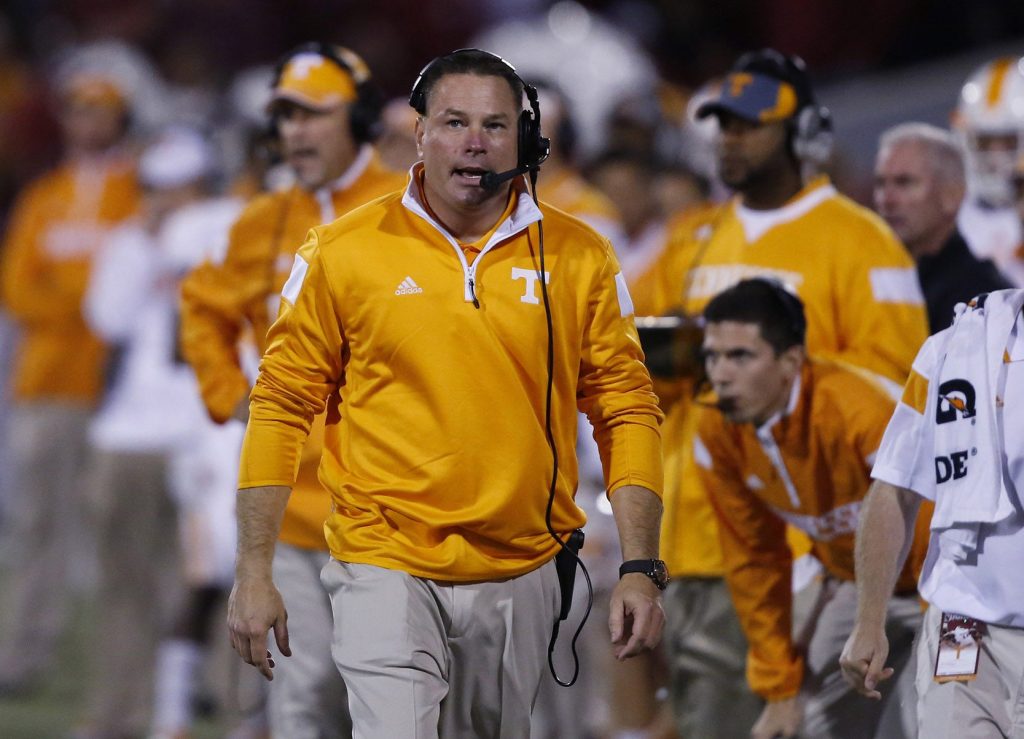 HOOVER, Ala. — Alabama is once again the favorite to win the Southeastern Conference, while LSU, Tennessee, Ole Miss and the rest of the league try to figure out a way to derail the Tide.

The Crimson Tide’s title defense is one of several things to watch next season that was discussed during SEC media days, along with Tennessee’s resurgence as the favorite in the league’s Eastern Division.

There was also the notable absence of veteran SEC coaches Steve Spurrier and Mark Richt.

Spurrier — known as much for his quick one-liners as his success on the field — retired last season after 23 years in the league with Florida and most recently South Carolina. Richt was fired by Georgia after 15 seasons in November and is now at Miami.

Here’s a little more of what was discussed during SEC media days and what to look for next season:

Tennessee on the rise
Tennessee was voted by the league’s media as the overwhelming favorite to win the SEC’s Eastern Division. That might seem surprising since the Volunteers haven’t won their division since 2007, but they have amassed a lot of talent in Knoxville over the past few years.
It also helps that the East is full of uncertainty with three new coaches at South Carolina, Georgia and Missouri.

Said coach Butch Jones: “That’s why you play, is to be in a program like the University of Tennessee where everybody is talking about you. That’s what you work for. Now it’s what you do with that opportunity.”

Missouri’s challenges
Odom, Missouri’s first-year coach, stepped to the podium at SEC media days less than 24 hours after finding out that the man who hired him was no longer with the school.
Mack Rhoades resigned as Missouri’s athletic director on Wednesday to take the same job at Baylor.
Odom is under contract for five seasons with an annual salary of $2.35 million, but it is more uncertainty next season for a school that’s been the site of constant strife.

Bielema charm
The evolution of Arkansas’ Bret Bielema from angry new coach to one of the SEC’s class clowns has been interesting to watch. Bielema drew several laughs during his appearance on Wednesday thanks to self-depreciating humor and funny anecdotes. One likely reason the fourth-year coach is in a better mood: The Razorbacks are relevant again in the SEC Western Division. Arkansas finished with an 8-5 record in 2015, including a 5-3 mark in the league.
Said Bielema: “At Arkansas, we’re not built very sexy, we’re just kind of a work in progress. We need a lot of time in the bathroom to get ready and come out and look great.”