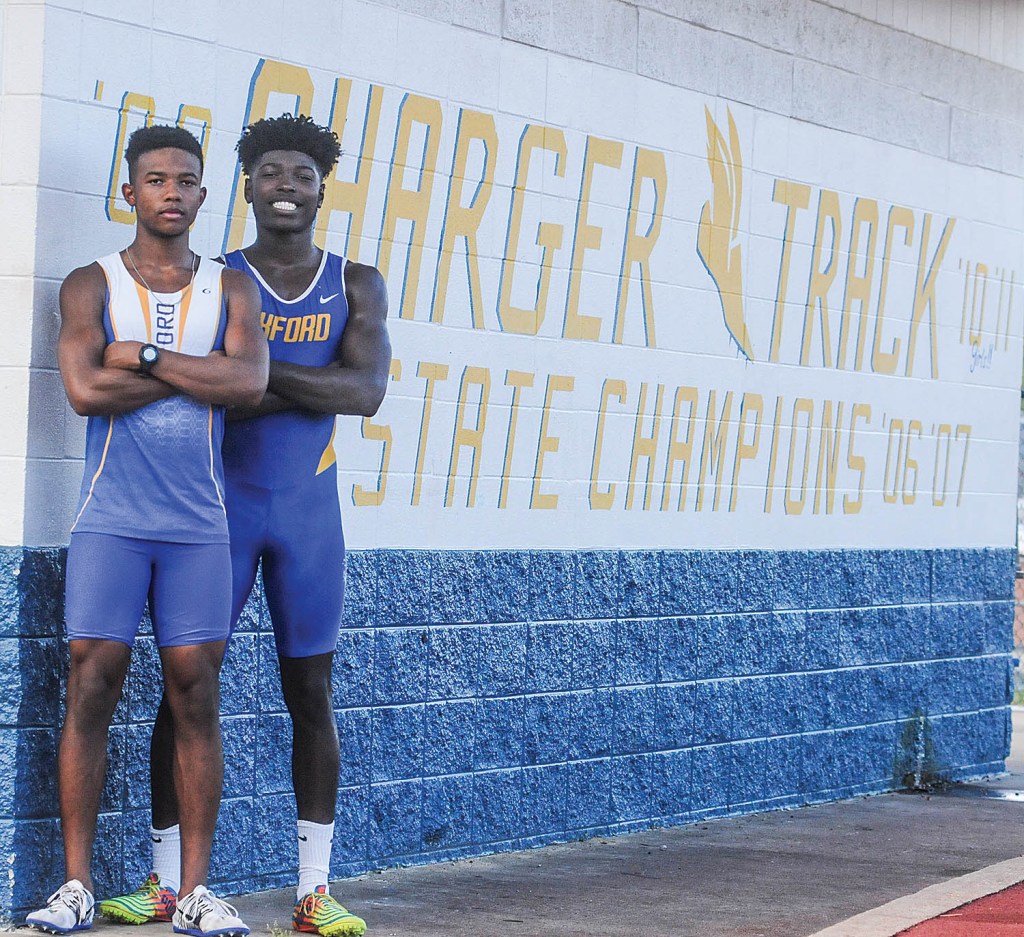 Oxford High runners Kenard Harris, front, and Jaquan Webb will head to Sacramento, California this week to compete in the National Junior Olympic Track & Field Championships. Harris will run the 800 meters while Webb will compete in the 100- and 200-meter dashes. (Davis Potter)

While athletes around the world are busy preparing for next month’s Olympics in Rio de Janiero, a pair of local high school runners will soon find out how they stack up against some of the best youth athletes in America.

Oxford’s Jaquan Webb and Kenard Harris will head to Sacramento, California, later this week to compete in the USATF National Junior Olympic Track & Field Championships. Webb, a rising junior, will run the 100- and 200-meter dashes while Harris, who’s entering his senior season, will compete in the 800-meter run.

Webb and Harris will begin competing Wednesday and Thursday with the finals in their respective events scheduled for Saturday and Sunday.

“My goal is to make it to the finals,” Harris said. “It will be my first time running rounds, more than one 800 in the span of a week. It will definitely be a test on my body to see how hard I can go just to get to the finals. Just do the best I can.”

Both have already proven to be the best in Mississippi this year, winning individual championships at the MHSAA Class 5A meet back in May to help the Chargers capture the state title. Harris won the title in the 800 with a time of 2 minutes, 0.21 seconds while Webb blazed a personal-best time of 21.36 to win the 200.

“I’m shooting for my best times, but I’m really just trying to go out there and compete to the best of my ability,” said Webb, whose personal best in the 100 is 10.62. “If I make it to the finals, I make it.”

Once the high school season ended, Harris and Webb asked Oxford coach Chris Bush to sign them up for National Junior Olympic tryouts, which consisted of two qualifying meets in Louisiana. After placing in the top 10 at the USATF Southern Olympic Championships in June, Harris and Webb qualified for the Region VI championships in Baton Rouge needing a top-5 finish to punch their tickets to nationals.

“When we finished state, both of them mentioned it,” Bush said. “They said, ‘Coach, we want to do the Junior National Olympics.’ I said, ‘Well, let’s see if we can get there.’ I knew my guys were talented, but getting there, I didn’t know. If I knew, I think I would’ve started preparing a little earlier.”

That preparation includes a GoFundMe account created by Bush to raise funds for the duo’s trip. Bush started the account a few days after the region meet with the hopes of raising at least $5,000 to cover the cost of plane tickets, lodging, a rental car and other expenses.

According to the account’s website, $4,275 had been raised as of early Saturday night. Donations can be made online by logging on to www.gofundme.com/oxfordtcjrolympics. 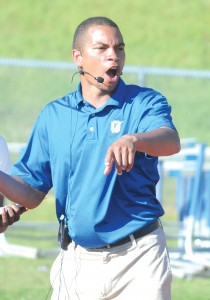 But Bush said with private outside contributions also being made by individuals and local businesses, Harris and Webb already have more money than they’ll need.

“We’ve booked the tickets, and through the help of everyone in the Oxford community, we’re putting our steps in the right way to head to California,” said Bush, who will also be making the trip.

Said Harris, “It’s kind of overwhelming I guess to know that the city of Oxford is kind of rooting for us. It’s not really a bad type of pressure, but I feel a little bit of pressure to go out and compete as best I can and give it all I’ve got.”

As for the preparation on the track, Harris and Webb have taken part in other races to stay sharp while sprinkling in weekly workouts with Bush. Also a wide receiver on the football team, Webb has had to juggle different schedules to get his work in, which has included training sessions with former Olympic sprinter and Mississippi native Trell Kimmons.

But the wait to be on the biggest stage of their young athletic careers is nearly over.

“This is what I’ve been working for,” Webb said.

FOR THE BETTER: For Ole Miss’ Freeze, Kelly, testy…