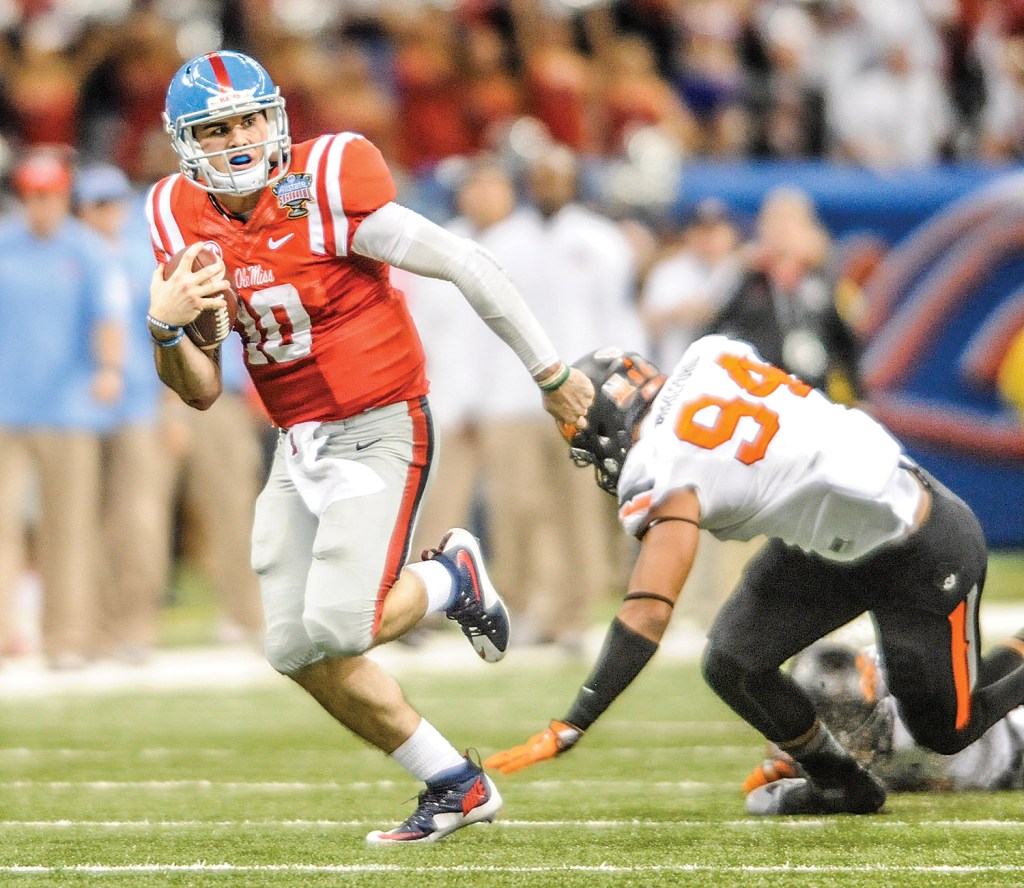 Ole Miss is one of the few teams in the Southeastern Conference with a proven quarterback in Chad Kelly (10), who enters his senior season as one of the country’s best. (Bruce Newman)

EDITOR’S NOTE: This is the first in a 10-part series breaking down each position on Ole Miss’ football team entering fall camp. A different position will be featured each day leading up to the Rebels’ first day of practice on Aug. 8.

When Chad Kelly was asked at Southeastern Conference Media Days if he thinks he’s the best quarterback in the league, Ole Miss’ rising senior took it a step further.

“I’m the best quarterback in the nation,” Kelly said.

Clemson’s DeShaun Watson, Ohio State’s J.T. Barrett and Oklahoma’s Baker Mayfield may have something to say about that, but the strong-armed Kelly is certainly a good piece for Rebels to start with as they try to continue their steady ascent in the SEC West.

While nearly half the teams in the SEC have yet to name a starting quarterback following a mass exodus of talent at the position a season ago, Kelly was the runaway preseason All-SEC first-team selection after lighting up the conference in his first year in Oxford. The arm talent was there from the start as the junior college transfer led the league in passing with 4,042 yards and 31 touchdowns on his way to setting or tying 14 single-season school records.

His decision making improved at the end, throwing just one interception over the final four games, as did the coaches’ willingness to use Kelly’s legs more. Kelly ran for 500 yards and led the team with 10 rushing touchdowns, giving the Rebels’ offense another way in which to attack.

“Any time the quarterback is a threat to run, (defenses) have to bring another guy in the box,” Kelly said. “When teams start doing that, that opens up the passing game even more.”

The 6-foot-2, 215-pound Kelly has positioned himself to be one of the top quarterback prospects for next year’s NFL Draft. Even with some of the size concerns, Ole Miss coach Hugh Freeze said it’s not the physical part of the game that Kelly has to worry about in his final year of college.

“It’s easy for him in our system because of the way we use our verbiage for him,” Freeze said. “I think translating that into a typical NFL system could be a challenge for him. Not one he couldn’t overcome, but I think fit is everything for him as we talk about his next step.”

Behind Kelly is a pair of freshmen battling it out for the backup job.

Jason Pellerin has a full year in the system after redshirting last year while true freshman Shea Patterson arrived in Oxford earlier this year amid much fanfare. Patterson, the nation’s top-ranked prep signal caller in this year’s recruiting cycle, got a head start on the playbook by enrolling early and going through spring practice. 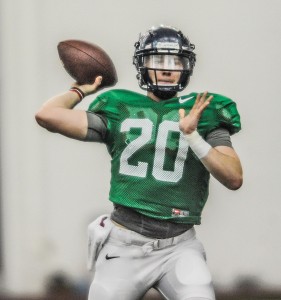 Highly touted freshman Shea Patterson (20) could be too talented to keep off the field completely this season. (Bruce Newman)

The biggest quarterback on the roster at 6-4 and 230 pounds, Pellerin can give defenses a different physical look from that of Kelly or Patterson, whose quick release, accuracy and ability to quickly command a huddle drew praise from coaches in the spring.

“Shea’s not a normal freshman,” Freeze said this spring. “He’s got a good understanding of the game, but there’s still times that it moves a little fast for him because everything’s new. You’re installing stuff each day. Jason is very athletic and big and strong.”

Both could see time in certain packages, though Freeze said he wasn’t sure if he would burn Patterson’s redshirt for just a snap here or there. But the Rebels seem to be set at the position now and in the future.