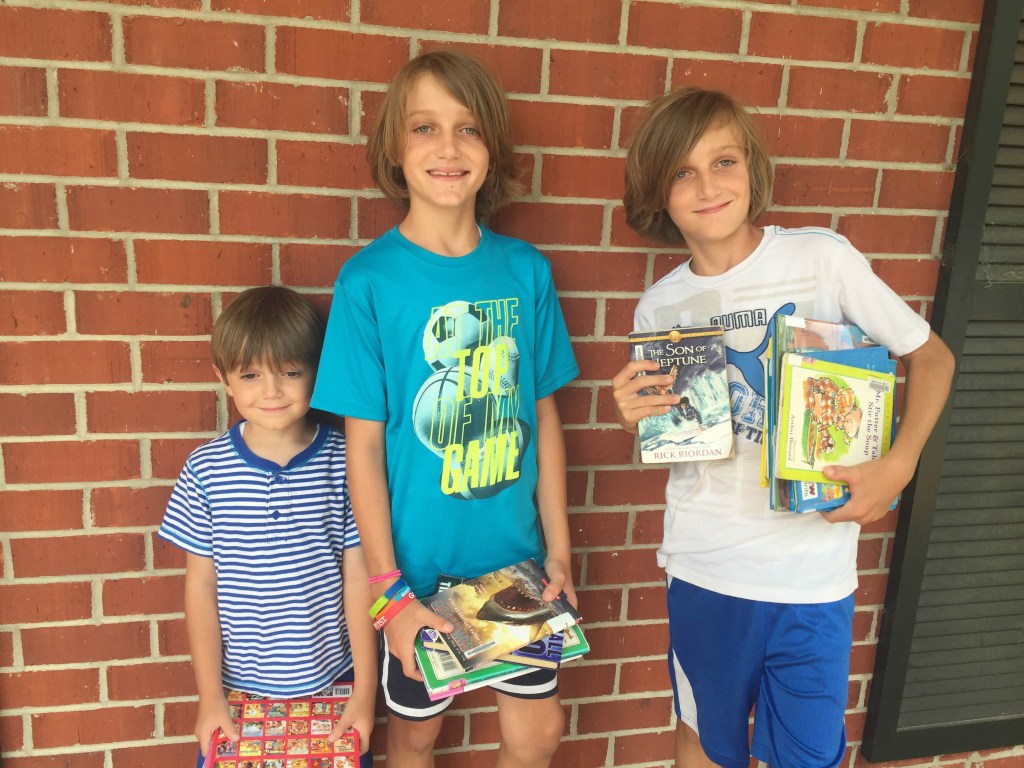 If you’re wondering what kids these days are reading, three Oxford natives have a few summer reading suggestions.

Charles Bryan, 5, and his twin brothers, Samuel and Tristan Bryan, 10, waited patiently for the library to open Sunday afternoon with their mom, Sasha Bryan.

The Regents School of Oxford students are avid readers.

Charles Bryan held a number of “The Berenstain Bears” and “Curious George” books in his hands. His favorite book from the last library trip was “The Berenstain Bears: We Love Our Mom” book. The story is about Brother and Sister Bear who search for a Mother’s Day present for their mom.

“I like books by Tim Green,” he said. “They’re about football. I play basketball for my school.”

“Football Hero” is about Ty Lewis, who is recruited for the school football team and gets a shot to prove that he’s a great player at a new school like his older brother, a college student who may be recruited by the NFL. But Ty’s guardian, Uncle Gus, won’t let him play. Instead, Gus wants him to do chores for his business.

“His parents got killed in a car wreck, and he had to go and live with his aunt and uncle, who aren’t nice,” said Samuel Bryan. “He tries to find his way through it, and he gets it through football.”

Samuel Bryan said he also likes the “I Survived” series of books. He recently finished one called “I Survived: The Shark Attacks of 1916.” The book is based on shark attacks that occurred in New Jersey in 1916.

“They have one about Hurricane Katrina and all of the terrible disasters,” said Samuel Bryan.

Tristan Bryan, 10, said he just finished reading “The Son of Neptune,” a fantasy novel by Rick Riordan, that is the second book in The Heroes of Olympus series.