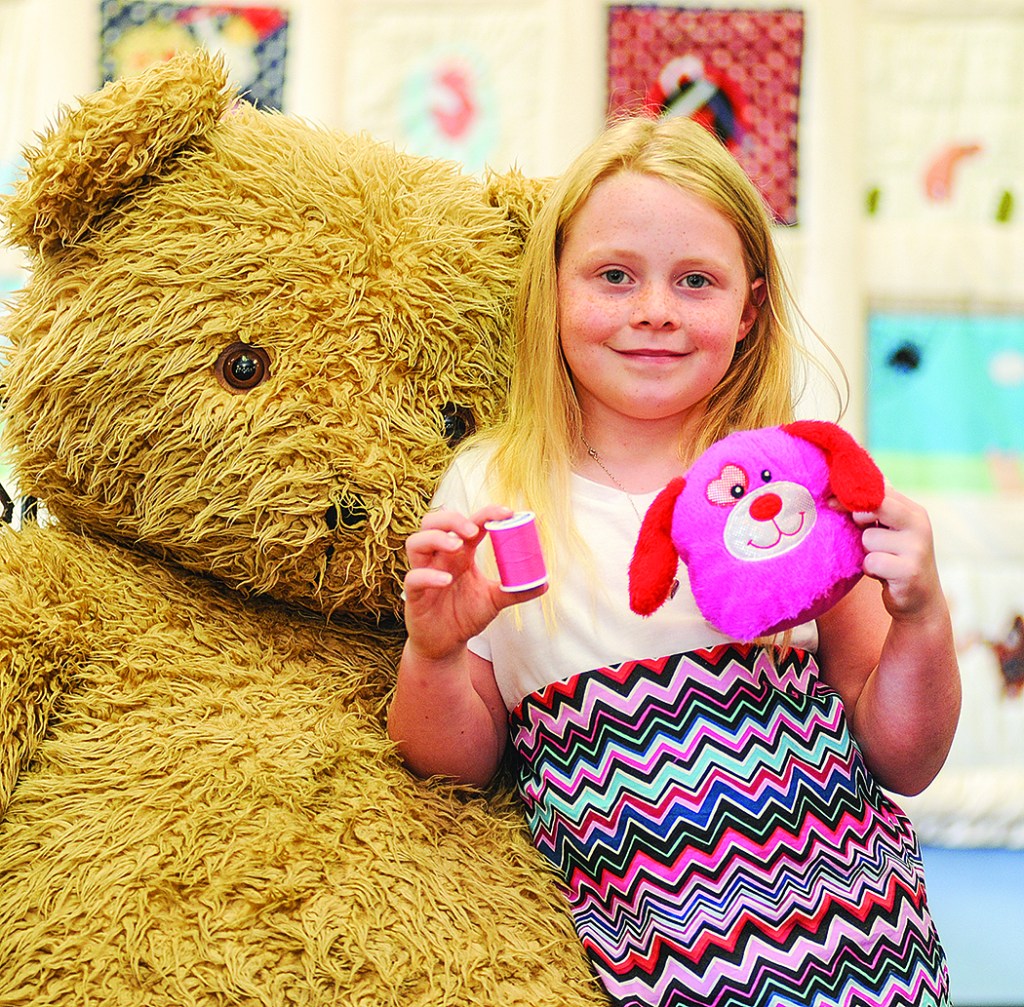 Ellie Williams, at the Lafayette County and Oxford Public Library in Oxford, Miss. on Tuesday, July 26, 2016, likes to sew. She recently repaired a tear in a stuffed bear at the library.

Ellie Williams sat in the children’s section of the library repairing a teddy bear Tuesday.

“I’ve already worked on this bear once,” Williams said. “But it unstitched, and now I’m doing it back.”

Williams, 7, became interested in sewing after watching her grandmother do it for years. She learned the technique this summer while taking a class at Sit N Rock Quilt and Sewing Shop.

After the class, Williams realized she could use her new talent in the Lafayette County and Oxford Public Library’s stuffed animal collection, where toys provide so much love that they sometimes need attention themselves.

“I like to sew, and I came here to get books and noticed some of the animals needed help,” Williams said.

The library’s Children’s Director, Nancy Opalko, was happy to have Williams’ assistance in repairing the stuffed animals.

“I thought it was a fantastic idea and told her to come in whenever she had time,” she said. “The very next week, Ellie and her grandmother came in with her little sewing kit and sewed up all the holes in (the teddy bear) — so sweet!”

Williams has repaired about three stuffed animals at the library and is working to repair another. This time, it’s a rooster who needs his foot re-sewn.

Since learning to stitch, Williams has tackled other projects including clothing, quilts, pillows and a cushion to keep her sewing pins.

Recently, she donned a pink and white dress that she made, explaining what went into its creation.  “I wanted to do a purple skirt, so I could only pick shirt colors that would match,” Williams said. “If I got a white shirt, I could do a zigzag print.”

The dress was crafted from a t-shirt and a long piece of material that formed the skirt. Williams chose purple because it is her favorite color.

Williams sewed a quilt with the help of her “Gram,” grandmother Glendell Williams, as a gift to her year-old baby sister.

“This is my first granddaughter so we get to do fun girl things,” Glendell said. “Ellie is very artistic, and sewing is something I’ve done a long time.”

Williams’ next project will be sewing a pair of purple “fancy” shorts.

Williams loves helping others, and plans to continue giving back with her new talent by repairing animals at the library.

“I am so glad she decided to help us and all of our stuffed animals,” Opalko said.