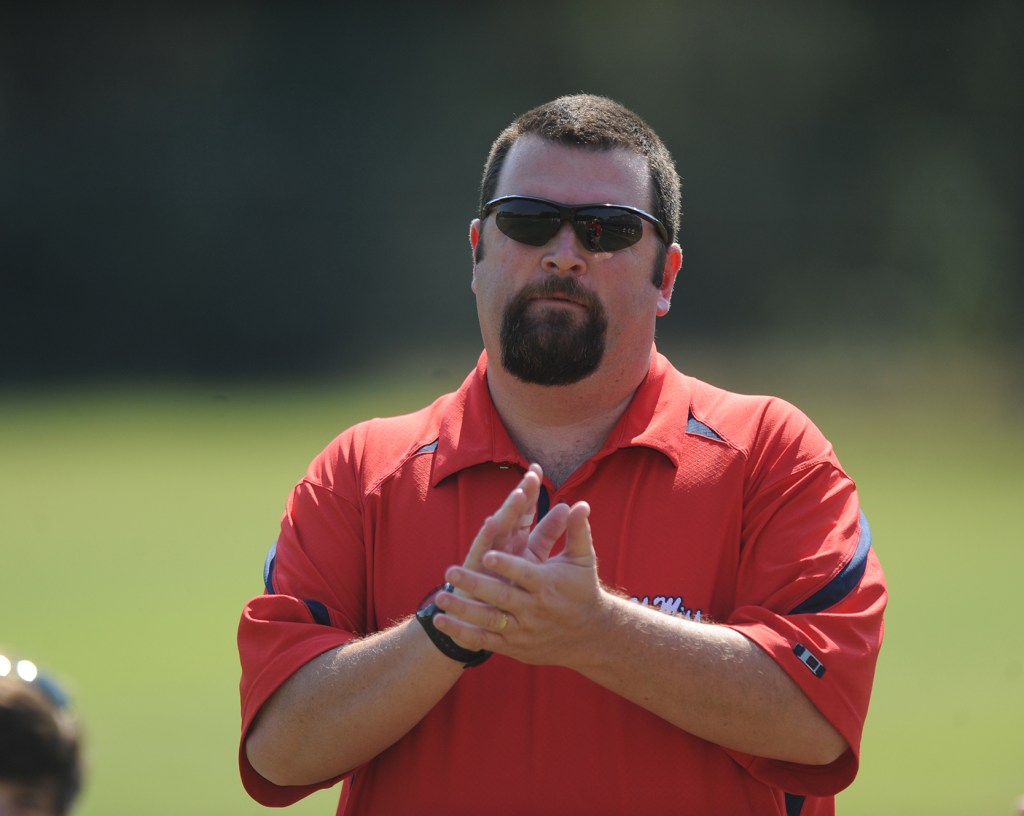 Head coach Matthew Mott and his top 25-ranked Rebels opened up preseason camp on Wednesday. Ole Miss looks to build off of its historic Sweet 16 season from a year ago. (Bruce Newman)

With just two weeks remaining until the regular season opener, No. 22 Ole Miss soccer is in full preseason mode as camp opened Wednesday for the Rebels.

A day after pictures and video shoots and team meetings, the 2016 Rebels hit the field early Wednesday morning for fitness tests.

“We’re fit, and we came back and crushed the fitness test this morning which was great for us to see,” head coach Matthew Mott said.

The first official practice came Wednesday night under the lights at the Ole Miss Soccer Stadium, which provided the first look of this season’s team in an 11-on-11 format.

“The level of play tonight was really good,” Mott added. “Having this many veterans return, understanding how we’re trying to defend and attack, puts us way ahead of where I thought we would be tonight. The new kids have come in and played really well. Overall I’m really happy with the team.”

Two-a-days will continue on Friday, Sunday and Monday, before the Rebels prep to depart for Dallas, Texas in advance of the exhibition match slated for next Friday night at SMU.

Eighteen players return from last year’s group that made history advancing to the NCAA Sweet 16 for the first time in program history. Seven newcomers are also in their first collegiate preseason camp looking to contribute to this season’s success.

The 2016 regular season opens Aug. 19 against Louisiana-Lafayette at 6 p.m. in Oxford.