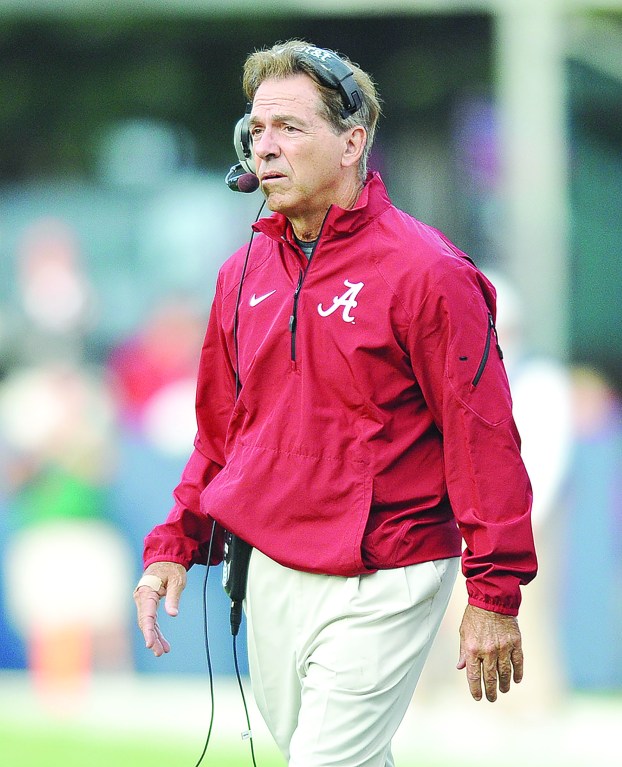 A postseason rampage put both Alabama and the Southeastern Conference back on top in college football last season.

Now, the trick will be staying there with three new coaches in the East and quarterback uncertainty across much of the league, including at ‘Bama.

The Crimson Tide is once again the team to beat in the league, and perhaps nationally, after claiming the SEC’s eighth national title in 10 seasons. That broke a two-year drought for the league, which went 9-2 in the postseason counting the Tide’s playoff wins over Michigan State and Clemson.

“The biggest thing at Alabama is that if you don’t have hunger,” Allen said, “then you’re not going to start this year.”

It’s a luxury afforded by a string of top-rated recruiting classes, even with an unproven backfield.

Tennessee and Mississippi, who have the SEC’s most accomplished returning passers in Joshua Dobbs and Chad Kelly, are trying to continue climbing the ranks.

Longtime Tide defensive coordinator Kirby Smart is now trying to get Georgia over the hump. Will Muschamp’s back in the SEC East at South Carolina and Barry Odom is trying to lead a comeback to division contention at Missouri.

In the West, Auburn and Texas A&M are trying to bounce back while LSU aims for a stronger finish.

The favorites
East: Tennessee. Butch Jones has positioned the Volunteers, led by Dobbs, as front-runners for their first division title since 2007. They have 17 starters back from a team that went 9-4. Florida is the defending champion while three of the seven teams have new coaches. Unlike Tennessee, potential challengers Florida and Georgia entered fall camp without an established No. 1 quarterback.

West: Alabama. The defending national champions, as usual, have talent all over the field. Cooper Bateman is the only quarterback with college experience, but Blake Barnett and David Cornwell were highly rated recruits. The division is typically loaded with coach Les Miles and Leonard Fournette trying to lead LSU back from late-season stumbles. Kelly helps make Mississippi — which has beaten the Tide two straight years — a strong threat, too.

Myles Garrett, DE, Texas A&M. In a league full of elite pass rushers, he may be the best. Has 24 sacks in two seasons.

Cam Robinson, LT, Alabama. Started every game in his first two seasons and will be blocking for a new backfield.

Chad Kelly, QB, Mississippi. Sugar Bowl MVP had third-most passing and total yards of any SEC quarterback in a season.

Nick Chubb/Sony Michel, RBs, Georgia. Both are trying to return from injuries, and both have posted huge numbers when healthy.

New faces
Kirby Smart, Georgia. The standard was made crystal clear when Mark Richt was fired after winning double-digit games nine times in 15 seasons. Smart will be chasing his mentor, Saban.

Trevor Knight, QB, Texas A&M. The former Oklahoma starter could be the biggest on-field addition for any SEC team. Doesn’t hurt that he once led a Sugar Bowl win over Alabama.

Kevin Sumlin, Texas A&M. An 11-13 record in SEC games over the past three seasons and trouble holding onto quarterbacks could at least make it lukewarm.

Les Miles, LSU. Last year’s groundswell of support and a talented roster make him secure — at least until the next three-game losing streak.