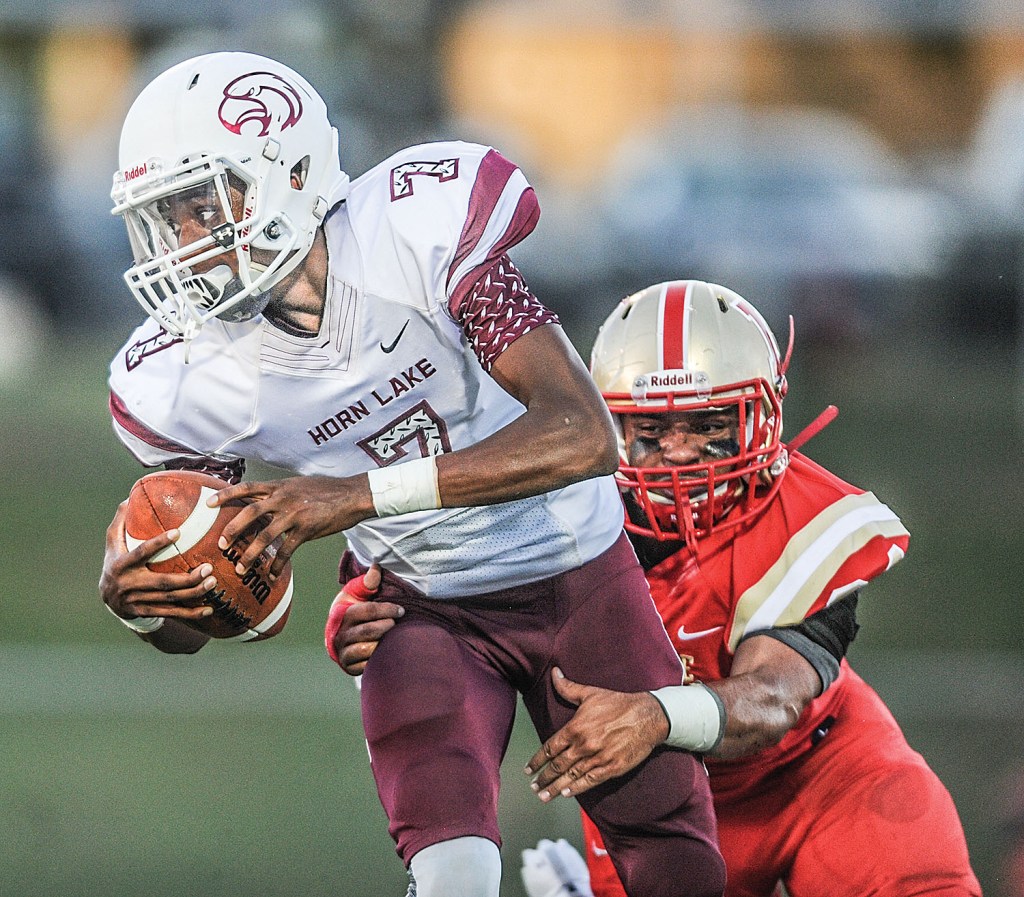 Friday night was the season opener for the Lafayette Commodores. Unfortunately, the Commodores would have some costly turnovers that would ultimately lead to a Horn Lake 26-17 victory at William L. Buford Stadium in Michael Fair’s debut as Lafayette’s head coach.

The game started off promising for the Commodores with an 85-yard touchdown pass from senior quarterback Will Ard to fellow senior Tyler Carmichael-Williams. After that, the Commodores’ offense struggled until late in the fourth quarter — a lead and quarterback change later.

The 7-0 lead was the only lead of the game for Lafayette, and a second-quarter touchdown run by Horn Lake running back Peyton Logan gave the Eagles the lead that wouldn’t change for the remainder of the game.

Logan was just getting started with his first and second touchdowns coming within a two-minute span. A minute after the Eagles tied up the game at 7-7, Horn Lake quarterback Raydarius Jones found a wide-open Ja’Marcus Bradshaw for a 72-yard gain, which Logan capped off with a 7-yard touchdown run, his second of the day.

“(Logan) is a great player,” Fair said. “He’s going to make a lot of people miss. I thought he was the key to the game for them, and when we had to tackle him late in the fourth quarter, we couldn’t.”

At the end of the first half, the Commodores had totaled 146 total yards, most of that being from the big touchdown pass early in the game. By the start of the fourth quarter, Lafayette was at 178, only gaining 32 total yards in a rough third quarter that would end in a long Horn Lake possession that put the Eagles up 20-10.

Hard running, a coverage mistake and costly penalties helped keep that lengthy possession alive and give Horn Lake a comfortable 10-point lead at the time.

Ard struggled throughout the game, and Fair decided to go with backup quarterback, senior Ross Ingram. This choice would prove to be effective but not at first as Ingram threw an interception, but good defense got the ball back to Ingram.

His second drive was much more successful, and a 52-yard run by Jamarcus Quarles set up Lafayette for a 13-yard touchdown run by Tay Tay Owens with a little more than five minutes left in the game.

This is where Logan shined and seemed impossible to stop. He helped the Eagles get three late first downs ending with another touchdown, this one being an 8-yard run.

This put the Eagles up 26-17, and that’s how it ended. The Commodores’ defense did a decent job holding the Eagles, and a few big plays proved to be the difference between a win and a loss.

Fair was proud of his defense and was able to find some good in a tough loss.

“I thought we played great defense, and we never gave them a break in the first half,” he said. “We didn’t take advantage of the short field when we had the opportunities on offense. I was proud of our late-game energy, and we have got to channel this energy.”

With a bye week next week, Fair, who stated he was initially against these open weeks, is ready to get to work and is excited to have the extra time to work.

“We’re going to work on fundamentals,” Fair said. “It’s what this team was built on.”

Lafayette’s next game is at Grenada on Sept. 2.