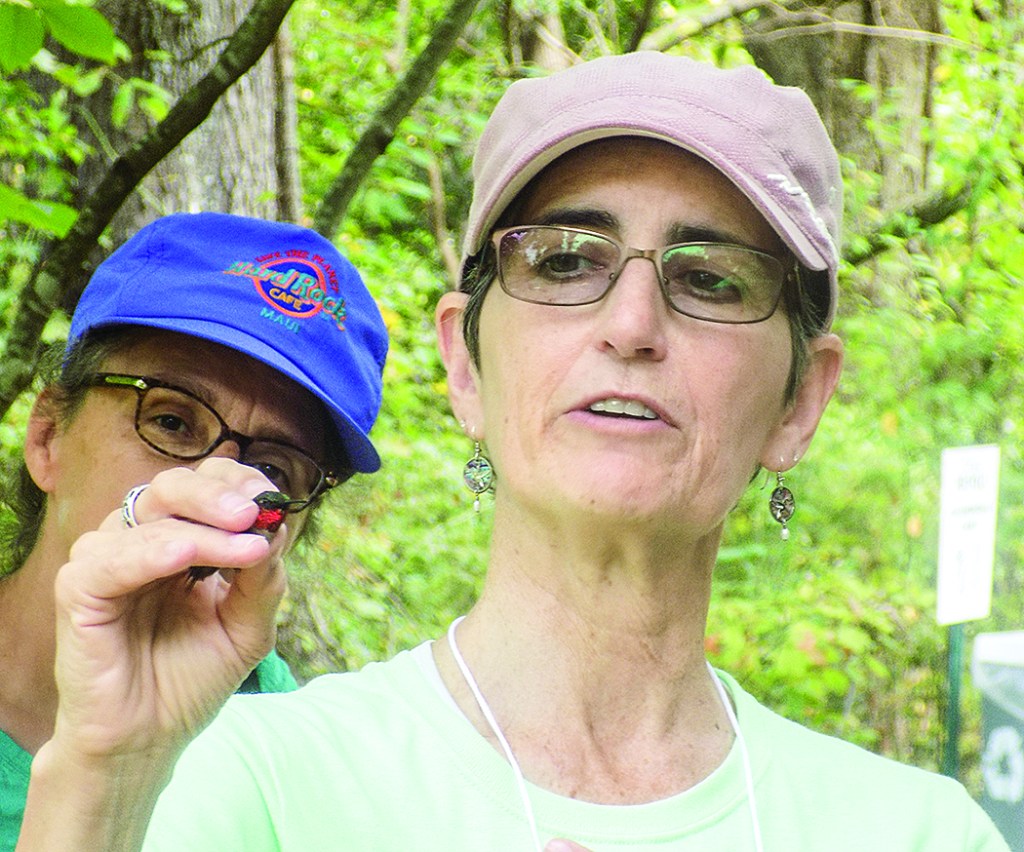 Since 1998, when Ruth Finley and Margaret Finley Shackelford entrusted their land to the Audubon Society, the central goal of Strawberry Plains Audubon Center has been to preserve the wildlife and habitats that dwell within their limits. This includes everything from the largest creatures to the smallest. The latter took center stage this past weekend with the Center’s 17th Annual Hummingbird Migration and Nature Celebration.

From humble beginnings in 2002, the celebration has gone from hosting 100 visitors to as many as 9,000 over its three-day span in recent years. Mitch Robinson, the Conservation Education Manager at Strawberry Plains, finds that hummingbirds are a great way to bring more people out to the Center.

“It’s hard to not find hummingbirds, if not charming, at least intriguing,” Robinson said. “We use them as a way to get people out to the property during their fall migration.”

More specifically, the birds Robinson is referring to are the ruby-throated hummingbirds which migrate east over the Gulf of Mexico this time of the year. Robinson said the birds enjoy the red buckeye and coral honeysuckle plants which grow in the area.

The main attraction of the event are the hummingbird tents where presenters from Southeastern Avian Research based in Clarksville, Tennessee “band” the birds, an unobtrusive practice to keep track of them annually. Billie Cantwell, a presenter from SEAR who has attended the event for the past five years, says that there is still a lot to learn from these small specimens.

“We don’t know much about birds,” Cantwell said. “Banding has taught us that the birds will come to the same yard year after year.”

People of all ages attend the event, from inquisitive youngsters games and crafts entertained numerous school groups. In addition, there were talks and demonstrations scheduled all day in two separate tents catering to the wide audience. From bats to snakes, there was no shortage of wildlife on hand.

Tiffany Leister, a mother volunteering with her child’s class trip from Regents School of Oxford, said that this is her second year coming to the festivities and that she particularly likes the live animal tent.

“My favorite part of the festival is the bat show,” Leister said.

However, that’s not to say she doesn’t enjoy the birds being celebrated.

“When you hear the hummingbird heartbeat I think it’s one of the coolest things about this entire day,” she added.

Robinson is pleased with how far the event has come since its inception nearly two decades ago.

“This is an educational event that’s meant to enrich,” he said. “It’s about as fine-tuned an event as you can get.”

Earlier this year, Mike Muraco, director, met with city officials with a proposal to partner to create an Audubon-sponsored park in the Woodland Hills park that lies between Woodlawn subdivision and the future West Oxford Loop Extended, with its south end touching Anderson Road. The city has already dedicated $250,000 in Phase 1 of the park to create a walking path and some parking.

Katrina Hourin, a planner with the city, said nothing has been finalized with the Board of Aldermen.

“However, the city seems very favorable of working toward a partnership,” she said recently.

If approved, Audubon would help with educational programming, lend their professional expertise on plantings in the park and help establish the park as a bird-friendly location.

“We would also be able to use the Audubon logo which would take us a long way toward fundraising,” Hourin said.