Mississippi State gets boost from Fitzgerald’s emergence at QB 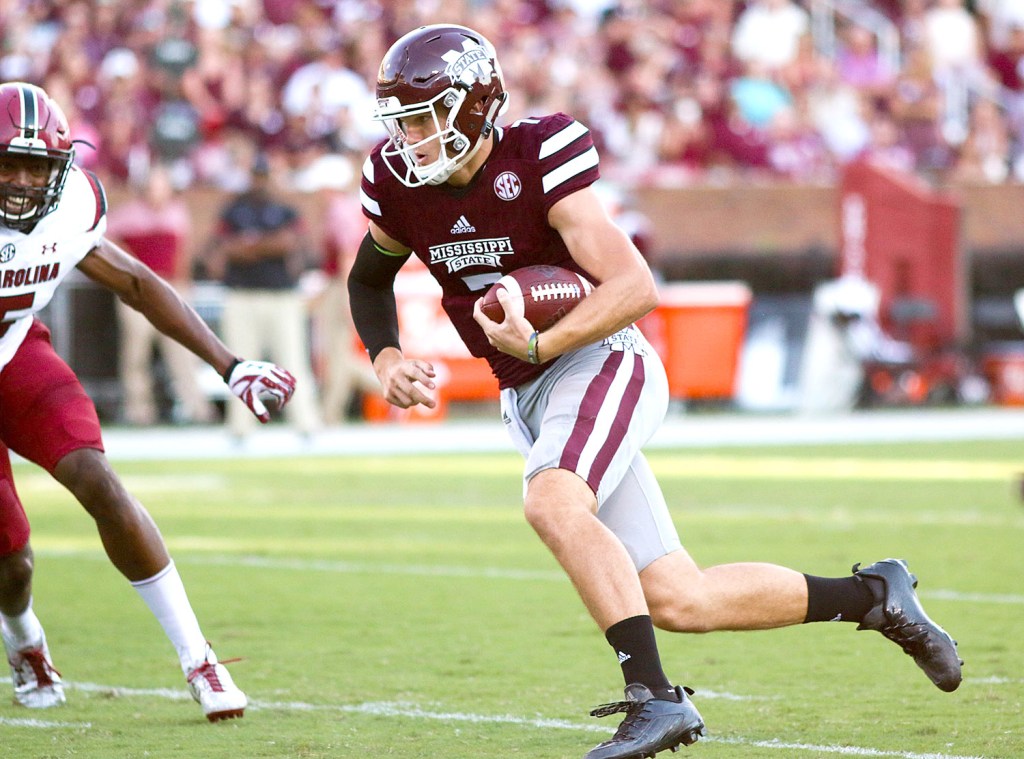 Mississippi State has found some confidence and a starting quarterback going into its game against No. 20 LSU.

Bulldogs’ convincing 27-14 victory over South Carolina last weekend — which included a 24-0 halftime lead — was just what Mississippi State needed one week after a stunning home loss to South Alabama. And the emergence of quarterback Nick Fitzgerald should give Mississippi State some stability under center when the Bulldogs (1-1, 1-0 Southeastern Conference) travel to face LSU (1-1, 0-0) on Saturday.

The 6-foot-5, 230-pound sophomore set a school-record for a quarterback with 195 yards rushing and also completed 19 of 29 passes for 178 yards, two touchdowns and an interception against the Gamecocks.

It’s the kind of performance the Bulldogs desperately needed after the embarrassing South Alabama loss. In that game, Fitzgerald started, but struggled during the first two series and was quickly replaced by Damian Williams.

Against South Carolina, no replacement was needed.

“It’s been my dream since I was six, to be an SEC quarterback and win an SEC football game,” Fitzgerald said after Saturday’s game. “I finally made my six-year-old self proud.”

Mississippi State coach Dan Mullen has said Fitzgerald is a capable runner, but the 195 yards on the ground was still a stunner. Mullen said the best part of the performance was Fitzgerald wasn’t trying to do much — he was simply taking what the defense was giving.

“It wasn’t like he was making dynamic runs and making seven people miss,” Mullen said. “He made good reads and the line blocked well. If you execute well, I think you can see that he will have success.

“Hopefully, he just looks at the things he did well and continues to do those things well.”

Now Mississippi State’s focus turns to LSU. The Tigers have dominated the series over the past few decades — winning 22 of 24 meetings since 1992 — but Mississippi State had a breakthrough 34-29 win over LSU in Baton Rouge in 2014.

That win was largely thanks to the heroics of quarterback Dak Prescott, who is in the NFL with the Dallas Cowboys. Now it’s up to Fitzgerald to lead the Bulldogs into Death Valley.