Lafayette welcomes another test from 3A power Charleston 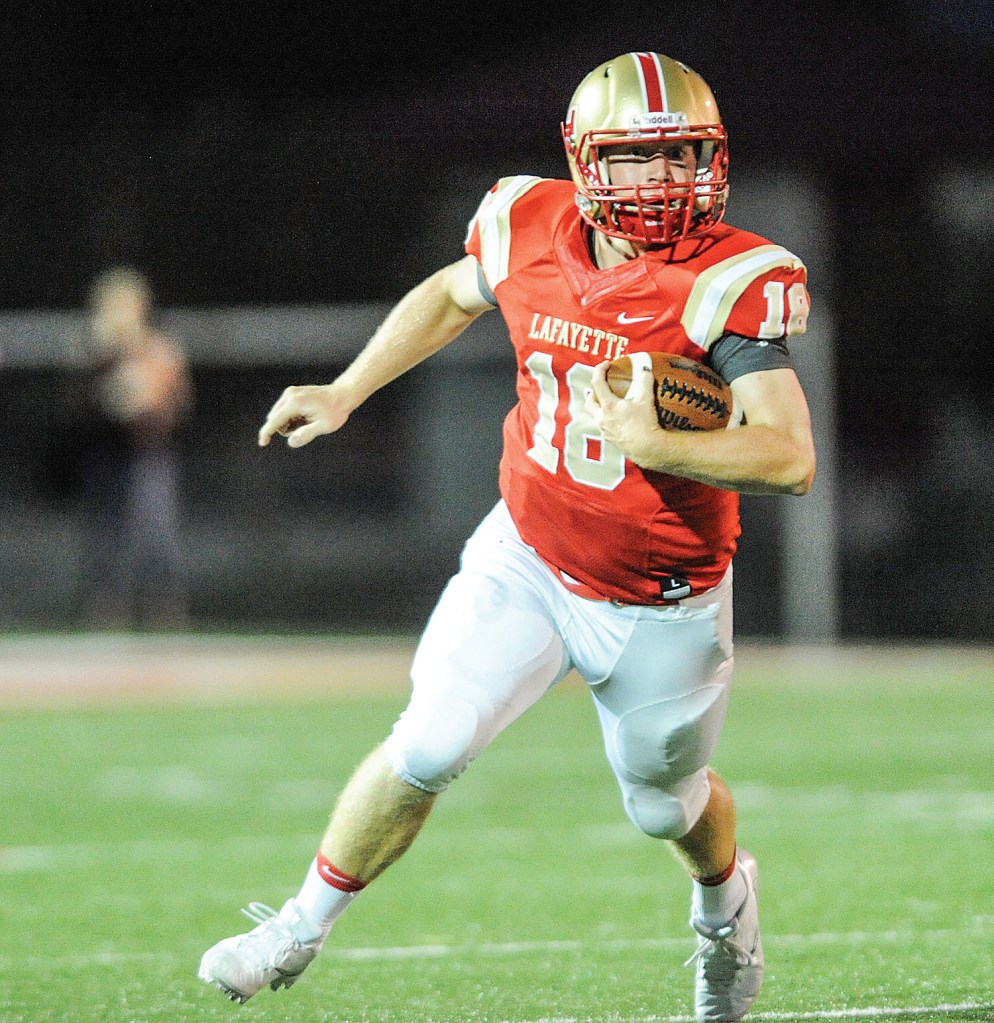 Lafayette’s Ross Ingram (18) and the rest of the Commodores will try and keep their winning streak alive Friday. (Bruce Newman)

After an 0-2 start to the season, in games where it could have easily been 2-0, Lafayette is rolling. Wins over crosstown rival Oxford and Louisville the past two weeks have the Commodores back to .500 football and in a good place heading into their final tune up game of the year before diving into Region 2-4A play next week.

“It’s given us some confidence,” Lafayette coach Michael Fair said. “We’ve had a good two weeks. We feel like we’re improving each week, and it’s going to take a lot of the same to have the same outcome this week.”

Lafayette (2-2) does not get to ease into region play as they welcome perennial Class 3A powerhouse Charleston to William L. Buford Stadium on Friday (7 p.m., 105.1 FM). The Tigers (4-1) are constantly battling for the Region 2-3A title and have come away with it in recent years and are winners of three of the last four 3A state championships. This year looks to be no different.

The Tigers are not a foreign opponent to Fair, who coached against them his two years at Senatobia. Charleston got the better of Fair both times, and last years’ team looks very similar to what he has seen on game film this year. When preparing for a team like Charleston, there is not one key threat to focus on offensively. Dual threat is a common theme among the quarterbacks, wide receivers and running backs for the Tigers.

“They’ve got a lot of guys that can run really fast,” Fair said. “They’ll run two or three quarterbacks, two or three running backs. It’s hard to key on one guy because they do such a good job spreading the ball around. They’ve got some receivers this year that they feel comfortable with throwing the ball downfield.”

Leading Charleston statistically at quarterback is senior Tre Truly, who is 26 of 48 for 407 yards. Five different players have taken at least one snap at quarterback and all six have combined for nine touchdowns through the air.

On the ground, the Tigers are led by senior Billy Kimble, who has carried the ball 84 times for 547 yards and four touchdowns. Kimble has four games of at least 100 yards rushing out of the five Charleston has played. Truly has also accounted for four rushing touchdowns on 55 carries for 198 yards.

The defense knows what they are in for, but Fair is confident in his offense, which is averaging 22.3 points a game, being able to make an impact against a Charleston defense that is giving up 12.2 points per game.