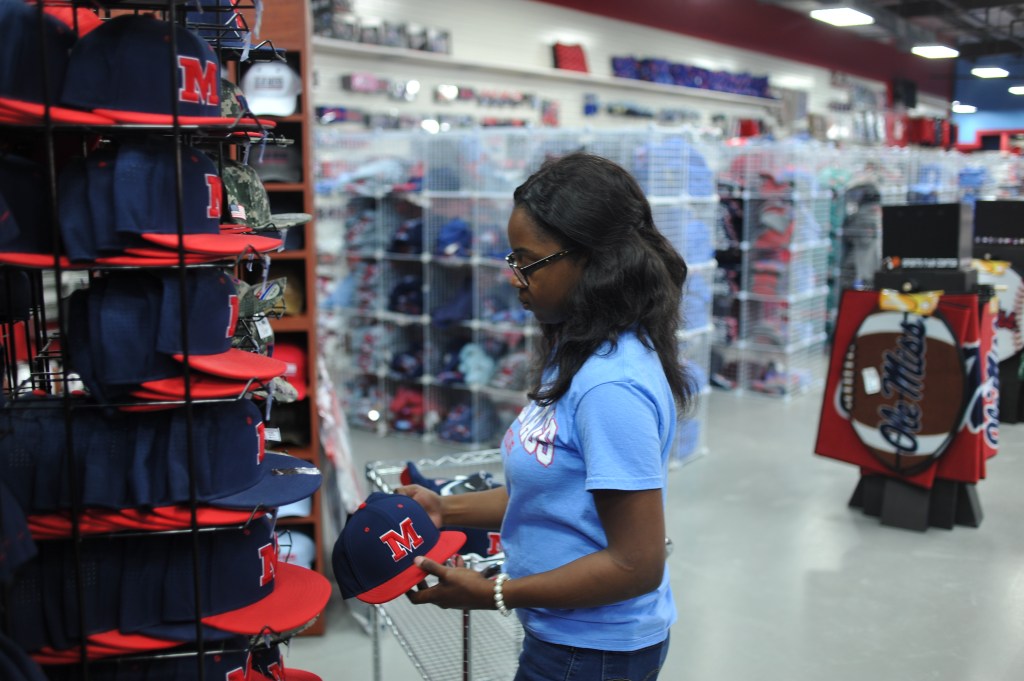 For 11 years, recently renovated Rebel Rags has kept rabid Ole Miss fans satiated with their extensive supply of team gear, tailgating necessities and memorabilia. Terry Warren, who has been a business owner in Oxford for over 25 years, says that business is booming whether the Rebs are on the field are off.

It’s no surprise that during football season, jerseys are a top-selling item.

But during the offseason, the items sold tend to vary.

“Ladies come in and buy workout gear,” Warren said, “And a lot of tents and coolers. Baseball caps are huge when the baseball team does well. Every week it’ll be something different depending on what’s going on.”

The recent renovations, which were revealed last Thursday, reflect the high sales figures of the store. Warren said that the store has been transformed from its humble 2,800 square feet beginnings to a newly estimated 26,000 square-foot shrine to Ole Miss.

“We tapped a market where fans were looking for a product and under one roof,” Warren said. “And that’s our concept: anything and everything Ole Miss. We throw so much stuff at you that we truly want all of Ole Miss’ business. We may not get it, but we’re going after every single customer and try to make them happy.”

Warren is looking to expand the team store concept to other universities with renowned athletic programs as well (one in the ACC and one in the SEC), but he is unable to reveal the exact locations at this time.

Warren is also quick to thank the Ole Miss fans and Oxonians who have made Rebel Rags a staple in the community.

“The truth is, without the Ole Miss fan, we can’t be here,” Warren said. “And they’ve been loyal, to not only us, but the whole Ole Miss family. By buying the product and wearing it, not only on game days, it supports the school.”