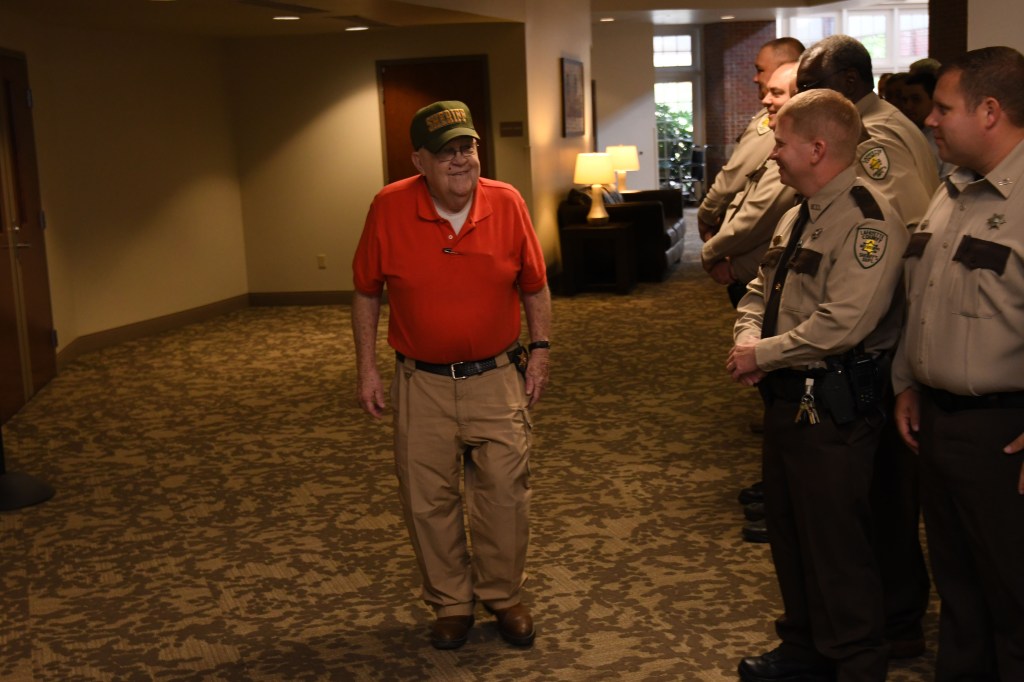 Lafayette County sheriff Buddy East walks past a line of deputies at an appreciation ceremony in his honor at the Oxford Conference Center, in Oxford, Miss. on Friday, September 30, 2016.

Longtime Lafayette County Sheriff F.D. “Buddy” East was honored Friday at the Oxford Conference Center for 44 years of service to the community, which makes him the longest-serving sheriff in the state.

The 74-year-old East is currently in his twelfth term as sheriff after having started his career in law enforcement in 1964.

In 1965, East began working part-time with the Oxford Police Department, eventually being elected as sheriff of Lafayette County in 1972.

A host of officers and community leaders came out to thank and congratulate East for his service. Several proclamations were given to the sheriff for what Representative Jay Hughes referred to as a “storied career”.

“He’s the model of a public official,” Senator Gray Tollison said during another speech. “He’s someone that we as public officials should aspire to be.”

During his long tenure as sheriff, East has established many programs in Lafayette County, including implementing a ten man SWAT team and Project Lifesaver, which applies tracking technology for searching and rescuing those with cognitive disorders.

U.S. Senator Roger Wicker, who has known East since 1971, issued a proclamation from the National Sheriff’s Association. Soon after, Mississippi Attorney General Jim Hood presented East with a plaque from the Mississippi Sheriffs’ Association.

“He treats people the way they want to be treated,” Hood said. “He’s an example for the county.”