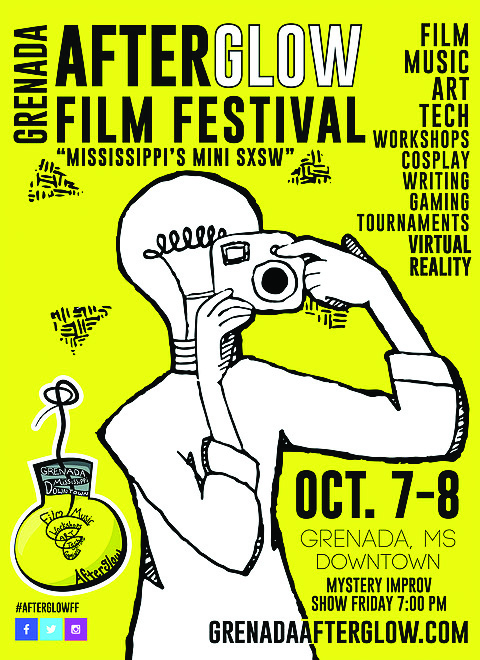 When Grenada natives and sisters Katrina and Isabella Kinder started a film and tech festival in their hometown in 2014, it was no small feat.

Especially when you consider they were 17 and 14 years old, respectively.

The Grenada AfterGlow Film Festival bills itself as “Mississippi’s Mini South By Southwest,” and with good reason.

The Kinders’ event showcases film, music, visual arts, technology and Mississippi food trucks for a weekend that highlights the best of all forms.

Katrina Kinder, 20, says the idea came to her and her sister after their parents had taken them to other film fests, particularly the Oxford Film Festival.

“We went every year and we just really enjoyed it,” Katrina said. “We were interning on a film project with a crew that had come to Grenada and Deborah Hicks Midanek Bailey, who started that project, owned a bunch of buildings downtown.

“When we were working on that with her, we found out that one of our films had been accepted to a New York film festival and played in Times Square. I had mentioned to [Bailey] that it had been a dream of mine to have our own film festival. And she said, why not?”

Assembling the festival for the past three years has been no easy task for the Kinder sisters.

With 300 film submissions from all over the world for this year, they had to sift through them to find the ones that worked best for After Glow.

They settled on 74 films, with 19 by Mississippi filmmakers.

“There’s a lot that goes on behind the scenes of planning a festival that you wouldn’t think about,” Katrina said. “We’ll start planning for next year’s festival the day after this year’s fest ends.”

Aside from the festival’s namesake, Katrina says that she’s also looking forward to the virtual reality gaming device, the HTC Vibe, which will be on display.

“I think the tech workshops are going to be a big hit because we have Innovate Mississippi coming to talk about tech-based entrepreneurship,” Katrina said. “We’re going to have a drone demo with a drone giveaway as well.”

Katrina thanks the Oxford Film Festival and the Yoknapatawpha Arts Council for their encouragement and advice with the upcoming event.

“The goal of the festival is to help people make connections with other creative minds,” she said.

For more information about the festival, check out grenadaafterglow.com.