Lafayette keeps piling up wins with rout of Rosa Fort 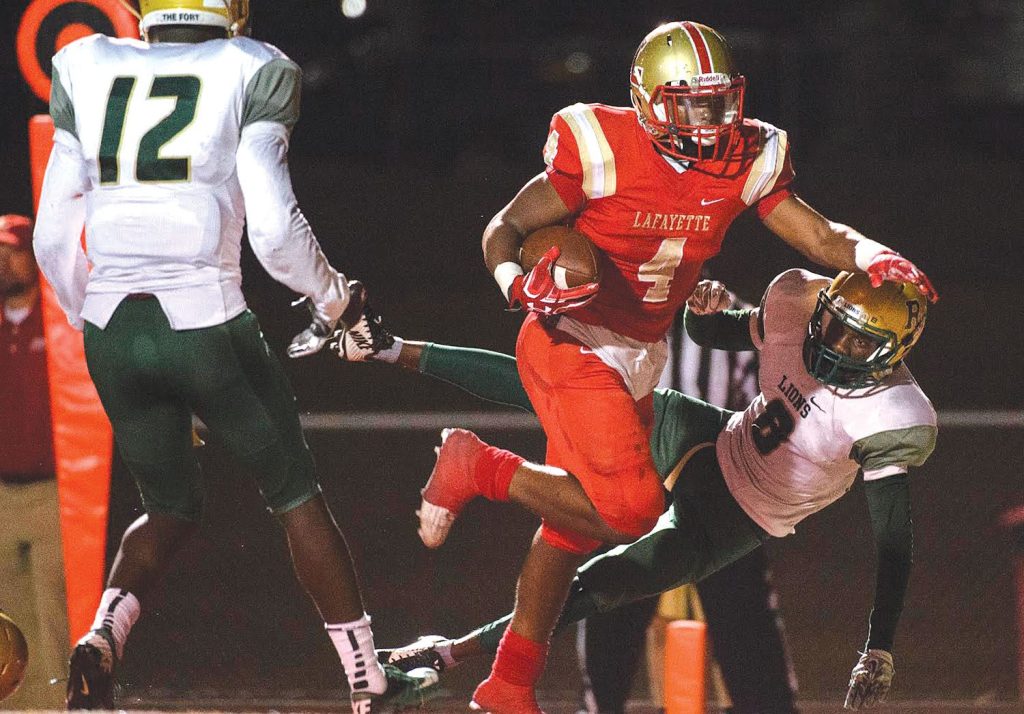 Even on short rest, Lafayette looks like a team that will be a force to be reckoned with come playoff time. Rosa Fort was the latest team to learn that lesson as the Commodores dominated the first half for a 56-8 win Thursday on homecoming night over Rosa Fort at William L. Buford Stadium.

It was the fifth straight win for Lafayette (5-2, 2-0 Region 2-4A), which has not lost since the second week of the season. The win was also the second in six nights for the Commodores, who had a short week with the game being moved up a night.

“We’re playing well right now,” Lafayette coach Michael Fair said. “We’ve got some confidence, but we don’t want to lose sight of what got us here. … These district games just carry so much weight.”

The pace of the game was dictated by the Commodores from the opening whistle, marching 70 yards on nine plays with the drive being capped off by a 30-yard touchdown pass by quarterback Will Ard to Dillon Woods for the early 7-0 lead.

Two possessions later, Lafayette used a six-play, 66-yard drive that was once again punctuated with a touchdown pass from Ard, this time to Brandon Turnage, to put the Commodores up 14-0.

The scoring kept coming in the second quarter as the Commodores added two more touchdowns to make it a commanding 42-0 lead at halftime.

The hot start was mainly from the Lafayette running game having its way with the Rosa Fort defensive front. Running backs Jamarcus Quarles and Jamie Shaw provided a two-headed monster that the Lions had no answer for.

The duo combined for 210 yards and two touchdowns on the ground.

Defensively, Lafayette pitched a shutout for nearly the entire game until Rosa Fort scored on a 46-yard pass late and converted a two-point try for the final margin of the game. The Commodores had three interceptions on the night.

“We played an odd-man front tonight, which is new for us,” Fair said. “We want to be as multiple as we can. We ran a three-man front and played really good.”

The game featured touchdowns from two players who may not be household names this season for Lafayette. Senior scatback Quincy Twilley got his number called and scored on a 3-yard run late in the first half. On the first drive of the second half, junior tight end Nick Onsby scored on a 23-yard pass by Ard.