Ingraham excited that Sinfully Southern is now a reality 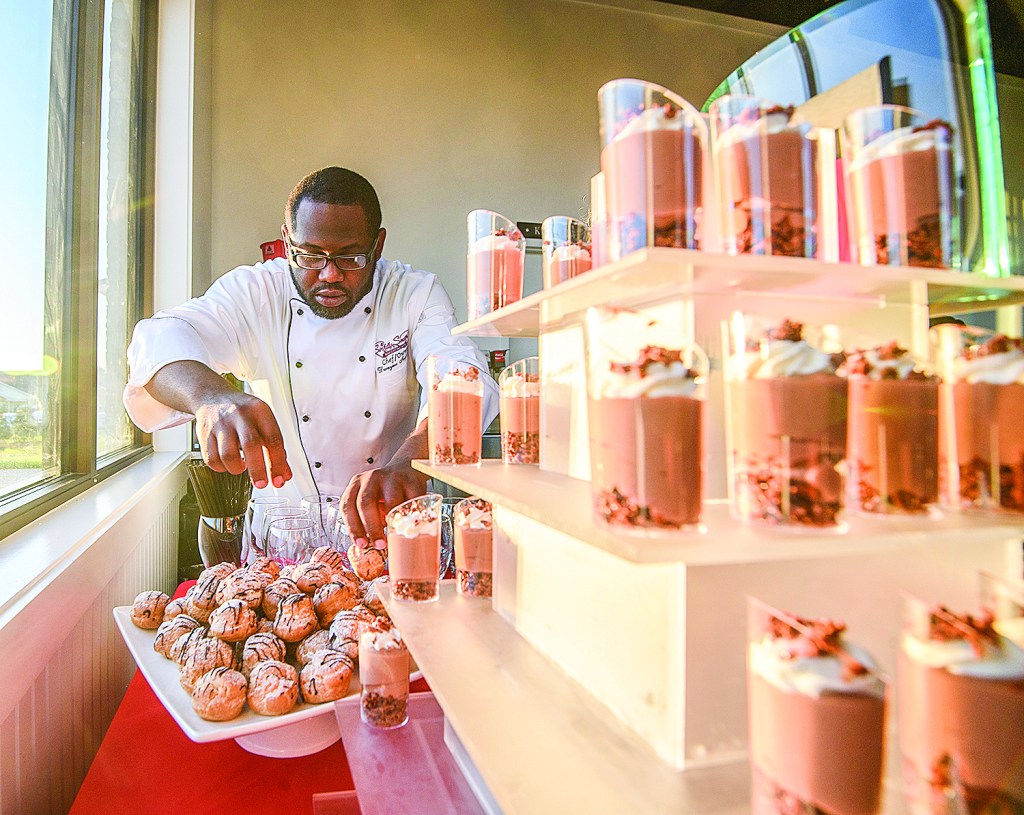 Since he was a child growing up in Boothville, Louisiana, Dwayne Ingraham has been in the kitchen cooking up Southern staples. After being the corporate executive pastry chef at John Currence’s City Grocery Restaurant Group for six years, Ingraham is setting out on his own with his first restaurant: Sinfully Southern Bakery and Café.

“I’ve dreamt about opening a restaurant since I started culinary school back in 2006,” Ingraham, 33, said. “But I think it hit me that it could really be a reality after I did the Spring Baking Championship. By then, I thought that I could make it on my own.”

Ingraham is referencing the Food Network program and competition that has been held for the past two years (he also appeared and won on the channel’s popular show “Cutthroat Kitchen”). But the chef also comes from a distinguished culinary background that precedes him.

Ingraham graduated from the New England Culinary Institute and went on to work on for heavy-hitters like the Ritz-Carlton in Sarasota, Florida as well as the Encore and MGM Grand Hotels in Las Vegas.

He says his six year stint with City Grocery prepared him in more ways than one for his own venture.

“There was a lot that was expected of me when I was at City Grocery, and Chef John always expected the best,” Ingraham said. “He wanted us to keep a high sense of customer service and hospitality. When I was there, I had five restaurants and a catering department under my belt that we had to produce for every day.”

However, he also credits growing up in a family that believed in always eating well for bestowing him with a lifelong interest in food.

“I had one of those old school grandmothers who always said, ‘feed your children’,” he says. “My love for food came from my family.”

“The savory food on the menu is what I grew up eating and making, so the actual construction of the menu wasn’t difficult,” Ingraham said. “It’s just about balancing both sides of the culinary world.”

Recently, Ingraham was named the Sweetest Chef in the South in a competition run by the Southern food website Eat Y’all. While last year, the event was used to highlight Southern pastry chefs, this year the World Food Championships endorsed the competition. Ingraham won with a version of banana pudding that included dulce de leche and Chantilly cream. His victory granted him entry in the World Championships next month in Orange Beach, Alabama.

But for now, Ingraham is focused on giving Sinfully Southern a proper opening.

“I’ve always been a person of ambitions, dreams and goals,” he said. “I fully realize what a blessing it is to be in this situation.”