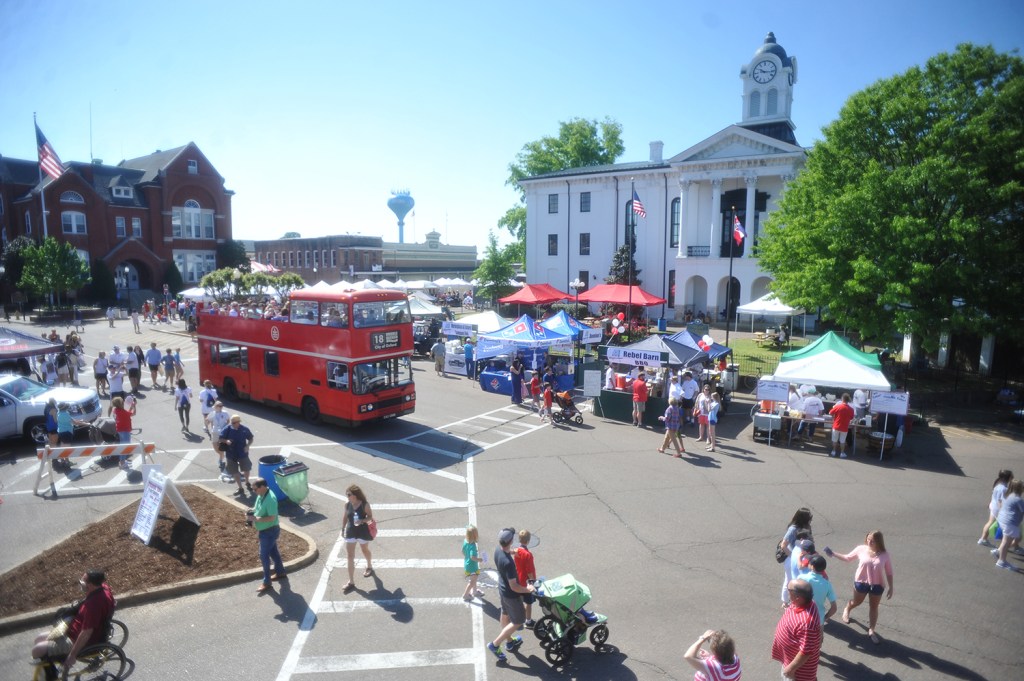 Though the Double Decker Arts Festival isn’t until April, planning has already begun for the two-day event which is celebrating 22 years in 2017. This includes a new competition for local artists to submit work in hopes of being crowned the “official artwork” of the festival.

Lee Ann Stubbs, the Double Decker Festival Coordinator for Visit Oxford, says the idea for the competition came from a desire to keep the “official artwork” local.

“We wanted to do something fun for our local Oxford residents and give them the opportunity to apply because the festival is so unique and special to our town,” she said.

She also said the judges will be looking for something new this year, but that applicants must include the bus in their designs as it’s a “crowd pleaser.” The winning design will be printed on festival t-shirts and on the official poster for the event.

Stubbs notes that submitted designs should be as close to finished as possible. The selected artwork will also be reworked for the poster layout which will include the music lineup and festival sponsors.

The winner of the competition will be chosen by Dec. 1, 2016. The festival will be holding a public press conference to unveil the artwork at the beginning of the New Year. A free art vendor booth will be given to the winner the day of the festival.