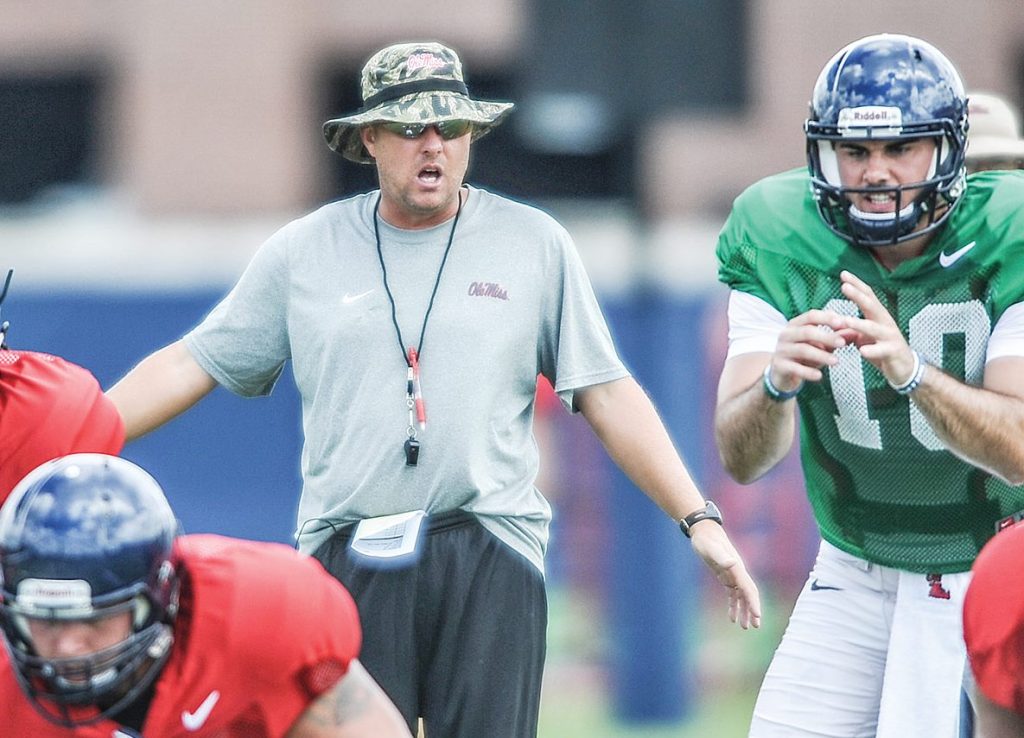 Ole Miss won’t come close to playing for any championships, but the Rebels aren’t throwing in the towel on this season.

In fact, head coach Hugh Freeze said, it’s been just the opposite this week in practice as Ole Miss tries to snap its first losing streak since 2014 and get back to .500 against No. 15 Auburn at Vaught-Hemingway Stadium on Saturday (6:15 p.m., SEC Network).

“Our objective is to compete in such a way that our confidence bounces back. We’ve had two good days.”

Auburn (5-2, 3-1 SEC) is trending in the opposite direction with four straight wins behind a defense that’s third nationally in scoring (14 points allowed per game) and an offense that’s also third in the country in rushing at more than 303 yards a game. Kamryn Pettway and Kerryon Johnson each have more than 500 yards on the ground this season, but the Tigers also do it with a number of different options, which could spell trouble for an Ole Miss defense that ranks 113th nationally against the run.

“It’s a lot of moving parts and a lot of things going on,” Freeze said. “Any of those guys on the field could carry the ball on a given play. It’s always been that way, and it is a difficult thing. You’ve got to play assignment sound for sure.”

Freeze declined to give any further update on the status of senior linebacker Terry Caldwell, who met with Freeze on Monday after ESPN cameras showed Caldwell being sent to the locker room during the fourth quarter of Ole Miss’ 38-21 loss to LSU. Freeze said Monday the situation was being handled internally.

“That’s between Terry and I and our team,” Freeze said. “We’ll leave it there.”

Ole Miss’ players held a meeting amongst themselves Tuesday to talk about the issues plaguing the Rebels (3-4, 1-3). Freeze said he didn’t know much about it as the players have kept what was said to themselves, but the coach said he didn’t have a problem with it.

“I fine with that as long as the leadership that’s leading it is representative of our core values and what we’re trying to get accomplished,” Freeze said. “I don’t know exactly what happened, so it’s hard for me to say, but I know that Evan (Engram) and Marquis (Haynes) were behind it. I trust those two.”

Wiley and a female, Legend Fultz, were arrested in July for domestic violence simple assault, but both dropped the charges against each other last month.

“We’re excited about his future,” Freeze said. “We think he’s a special talent.”